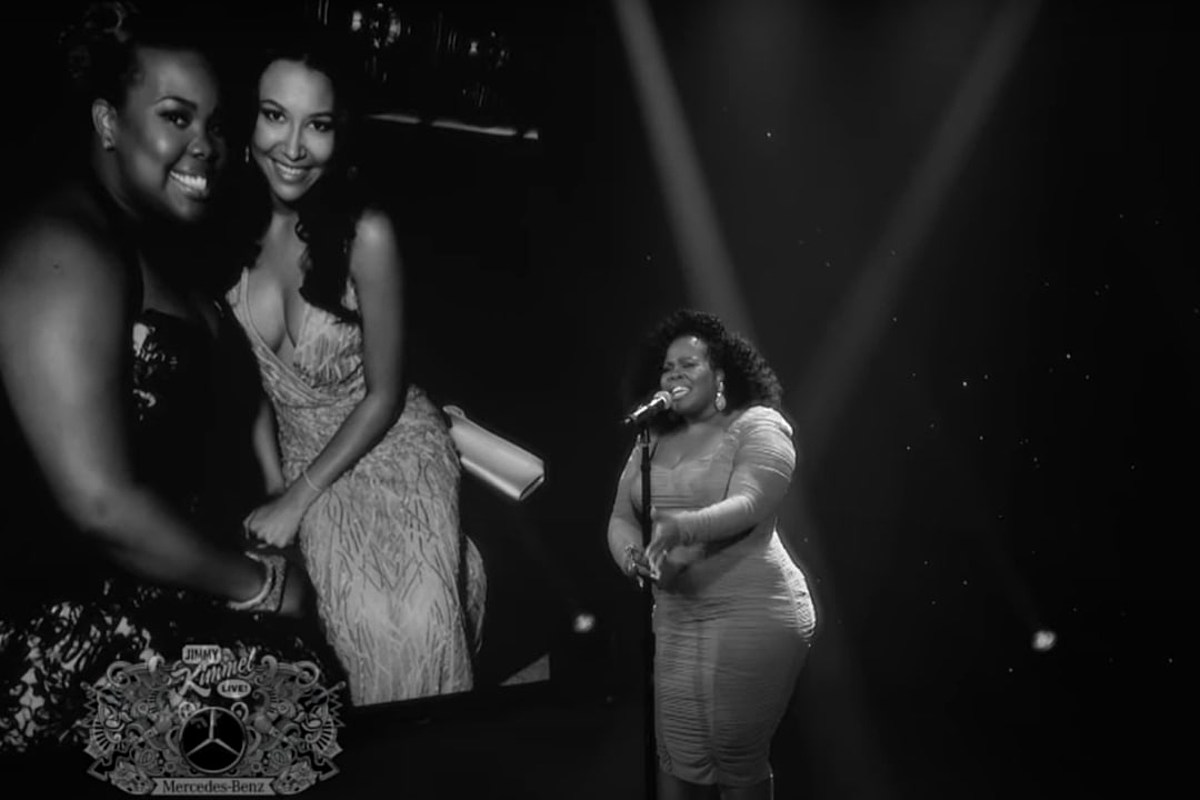 Riley took the stage on Jimmy Kimmel Live on Thursday (August 27) to perform her original song, "A Moment." Riley has a new EP debuting on October 2 with the same name.

The performance was filmed in black and white, while photos of Rivera and her son Josey flashed across the big screen while Riley belt out the ballad.

Watch her performance, below.

Prior to her performance, Riley received words of encouragement from Glee alum Chord Overstreet. "I can’t wait to see this Amber," he tweeted. "You’re gonna crush it! Love you Amb!"

"I didn’t make it 15 seconds before I was a puddle," Riley tweeted after the performance aired. "I love you Naya. RIP Angel."

"Naya’s amazing mom gave me those photos," Riley added. "Thank you Mama Yoli Face throwing a kiss continue to uplift and pray for them."

Rivera went missing on July 8 while out boating on Lake Piru with her 4-year-old son Josey. Search and rescue teams discovered her body on July 13. She was later laid to rest in a private funeral service on July 24 with only close family and friends in attendance.