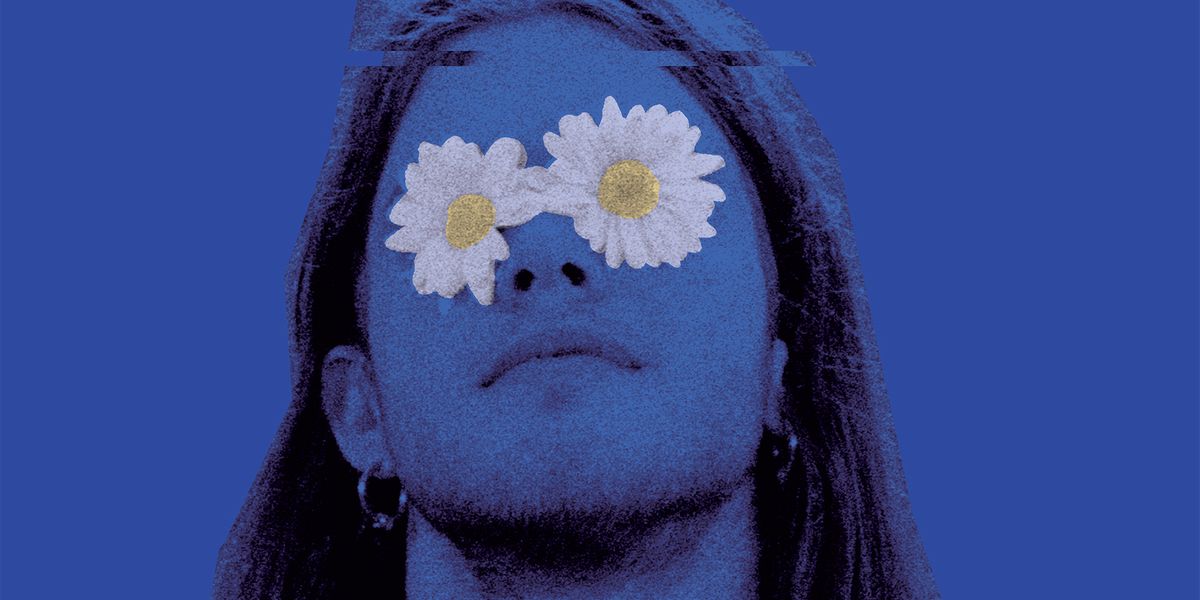 All I Can Say is a documentary that chronicles five years in the life of late Blind Melon vocalist Shannon Hoon. It is not, however, a rock documentary. It doesn’t follow the rise and fall of an American rock band as it enjoys massive fame, adulation, and then the cold realities of a fickle public. Instead, the film reveals the musician’s struggles with anger, addiction, and the fame that visited him swiftly in the early 1990s. The story is told entirely through Hoon’s eyes and in his voice.

Hoon filmed himself obsessively in the run up to Blind Melon’s meteoric success all the way until hours before his death in October 1995. The film is framed with an image of the musician in a hotel room, talking about his plans for the day. Within hours of that footage being shot, Hoon would be found dead on Blind Melon’s tour bus.

According to Danny Clinch, he and co-director Colleen Hennessy had bonded over a shared love of Blind Melon and had entertained making would have been a more conventional film about the band. They laid the groundwork for that picture and at one point were granted access to the late singer’s tape archive via his longtime partner, Lisa (Crouse) Sinha, and their daughter, Nico. “We were blown away by the content,” recalls Clinch. As he and Hennessy marveled at the hours of film available to them, they connected with Taryn Gould, who drive the project in a different direction. “We realized how complete a document Shannon had left us,” Clinch says.

Hennessy notes that the contents on the tape ranged from the hilarious to the tragic. Though Hoon’s personal life may have been in disarray at moments his archiving skills proved meticulous: The tapes were numbered and dated, providing a relatively easy roadmap for the filmmakers. “There were certain plot points we knew were coming, being familiar with the band’s career but, over the course of watching the footage, different themes started to emerge and we realized how complete his archive was,” she says.

Hoon captured details great and small: Brushing his teeth, teasing his father about going to jail for a DUI, opening for Neil Young, the Rolling Stones, and playing Woodstock ’94 in makeup and a dress. The footage is captivating and serves as a reminder of how quickly the band rose and fell: Its eponymous debut arrived in 1992 and soared to the upper reaches of the Billboard charts with the single “No Rain”, which was issued in the summer of 1993.

For nearly a year “No Rain” was omnipresent on FM radio, MTV, and college dorms. It helped that the video featured an unlikely star: The Bee Girl. Played by Heather DeLoach, the character, replete with oversized glasses and a bee costume, proved a memorable visual hook. As inspiring and memorable as the video was for some, it may have ultimately undermined the musical brilliance of Blind Melon: Hoon’s Jon Anderson-esque vocals, Crosby, Stills, Nash, and Young-style dynamics within the tune itself and a lyric about dancing within loneliness.

Reading the lyrics now, some 25 years after Hoon’s passing at age 28, one gets a sense not only of his brilliance as a writer (“Soup”, the titular track from the group’s 1995 sophomore release delves deeper into the singer’s psyche and also suggests that he was a far more astute observer/wordsmith than given credit for in his lifetime) but the pain that informed his life and art. “The film is really a portrait of a person but also of a time,” says Gould.

Included in All I Can Say are glimpses of watershed moments, such as the LA riots, the deaths of cultural figures such as Charles Bukowski, and acknowledgments of the group’s own success and its fallout. From there, Gould adds, a larger significance to the tapes began to reveal itself. “It was the first generation that had that type of technology in their hands,” she notes. “We got a real view of one person’s relationship with that technology and we started to extrapolate to how far that relationship has come. Today, our daily lives are dominated by filming ourselves, archiving ourselves. I feel like there was some immediacy and insight into our relationship with that technology. There’s a timestamp of the footage that serves as kind of a countdown, you know how much time Shannon has left.”

Working with the archaic technology of videotape also provides the film an added dimension of drama: The degradation of the source material reveals itself throughout, giving the viewer a chilling reminder of time’s passage. “There were repeating patterns that emerged and one of them that emerged was this glitching out with the tapes”, says Hennessy. “At one point, Shannon says that he’s watching back through the tapes and they’ve started breaking up, losing the image. Watching the disintegration was a powerful reminder of what happened to Shannon and what happens to all of us.”

The story could not have been told without addressing Hoon’s battles with addiction. In one scene, the singer acknowledges that he’s scored heroin. What follows is a series of images of a man in isolation, drifting from his ambitions and those closest to him. It proves one of the most understatedly cautionary moments of the picture. “Being on the road, being in a band aren’t all they’re cracked up to be”, says Clinch. “Neither are drugs. Doing drugs can be a really lonely and paranoid time. It can be hard to get out of. I think what’s important to us is that people recognize that. We hope that people can make better decisions for themselves.”

The filmmakers have also partnered with MusicCares to help raise funds and awareness for those in need of assistance in combating addiction. Clinch adds that in-person screenings of the film brought them face-to-face with others whose lives have been impacted by addiction. “People were not only talking about the band and their music but mental health and addiction,” he notes.