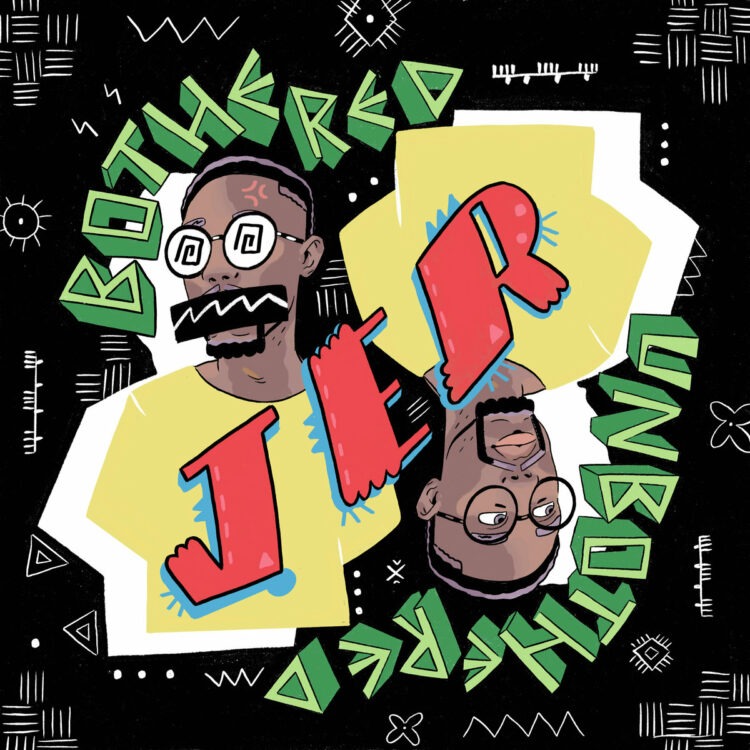 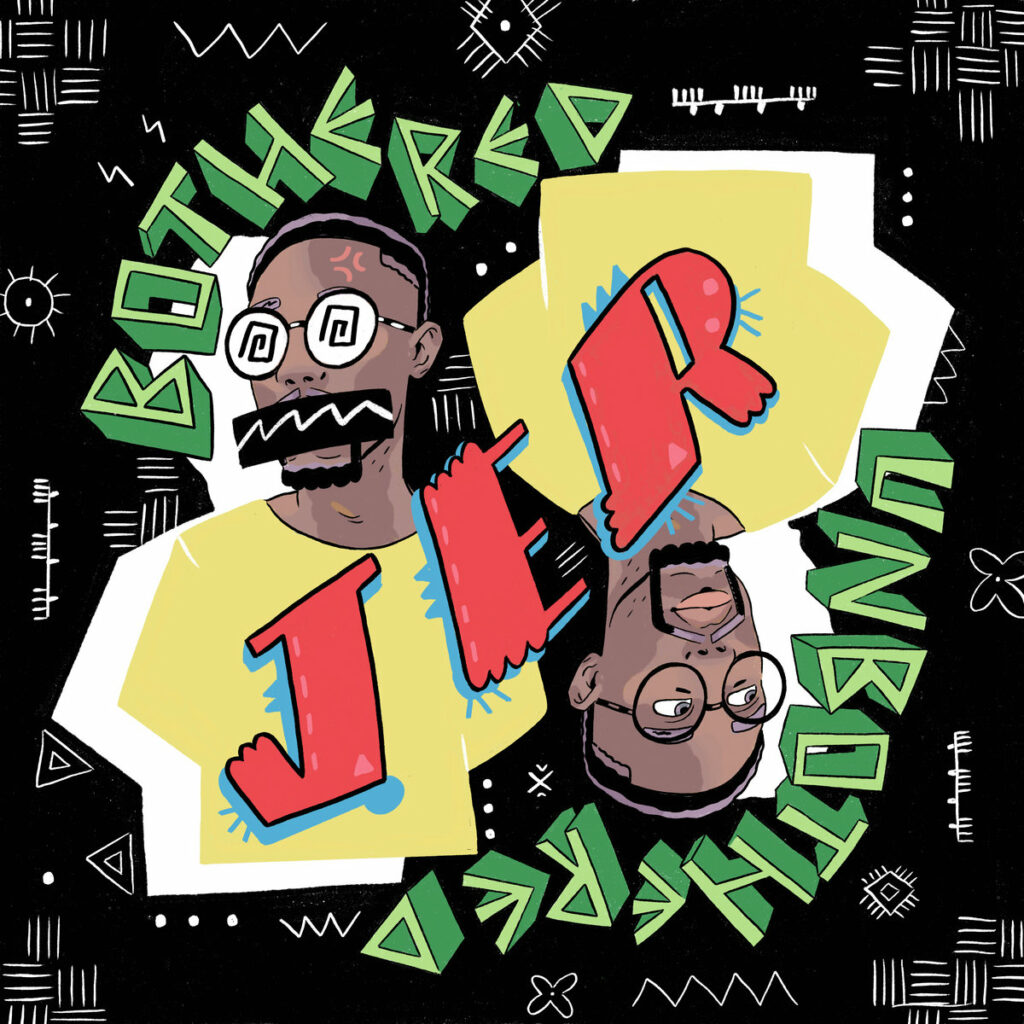 If you follow modern ska music to some degree, there’s probably a zero percent chance you’re not at least a bit aware of JER’s work doing wild and transformative covers as Skatune Network, playing trombone in We Are The Union, as a guest musician on a slew of recent records (including popping up for a killer solo on the Bruce Lee Band record also out today), or just being an all around cheerleader for the genre, hyping bands and holding early premieres for records on their youtube page. Up until this point, though, there have only been a handful of JER solo songs, all which pointed at inventive sound that was rooted in ska, but free to wander in any direction, and lyrics hitting on a blend of the political and personal, and where those two bleed into each other. On BOTHERED / UNBOTHERED, JER carries the sounds and inventiveness of those singles, creating a record that’s wholly unique and entertaining while never shying away from uncomfortable lyrical topics or dressing things up in too many metaphors.

The record starts with a blaring trombone overtop a wild rhythm section, and the guitars jumping styles four times before the first chorus of “I’m losing my entire mind / cause we can’t agree on what’s wrong and right.” The song’s title “Bothered” matches the energy of the band and JER’s vocal delivery of lines like “a violent occupation that forces assimilation / and the root of exploitation carrying the god damn nation” and “it’s somehow a debate on who deserves human rights.” “You Got Your ***** Card Revoked!” keeps things up musically with a killer horn line, as JER examines how their identity is perceived with a chorus of “I’m a walking contradiction / you don’t get my existence / you say it’s troubling / my identity,” ending with the idea that no one is owed an explanation for their existence, as they deliver the final lines of “I shouldn’t have to prove myself / within my own community / I shouldn’t have to prove myself to the worst ally I’ve ever seen.”

Those tunes are followed by “Clout Chasers,” probably the most immediately poppy and catchy tune on the record, and “Cold Truth,” one of the wildest tracks. “Clout Chasers” is direct and to the point, as JER sings “maybe I’m just too nice / too much sugar and no spice / I’m investing way too much / into people who couldn’t give a single fuck / about me.” The highlight of the track comes with the trombone breakdown—really, the trombone is one of the highlights of the album overall. While JER sounds sick on guitar, bass, and vocals all over the record, the trombone constantly steals the show with how fat of a sound they get out of it. “Cold Truth” kicks off with one of the more wild and complex guitar riffs on the record before breaking into a pattern that wouldn’t feel out of place on an old Rancid record mixed with a synth line that goes absolutely nuts, bordering on chiptune (keys are provided by Esteban Flores, who also showed up on Catbite’s killer record from last year).

It’s almost a shock when “Decolonize Yr Mind” kicks in at a slower pace—the first moment to breathe on the record, and one of the best tunes here, it kicks off with the lyrics “I’ve been dreamin of an alternate reality / free of colonizers severing our histories / with a connection to land and earth, identity” overtop a steady upstroke from the guitar. Like the record overall, the song uses that ska pattern to blast off into a bunch of different directions, breaking into a rap in the second verse with lines like “could you imagine if we never got robbed? (god damn) / if our labor and our land wasn’t ever stolen by the bourgeois / if we weren’t targeted by the law? / But we comin out on top whether you like it or naw,” capped off with a vocal feature from Elise Okusami of Oceanator. The whole thing ends with a spoken word outro overtop of a mind-bending guitar solo reminiscent of radical, experimental 70s music.

After a brief spoken word intro (“people get built different. We don’t need to figure it out, we just need to respect it.”), the second half of BOTHERED / UNBOTHERED kicks into gear with “Garden of Understanding,” still a tad slower than where we started, with a great horn line and some auxiliary percussion that adds a nice touch. The lyrics seem to touch on a different aspect of identity than “You Got Yr ***** Card Revoked,” and from a different angle, as the chorus lands on a hopeful note of “let’s settle down / and breathe it out / this world’s ever changing / because I know / that we can grow / a garden of understanding.” It’s followed by “Maybe…” the slowest track on the album, feeling at times as much of an alt-rock ballad as it does a ska tune and creating one of the album’s more reflective moments.

By the time “Nobody Can Dull My Sparkle” comes around, JER sounds like a different person from the first track, rising above the bullshit (but not ignoring reality), as they deliver the chorus of “Imma be real witchu / I started being real with me / I can’t be bothered by you / wasting my energy.” It’s fittingly the most upbeat and celebratory tune on the record, hitting the idea that there’s not really much you can do about societal problems or helping others until you can accept and embrace who you are and how you fit into all of this.

As indicated in the title, the final track “Unbothered”—which may be the best on the record—forms a pair with the opener “Bothered,” even echoing the “I’m losing my entire mind” from that track with a more, well, unbothered view of “I’m done losing my entire mind / this circle that I find myself in will treat me right.” By the time the tune fades out on a piano playing the horn motif from both tracks, you feel brought back to the start of the album, as the themes are echoed, but with a new perspective. It’s not that the problems addressed in the first half are gone or as if you shouldn’t care; rather, it’s how to live in this society that seems more and more alienating and devastating by the day, while also doing what you can to make it better in realistic and impactful way—as JER sings on “Maybe…” “this soul has a profound power / changing the world with every passing hour.”

What’s maybe most impressive and interesting about BOTHERED / UNBOTHERED is where JER branches away from ska, adding different ideas and sounds on top of and alongside elements more traditionally connected with the genre, always keeping the songs fluid and in forward motion—they very rarely stick with ska upstrokes too long in a song, preferring to switch things up with distorted punk guitar or open arpeggios to take the lead in some verses. Even the Jimmy Cliff cover isn’t played totally straight, starting with a heavier feel before flipping in the second verse. While the record certainly falls under the ska label, JER has made something a little more unique and more their own here—a sound that would probably fit as well on a tour next to a wildly experimental band like Hey, Ily as any JER would with any of their peers on Bad Time Records.

BOTHERED / UNBOTHERED is out today on Bad Time Records.