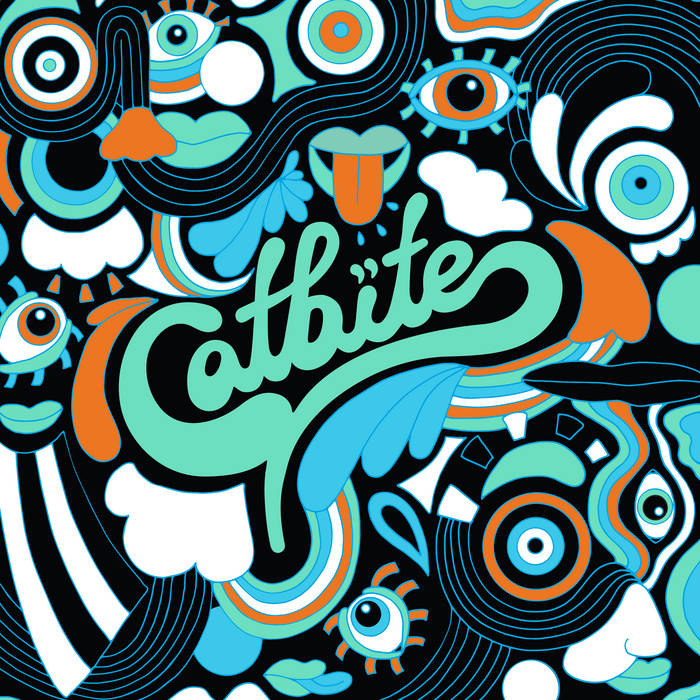 Catbite’s self-titled record—the first release ever for Bad Time Records—fully displayed the group’s ability to write infectious melodies with huge refrains backed up by an incredibly tight rhythm section. On their second record, Nice One, the group has turned everything up a notch. They sound more seasoned, having played and toured together for the past few years, with every member shining through on the record. Every song (save the few slower, simmering tracks) has the potential to be a massive singalong when played live with choruses that beg for audience participation.

Album opener “Asinine Aesthetic” first appeared on the Ska Against Racism comp from last year and it works perfectly here, setting the musical and lyrical tone for the record while featuring a positively manic bass line from Ben Parry (I can’t overstress how great Parry and drummer Chris Pires sound holding everything together on Nice One).

The track is followed by a flawless three-song run of “Call Your Bluff,” “Excuse Me Miss,” and “Not Ur Baby.” All three are fantastic and radio-ready, featuring some killer guitar lines from Tim Hildebrand, but “Excuse Me Miss” might stand above the others with the way the group varies the passes through the refrains, dropping everything one pass for a brief acoustic reprieve before kicking right back in. It also features a fantastic breakdown in the bridge with vocalist Brit Luna showing off her pipes and sounding like an early 2000s pop diva before a frantic and fun drum fill cuts in and brings the song back to the chorus.

“Stay” closes out the first half of the record on a more laid back note. The song sways forward at a slow, steady pace. It’s one of the tracks that sound more rooted in the traditional ska sounds—although the whole record is soaked in classic ska vibes—and it fits perfectly after the attack of the preceding songs.

“Creepin” kicks off side two of the record with another absolutely enormous chorus aimed at the creeps and leerers in the corner. The keys from Esteban Flores float over top the track (another huge asset to the record), creating a nice interplay with Hildebrand’s guitar solos and, once again, Parry seems to leave no inch of the bass neck unplayed, pushing the song forward at a relentless pace. It’s not hard to picture “Creepin” being a standout of the group’s live shows.

“Bad Influence” pulls the tempo back again, featuring some great keys and a palm-muted guitar line. Luna’s vocal delivery is impeccable here, filling in a hypnotic melody with lyrics like “I’m bat shit baby but you like it / Drive you insane, you still like it / We’re drinking 40s you and me / And I will always be your bad influence.” Besides “Stay,” it’s the only point of the record where the band lets off the gas a bit, and it speaks to their skill that, far from slowing the record down, you could make a good case that they are among the strongest songs on a great record.

Catbite doesn’t let off the gas for too long though, as “TV Screen Beauty Queen” jumps right back into an upbeat pace and is capped by one of the record’s most cathartic moments as Luna shouts “I can’t sleep tonight…or any other goddamn night” followed by a guitar solo that can only be described as badass. Next is a cover of Latin pop legend Selena’s “Bidi Bidi Bom Bom,” highlighting both the group’s ability to create ska that pulls from pop and other genres, as well as vocalist Brit Luna’s Latina heritage. It’s another great performance by the band and I don’t want to derail this review too much, but there is certainly some sad irony in the fact that when ska’s detractors think of the genre, they generally picture a dorky white guy rocking a shitty goatee, wearing a goofy suit and making cheesy music, rather than a badass Latina woman like Luna making killer music that is rooted in tradition, but wholly original and her own.

Album closer “Lipstick Lines” is just one big-ass rock and roll song. The guitar sounds so greasy and sleazy—like the tone you’d hear through the speakers in a mechanic’s shop where the walls are covered with racy photos of 90s stars—the vocals are delivered with attitude, and Matt Ellis’ saxophone is played with a blaring tone that would make Clarence Clemons proud (also blaring away overtop the track on trombone is is CEO of ska themself, Jeremy Hunter). With the guest musicians and raucous feel of the tune, it almost sounds like a celebration. Or maybe it’s meant to be a victory lap; they did call the record Nice One after all.