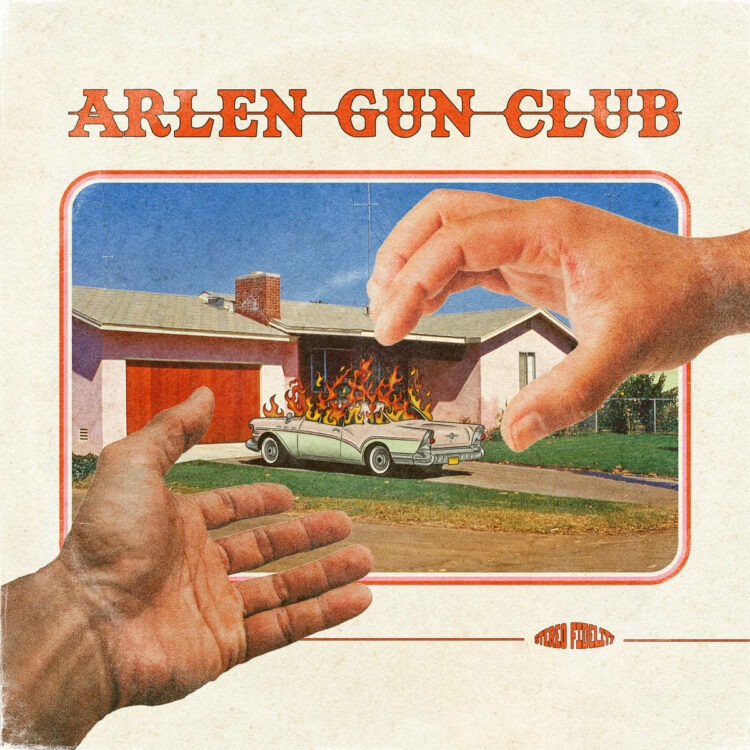 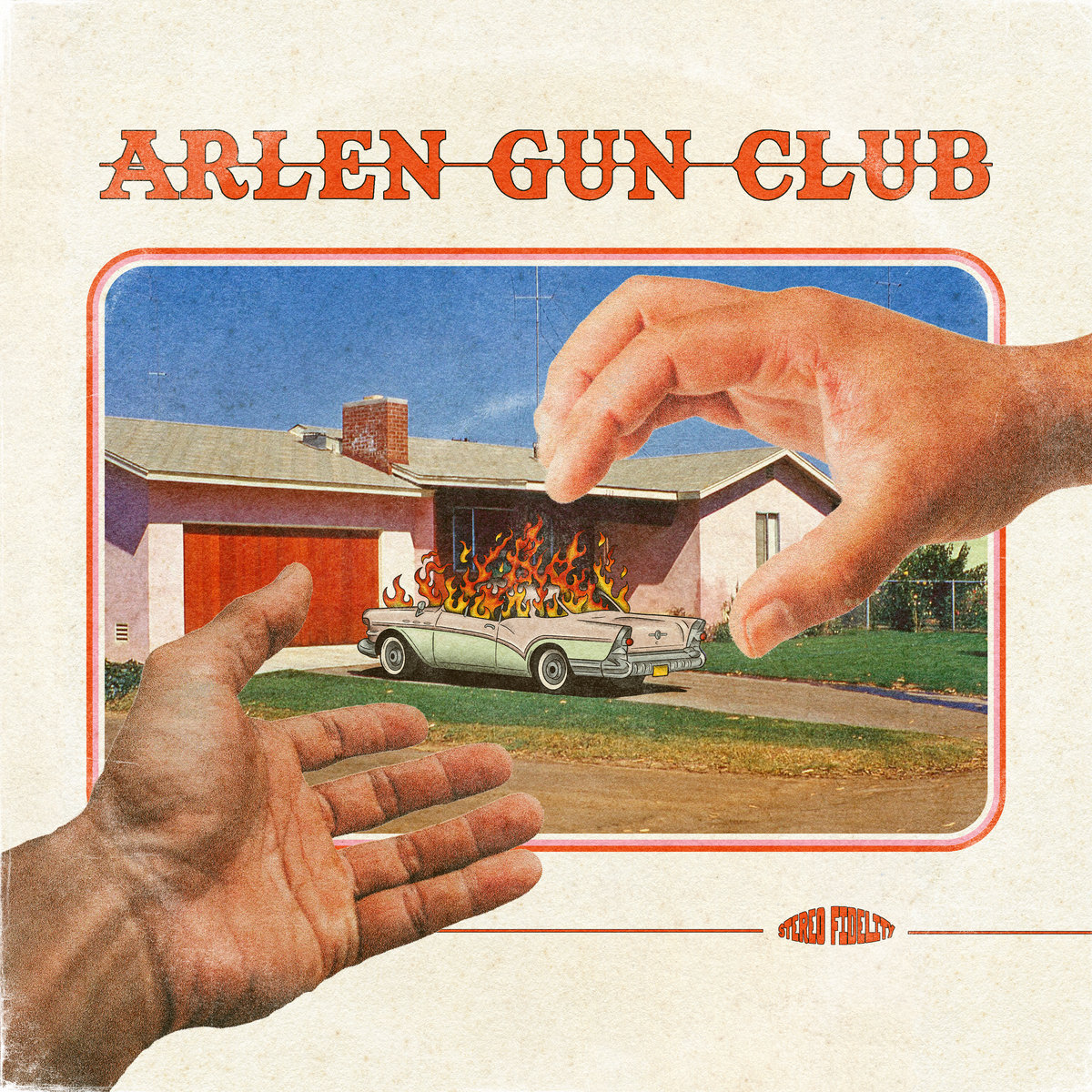 Arlen Gun Club seems like a band well-versed in their influences, as they hit all the right beats of the best 90s alternative and pop punk on their debut self-titled record, while managing to avoid sounding like any particular band from that era (or like a nostalgia act that feels out of time). Instead, they combine the earworm choruses, crunchy distorted guitars, and slick solo lines that permeated rock radio twenty or so years ago with a kind of wild barroom energy for an irresistible collection of songs absolutely slathered with massive hooks. While the unleashed nature of the guitars create much of the record’s textures, the rhythm section sounds killer throughout and Leopold Martini’s vocals have just the right amount of grit for this type of music.

The album kicks off with two rippers in “Get the Lead Out” and “Clueless.” The former starts with a tasteful guitar riff indicative of what we’ll hear throughout the rest of the record, and the chip-on-your-shoulder lyrics “I wish I didn’t have to wait so long / I wish I wasn’t nice to everyone / at some point I really need to go.” “Clueless” has the perfect energy for early on in a record, with a catchy, simple chorus of “I never really know what’s going on,” a verse led by the bass when the guitars drop out, and a manic bridge that cranks things up an extra notch as the band seems to race each other to the end of the track.

“Impulse Control” is equally gripping as the first two tracks, while taking a looser, laid back approach to the instrumentals that allows Martini’s vocals to take center stage for a swirling chorus of “don’t wanna go / don’t have to leave / why does it always seem to be / my fault, my fault, my fault / when things just fall apart?” Paired with “Shoot”—which starts with drum programming and an electronic feel before switching a little less than a minute in—the two tracks form a more reserved moment on the first side after the high-octane openers. That reserve is echoed on the beautiful “Falling Off,” coming before the final two rockers on the record. The lone acoustic track amidst the group’s barroom rock, “Falling Off” has a classic and organic feel, with “the summer seems to creep up on me when I’m not looking around / I swear it knows just how to get me when I’m absolutely down” being one of the lyrics that stick out the most on repeat listens.

“Sinking In” and “Come On” form a nice duo in the middle of the album, with “Sinking In” having an eerie cinematic, early 2k radio rock vibe and “Come On” pairing a jaunty melody in the verse backed by a tambourine with a massive “Say It Ain’t So”-without-the-lead-guitar-esque chorus. With its somewhat ethereal bridge, “Come On” packs a lot into two and a half minutes, making it one of the strongest tunes on the record (which really doesn’t have any weak points). “Rodeo” keeps things rocking as the brief acoustic intro of “this town ain’t big enough for the two of us / we’re two dead cowboys and we’ve run out of luck” is followed by yet another sick guitar solo on top of the rowdy, but tight, rhythm section. Capping off the run of boisterous tunes before the calmer “Falling Off,” “Beer Song” is exactly what a song with that title should be. The combination of the huge-ass guitar riff punctuated by pick scratches, lyrics like that straddle the line between lighthearted partying and heavyhearted introspection, and the greasiest guitars solos on the record make it a perfect song to soundtrack a scene midway through a movie where the main character throws a tune on the jukebox and sits down at the bar to drink alone and wallow in their misery.

The album closes on a high point with “Graves” and “Threat Point Limited” working as energetic follow-ups to “Falling Off.” On “Graves” a narrative of a phone call with Martini’s dad about visiting dead friends is wrapped up in one of the hardest rocking choruses on the record of “he was visiting graves / I really wanted to say that I am sorry / but he didn’t seem that worried.” The group lets the final chord hang in the air for a moment before some killer drums kick off the driving “Threat Point Limited.” The longest song on the record by just a hair, it’s also one of the best, and Arlen Gun Club show some reserve holding the song back for the end of the record instead of throwing it up top. Every aspect of the group’s sound seems at its peak on the track, as they draw a dramatic moment from dropping out everything but the guitar and vocals before blasting off into one final pass through the refrain.

For a debut record, Arlen Gun Club do pretty much everything right here. The group’s previous EPs had some great songs and hinted at this sound, but they seem to have refined and honed everything present on those outings for a brilliant result where they sound both tighter and more willing to go for big moments in the form of anthemic choruses and winding guitar solos. While the record stays in a comfortable musical lane, the fact that Arlen Gun Club sound so comfortable and effortless in this lane is a testament, especially on a first full-length. If the—at this point somewhat meaningless—genre tags of “indie” or “punk” pique your interest at all, there’s a good chance you’ll find something you love on Arlen Gun Club.

You can pick up tapes and merch for the album from Rat Poison Records and vinyl from Thumbs Up Records.