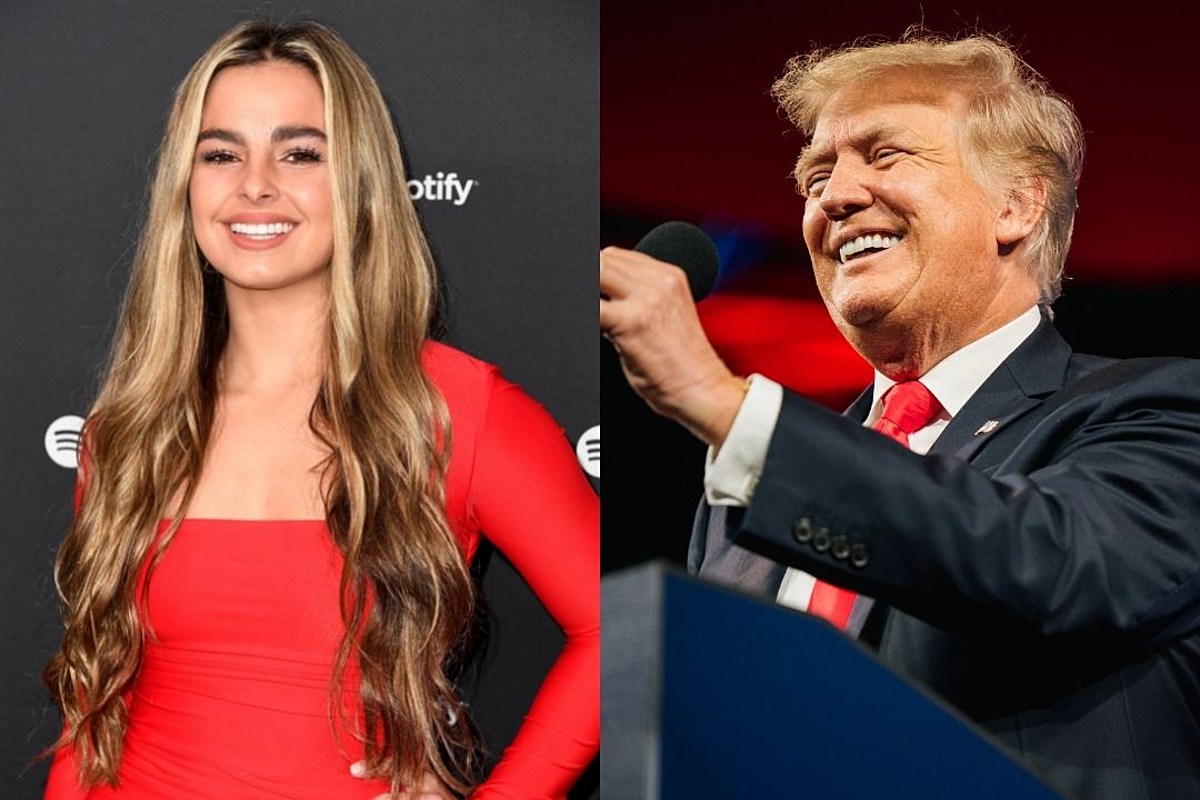 Addison Rae has found herself in a social media scandal after a video has resurfaced showing the influencer meeting former president Donald Trump.

In the clip, Rae seems thrilled to meet the Republican firebrand, whom she purposely approached while attending UFC 246 in Las Vegas back in January. “Hi, I’m Addison,” she says, tapping Trump on the shoulder before gushing, “Nice to meet you. I have to say hi. Hello. So nice to meet you.”

Behind the exchange, the group filming the encounter call out Rae to the camera. “Addison Rae exposed,” one guy deadpans, while another adds, “She knows what she’s doing.” A third gets more crude in his assessment, saying, “Trump’s gonna f–k her. Easy.”

Once the video went viral, users slammed the TikTok star incessantly for possibly being a supporter of the 45th president. (Rae has denied this allegation in the past, though, according to Buzzfeed, her voter registration has leaked, confirming she’s a registered Republican.)

“She aint even have to go up to him too. Everybody else was seated but she had to fangirl. Went up to him grinning from ear to ear talkin bout ‘it’s nice to meet you!'” one user quote-tweeted the video, while comedian Chris Clemens tweeted, “Oopsies Addison… your Republican is showing.”

Check out the video of Rae greeting Trump and some of the best reactions below.

Stars Who Voted for Donald Trump in 2020