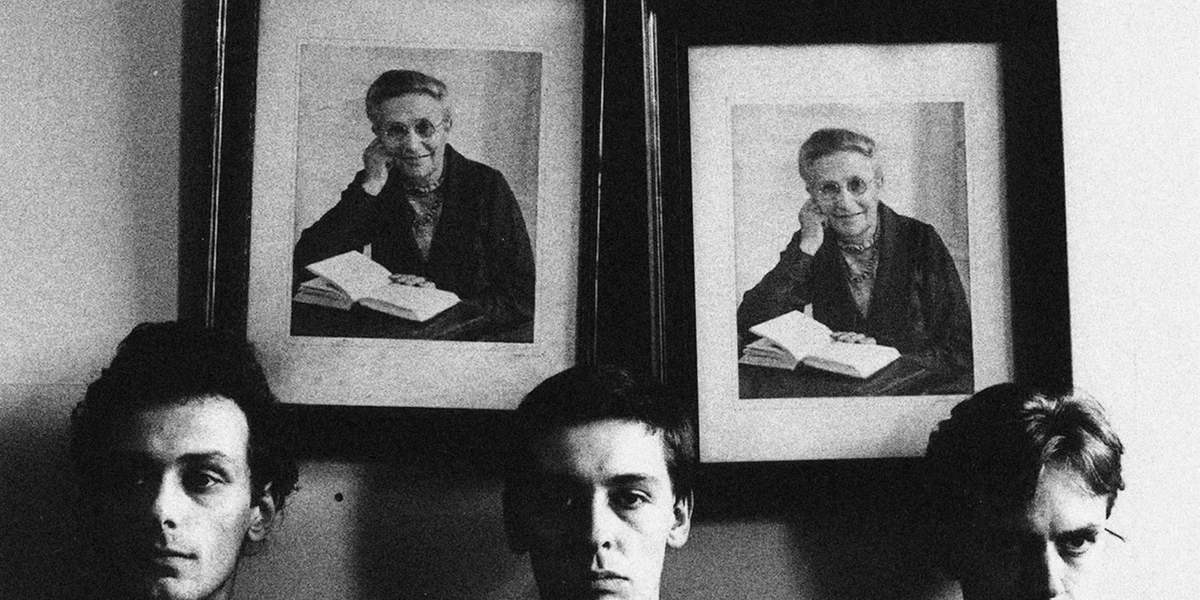 Deceit, despite its jokey title, is not a happy album. I recall my father saying to me once that he couldn’t express how it felt to live through the Cold War era. He had no language that might describe to me what it meant to be certain that, on any given day, a siren would sound, a scant four minutes of warning would commence, and then everything one knew or had ever known would be obliterated. I’ve watched the beautiful sadness of When the Wind Blows, the horror of Threads, the bleak matter-of-fact style of The War Game, the dramatic tragedy of The Day After, and On the Beach, but none of them quite distill what the wait for, nor the realization of, the nuclear fire felt like.

Charles Bullen, Charles Hayward, and Gareth Williams were clearly familiar with the uncanniness of this suspended moment, and This Heat’s Deceit comes as close as I’ve yet found to capturing a life of constant, fluctuating, atomic foreboding. The album’s contents are as confusing and cluttered as Williams’ cover art collage – which was ripped from a Protect And Survive pamphlet then projected as a mask over his face – while also retaining a similar unity of content. There’s a sense, unlike on its predecessor, that the band were drawing a single line of thought across the album from start-to-finish, even if they did so while flipping between several different shades of ink.

“Sleep” softens entry to the world presented with its lulling invocations and false hopes. The same tones are used on “Shrinkwrap” later on the album, a deft piece of tape manipulation that rips the former song’s drum-part and speeds it up into a relentless tribal beat underpinning a critique of supermarket capitalism and plastic coated reality. While enticing, in the company they keep here, and given the overall excellence of This Heat’s discography, both songs feel a little slight. “Radio Prague” could have gone the same way, but the semi-improvisation presented is taut, sparse, and atmospheric with surges of radio noise, a woman’s voice reduced to detached syllables, set to a relentlessly puttering drum machine. For the first time, the vocal performances feel truly uninhibited as on “Paper Hats” and “Makeshift Swahili”, where screaming seems the only remaining and valid response to a world where meaning could be erased in an instant.

The album’s theme is ambitious in its grappling with the inexpressible. There’s a degree of intellectualization in how the song can only look to past collapses to try to comprehend the present. “S.P.Q.R.” is, on one level, incredibly funny: how many bands do you know making songs from the perspective of the populace of Ancient Rome? It invokes school Latin lessons (“amo amas amat…” / “bella…bellorum…bellis”), popular clichés (“veni vid vici” / “straight road leads home, home to Rome”), but also makes a pointed critique of the power structure of the empire and the vicious infighting that seems wired in at the very root of it and would lead to its fall. The kiss-off is the thought that “we are all Romans”, citizens of an imperial project running along the same lines and with the same likely destiny.

A backward look, but to more recent times, is present on “Triumph” and “Cenotaph”. The former is a bedraggled and enfeebled victory march, which also invokes Triumph of the Will – Leni Riefenstahl’s famed piece of Nazi messianism. Meanwhile, “Cenotaph” points to the collective act of remembrance known to all in the British Isles, a still highly potent image of a society in mourning, but makes the clear suggestion that dedication to performative sadness is not the same as ensuring anything has been learned from past butchery. This critical assessment of the world continues on “Independence”, which sets the Declaration of Independence to a backward rendition of the tune from the song “The Fall of Saigon”. The band co-opt the too readily betrayed words of America’s founding statement to argue for common humanity while also providing the first moment on the album where the looming presence of the West’s guarantor of defense (and destruction) is acknowledged explicitly.

The album reaches its climax on “A New Kind of Water” and then the bleak instrumental “Hi Baku Shyo (Suffer Bomb Disease)”. The nuclear specter haunting the land is named. The feeling that no safety mechanism is good enough to stop an accidental or deliberate nightmare of burning land, sizzling rains, mouths blistered, and reddened in need of something impossible. “A new kind of water, a new way of breathing.” How could the album end anywhere other than in the raw memory of Hiroshima and Nagasaki flash-cooked by just two weapons, each just a tiny sliver of what Earth’s thousands of warheads could accomplish by 1981?