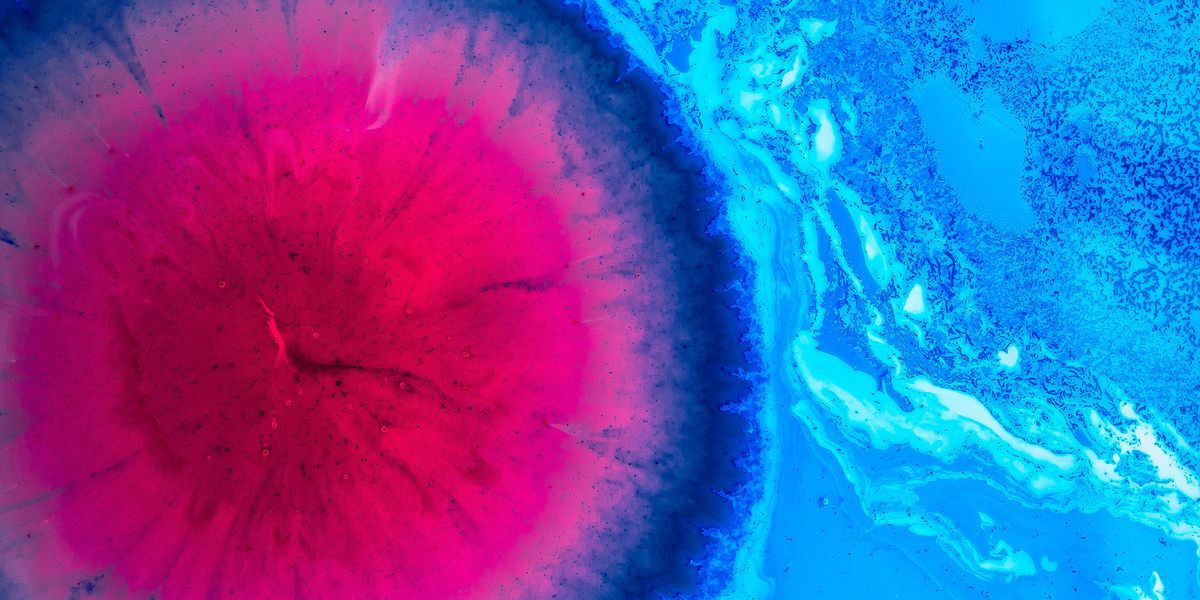 Whilst not a “shoegaze” record by any strict definition of the term, Psychocandy is as important as any of them for ushering in what could be done with pop melodies and abrasive noise. The brothers Reid here channel what was the appeal of the group’s live shows at the time (noise, chaos, destruction) into something with actual hooks and legitimate, Beach Boys pop sensibilities. The band were clearly never the most innovative songwriters during this period (several songs could phase in and out of one other midway through and you’d hardly notice), but the up-to-11 guitars, lost in the mix vocals and fuzzy, hazy production dripping throughout the record ushered in what was to come.

Another half-half call, British psychedelic rockers Loop’s debut album foreshadowed much of what shoegazing music was trying to do and what people loved about it. Heaven’s End drones with Krautrock experimentalism, though never falls off the ledge of listenability — these are pedal-driven, groovy, psych-rock songs that just happen to create a free-flowing soundscape. There’s a Stooges-reminiscent immediacy to much of this record, making it a damn sight angrier, or at least more obviously angry, than nearly everything it came to influence. Heaven’s End is as close to noise-rock as it is to shoegaze and as overlooked in both circles.

Starting your career alongside Spacemen 3 certainly presents you as a certain kind of band. Chapterhouse certainly carry certain similarities of J Spaceman’s psych-rockers — the sustained tones, the effortless gorgeousness etc. But the band were so quintessentially shoegaze they easily broke away from the initial pigeonholing. Whirlpool has all the trademarks (or clichés as they would come to be known by the album’s release) of the movement, as hushed vocals seep in and out of ethereal guitar licks like honey. As frustratingly non-unified as the album feels, Whirlpool contains some of the genre’s high water marks for rockier and more punk-happy sounds.

London’s Lush were one of the earlier bands to garner the shoegazing label and (unfortunately) one of the more dismissed for complaints of derivativeness. The band’s first proper full length, Spooky, is essential for all the reasons it’s derided; it’s a relaxed, almost meandering record — it sounds unrestrained but not angry, happy to gaze inward, looking at its own frustrations and pleasures. Cocteau Twins’ Robin Guthrie’s production does wonders for those who such a description appeals to, but can be viewed as severing the potential aggression for those who would shy away from such superlatives. Spooky is everything you’d expect from a band called “Lush’ releasing an album after Loveless — it’s hardly a masterpiece, but it’s a cohesive and arguably a perfect example of the scene that celebrated itself, flaws and all.

When 4AD duo Swallow released their only proper album Blow, how sexual were they really trying to make the release sound? The band and album names certainly evoke obvious sexuality, as do a handful of the song titles and Lousie Trehy’s vocals, but strangely, the songs themselves feel more like playful games of kiss-and-tell than erotic tunes of sexuality. Being a duo, a fair amount of Blow‘s actual sound is sampled and overdubbed, leaving the album as a moderate odd point in the grand scheme of things — which makes this sole release from the band all the more frustrating and worthy of love. The guitar jumps between almost acoustic to Jesus and Mary Chain-style fuzz to typical swirling shoegazing lushness, and it would be too choppy were it not for the beautiful and haunting vocals that drape the record.

Curve are easily the most obvious wildcard from the first shoegaze wave. Fans of the final third of My Bloody Valentine’s excellent mbv will be pleased to know beat/house/dance influences aren’t just confined to those three songs. Doppelgänger, astonishingly, is the band’s debut record and the purest unison of the group’s two musical loves. Screeching and reverb-heavy distorting take front seat to any traditional notions of lushness or beauty on this record, though they still manage to creep in through Toni Halliday’s confident and dreamy vocals. No matter how confronting the guitar and sampled beat onslaught becomes — and it does confront — the album never loses sight of where it’s going, and it remains an oddly beautiful and danceable example of the wonder of not adhering to genre constraints.

The soft acoustic strumming that opens Mercury Rev’s first album, and one of their best songs (below), beguiles just how noisy the group really is. The New Yorkers’ Yerself Is Steam is one of the most unique and striking records to come out of the original scene, as much a Flaming Lips psych-rock-out as an American appropriation of Chapterhouse-cum-Loop grooves. The typical swirling, layered, lushness associated with the genre is present throughout the entire record, for sure, but it’s hidden under yet more layers of droning feedback, fuzz-driven guitar, and miles-away vocals. The band would later go on to pop success with nice, though decidedly safer, music, never really again reaching for the sonic heights they do on this rough, imperfectly wonderful record.

California’s Medicine are very easy to paint as being the US answer to My Bloody Valentine. Their recorded work is angrier, bolder, brasher, and perhaps more obvious than that of their across-the-pond cousins. Shot Forth Self Living, released almost a year after Loveless, is one of the few albums released from the period that dares to move sonically almost as much as MBV’s classic, and with arguably comparable success. The lushness and clear pop sensibilities are droned out from the get-go, with nine-minute opener “One More”. While things never rarely reach those heights again, this album is a brilliant example of where things could have gone but didn’t (at least not for some years). Medicine showed that buzz saws and screeching had a home in the genre as much as snow and honey.

Slowdive’s first record, Just for a Day, is fascinating to look at after hearing Souvlaki. The 1991 release has all the trademarks of what made them what they were — the Cocteau Twins influence, sweet pop playfulness, swelling waves of guitar groove — but it never quite popped. The same cannot be said for Souvlaki, which shimmers like a new star. Brain Eno’s appearance on two tracks is more telling than his seven minutes of airtime; a form of ‘active ambient’ soundscape work envelopes the listener on this record. From the drugged-out lushness of “Alison” to the quintessential shoegazing brilliance of “When the Sun Hits”, Souvlaki hit all the right notes at the tail end of the first wave.

Ride’s Nowhere, perhaps the most loved non-Loveless album from the original wave. Released almost a year earlier, it has all the hallmarks of what was the come, though slightly twisted. Coming before Loveless has Ride free from the sonic influence of that album, presenting a very different, and at times equally as strong, palate of ideas and themes that were never adopted en masse. Vocals are just that here — vocals — with no real attempt to bury them into the mix as another lush instrument; the guitar work here holds that honour front and centre.

In that regard, this album is one of the purest examples of the genre: gorgeous, swirling, hazing guitars fill almost every nook and cranny of this expansive masterwork. Compared to so much of what was to come, brilliant as much of it was, Nowhere feels so very alive. Not that the record feels unpolished, it’s just that each instrument and sound here carry a real, human weight that was so often shrugged off in place of the abstract and ethereal. The fact that Ride never went on to recreate this brilliance on makes the record shine more; where else can you find this exact sound? Nowhere.