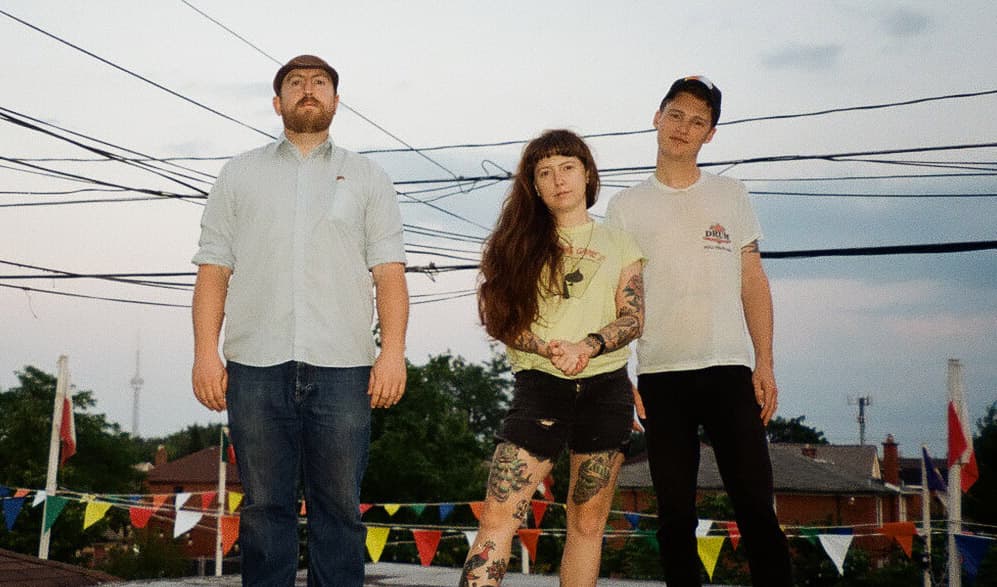 I guess it was only a matter of time until I featured kids that I saw play at Streetsville’s Masonic Lodge, over ten years ago. Toronto’s Worst Gift includes such individuals and What’s Another 40 Bucks Between Friends? is their debut single.

Forty might not seem like a lot, but when you’ve got two kids, rent, car gas, and a minimal allowance from your spouse, constantly borrowing $40 to liquid cure the depression and regret that mutilates your bowels adds up. Off their forthcoming debut album, the lead single chugs with distorted guitars that wail and churn over your eternal uncertainty and doubt. It all culminates in a mad fever of lo-fi post-punk that will enamor every listener and viewer.

Speaking on the single, Sooz says: “It’s about feeling like you have the capacity to be good and that you are inherently, and not knowing when you started feeling otherwise. Recognizing where you went wrong, and not being able to feel it when you’re doing the right thing finally due to negative self-talk.”

World’s Worst is Worst Gift’s debut album and consists of nine stressed out genre blending break-up songs that are an ode to societal collapse, personal failure, and meditations on trying to be good. It’s due out September 22.