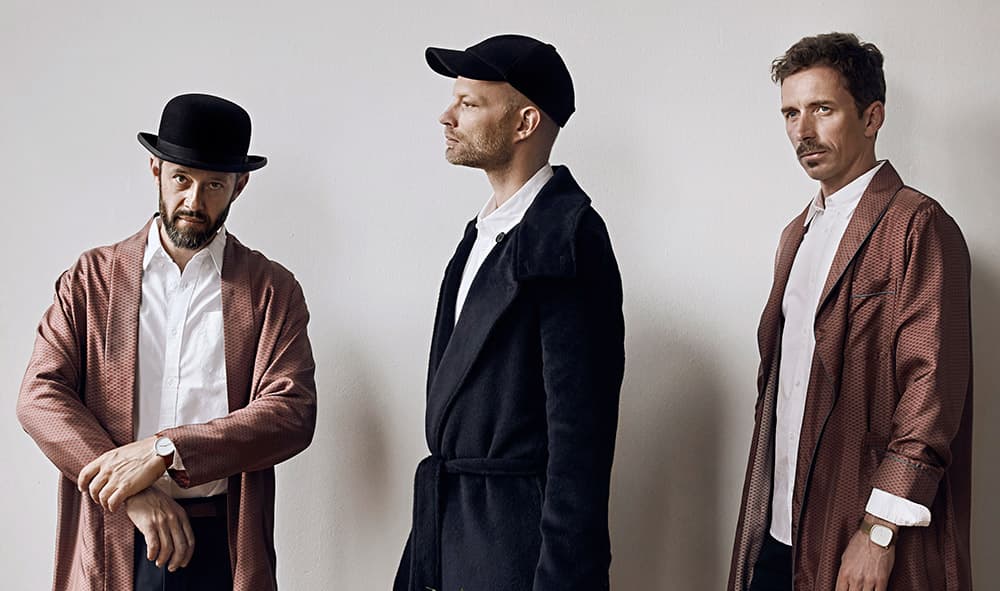 Tomas Barfod (producer), Jeppe Kjellberg (jazz guitar), and Tomas Høffding (bass) are the Danish trio behind WhoMadeWho who’ve released numerous albums and toured the world since 2005. Their latest single is I Don’t Know, which was initially written within 30 minutes after being refused to travel through the US due to a lost passport. It’s a dynamic journey with an endless falsetto and the toll of drums that clang, boom, and rattle the subterranean vaults, creating a unique pop soundscape that feels both welcoming and alienating. Now, the boys have released a peculiar and captivating video with a mix of surreal and amusing scenes. Directed and produced by Zweihund & Maedchenfilm, I Don’t Know was shot in India during August 2017, and is the first of a three-part series.

“The idea for the video started with the name of the song ‘I Don‘t Know’. We were looking for images who convey the feeling of being lost, having difficulties finding oneself and the feeling of ‘never coming home’. At the heart of the story there are the emotions of a man, escaping reality by immerging into a bizarre mad-ish world trying to become part of a huge hypnotical spectacle.”