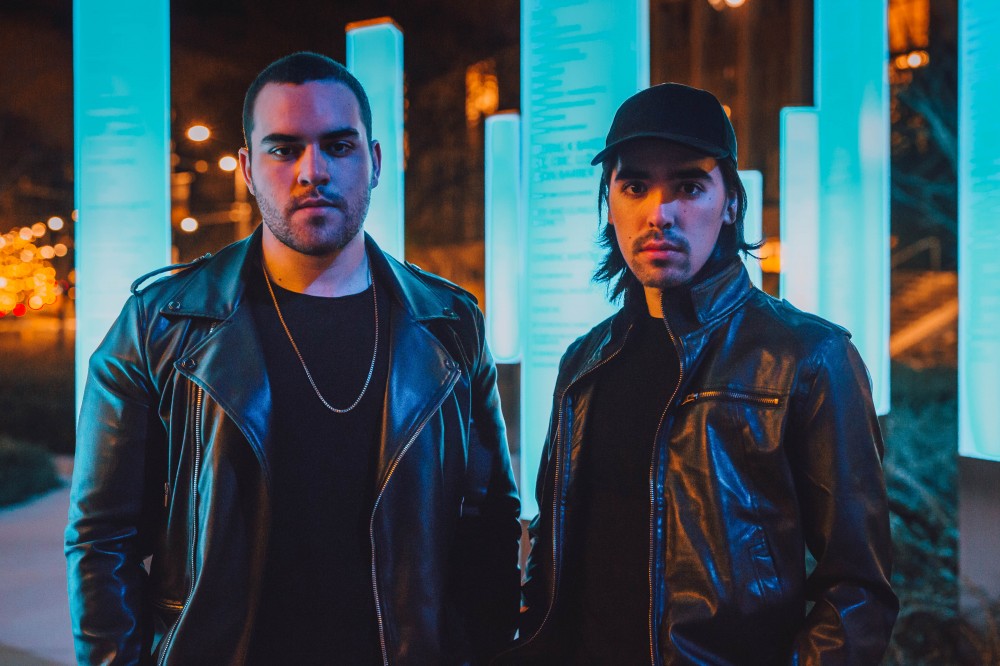 WE ARE FURY has been setting the scene ablaze with their captivating breakdowns and energizing future bass drops. After an incredible 2017 with the release their ‘Signal Fires’ EP, we reached out to hear straight from the Canadian duo about their background, new remixes, goals for 2018, and more!

Why did you start making music?

Joachim: “Big question! Music was always a big part my life, I have a background in piano and with piame contemporary stuff, got bored, and that’s when I decided to start producing. There was just so much room for creativity that was unexplored and I wanted to create. I downloaded FL Studio in late high school and it kind started there. I was making house back in 2015-2016 and then I met Stuart in university. Neither us had made bass music and we decided to start a collaborative project which later became WE ARE FURY.”

Stuart: “Honestly I just started making music because it seemed like something cool to do. Like Joachim, I downloaded FL studio in late high school and just fiddled around with it as a hobby for quite a few years. The more time I spent making music, the more I enjoyed it. It wasn’t until much later that I realized other people were also enjoying my music.”

What inspired you to create the League Legends remix?

“The League Legends songs are all amazing. We love everything about them and how they tie in to the lore the game. RIOT Games has a super dope creative team. The songs tell a story in both music and visuals and we really liked the “As We Fall” vocals and arrangement; it was one those “goosebumps” songs. The RIOT guys were super stoked when we showed them the remix and we’re glad to finally get it out!”

“We have a lot in the works for 2018, the main goal is to get on the road soon and tour. We are planning on releasing a second EP at some point this year, as well as our first music video. We have been fairly strict with our collaborations in the past and this year we want to start experimenting with other styles and artists. We were also super stoked to sell out our first round merch last year and we want to do another round this year with new designs.”

What projects are you working on now?

“We’re finishing up a handful vocal originals right now. They are all fairly heavy. We have another remix for Illenium that will be out at some point this year, you might hear it in his dj sets if you keep your ears open. Our song “Demons” with Micah Martin did really well and we’re working on a second song with him for this year. These super cool kids from Denver called Last Heroes hit us up for a collab a couple weeks ago so that is also in the works.”

What artists influence you?

“We’re influenced by all the guys pushing boundaries. Everything in bass sounds very saturated right now so the people standing out are the ones willing to take risks. It’s tough to name everyone so we’ll split it into melodic and heavy. On the melodic side there’s guys like Odesza, Illenium, Said The Sky, K?d, and Porter Robinson. On the heavier side there’s a lot neat stuff from guys like RL Grime, Boombox Cartel, graves, Quix and smaller acts who have fresh sounds like Kompany who is crushing it on Never Say Die and this new duo called KUURO on Monstercat. Big love to our hometown boys Ekali, and Vanic who are also riding their own waves right now.”

Any advice for upcoming artists?

Stuart: “It’s important to not be afraid pushing boundaries, that being said it’s also important to maintain a level consistency in your music. Sometimes giving yourself a constraint can help you come up with new ideas more efficiently.”

Joachim: “Trust the vision you have for your project. The people you trust with that vision are just as important as the project itself. Embrace rejection and learn from it because it happens ten at the start. Don’t take things personally. Like Stuart said, push boundaries and don’t worry too much about what others think. Also support your friends.”

Thanks so much WE ARE FURY for talking music with us, be sure to check out their latest remix on Trap Nation.