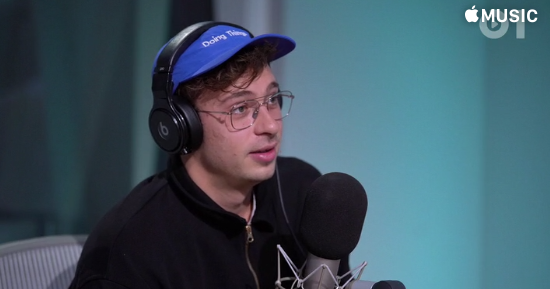 Flume has ventured into the Zane Lowe den for a chat about all things music and life following the release detailing his rise to stardom and the label that started it all, Future Classic.

Off the back two huge albums, a string EPs and what seems like a constant touring schedule, Flume has dedicated his focus now to writing new music, which has led to him trekking to Sri Lanka for a solo writing camp. Aside from conversing on the two films released last week (that you can check out ), the conversation between the two touches on what Flume has in the works for the future, particularly in the realms collaboration.

“I just want to I want to find people who are doing something different and open to working with different sounds and unconventional beats and rigid open-minded people who have something to say,” Flume says. “And yeah I think that’s something that I’ve definitely felt working with Vince and Vic and a bunch other people.”

He goes on to add that he is currently working with Brooklyn rapper JPEGMAFIA, who recently released his fourth album, Veteran. Check out snippets from the interview below.