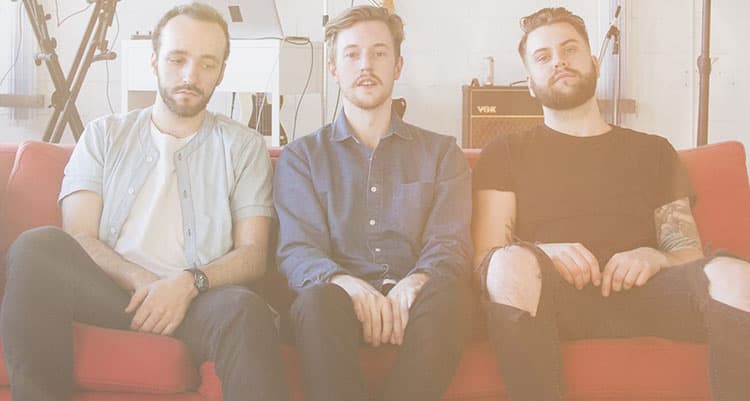 Created over a two year period, director Justin Black takes you through a journey featuring the lead character as she experiences flashbacks to a relationship while wandering through a bleak Montreal. From the onset of the moment her heart breaks, we witness hazy shots that flicker with color of the good memories; the kind we are more often than not to recall from the frozen whispers in the wind that lingers in our ears, thrusting lost moments of joy and love to the forefront of our limbic system.

There’s lakes inside your eyes/ but you told me to dive/ didn’t you, say you’d see me there

“I was trying to evoke the texture of a dream that you can’t really remember, so all the images are just at the edge of perceptibility,” explained Black in an email. “It starts with her feeling trapped by him, which we represented by clutching hands, and her hair wrapped around his face.” Black also explained to Thump:

At the time of shooting, the actors were actually a couple. They split up shortly before its release. After sending them the video, I saw Sharon at a party, who greeted me with ‘Hey! You made a music video about my breakup!’ She told me she watches it when she wants to embrace feeling sad. I dread to think I played a part in willing that into being, but I do think there’s something kind of special about being able to capture that part of their lives, and I hope it’s something other people can connect to.

Watch the gorgeous Dive below and be sure to listen to the rest of Bad Hopes.