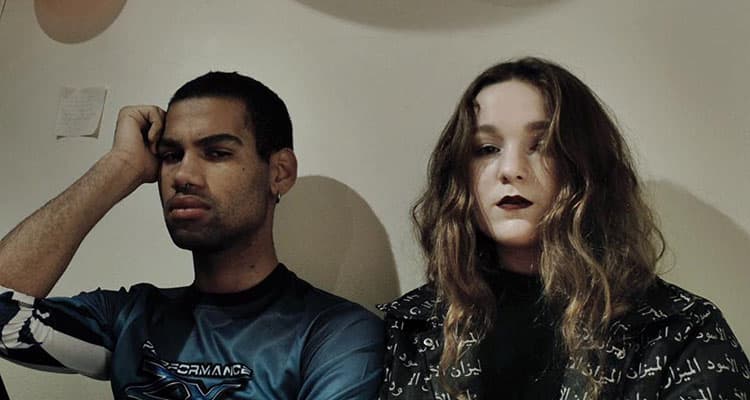 From East London, boy bye is the new alternative pop/ambient duo from Crimson Helles and German born Sophie Steinchen. Formed in late 2015, they’ve spent the last few months working on their debut release, Everybody Lies. With it comes the DIY video filmed by their friend Cici Lara.

Fusing their backgrounds in Grime, trip hop, and ambient, Everybody Lies may sound all doom and gloom with its sullen reverbed soundscape like the slow collapse of a never ending nightmare, but it’s really about the difficulty of appearing happy and keeping up the facade. Like social media bullshit of people parading their curated lives for fake numbers and praise, just to fill that gaping abyss of soul sucking spiders trying to cling on to the slightest bit of light. Comparing lives, significant others, jobs, it’s all shit and most of us feel like shit. Anxiety feasts in our pockets with every ding of society’s carnival of excrement.

boy bye wants you to know that it’s ok to not feel perfect and that you don’t need to retain a perpetual mask. Be honest and accept yourself.

Shoutout to the monologue guy who knows what’s up (and Overwatch).