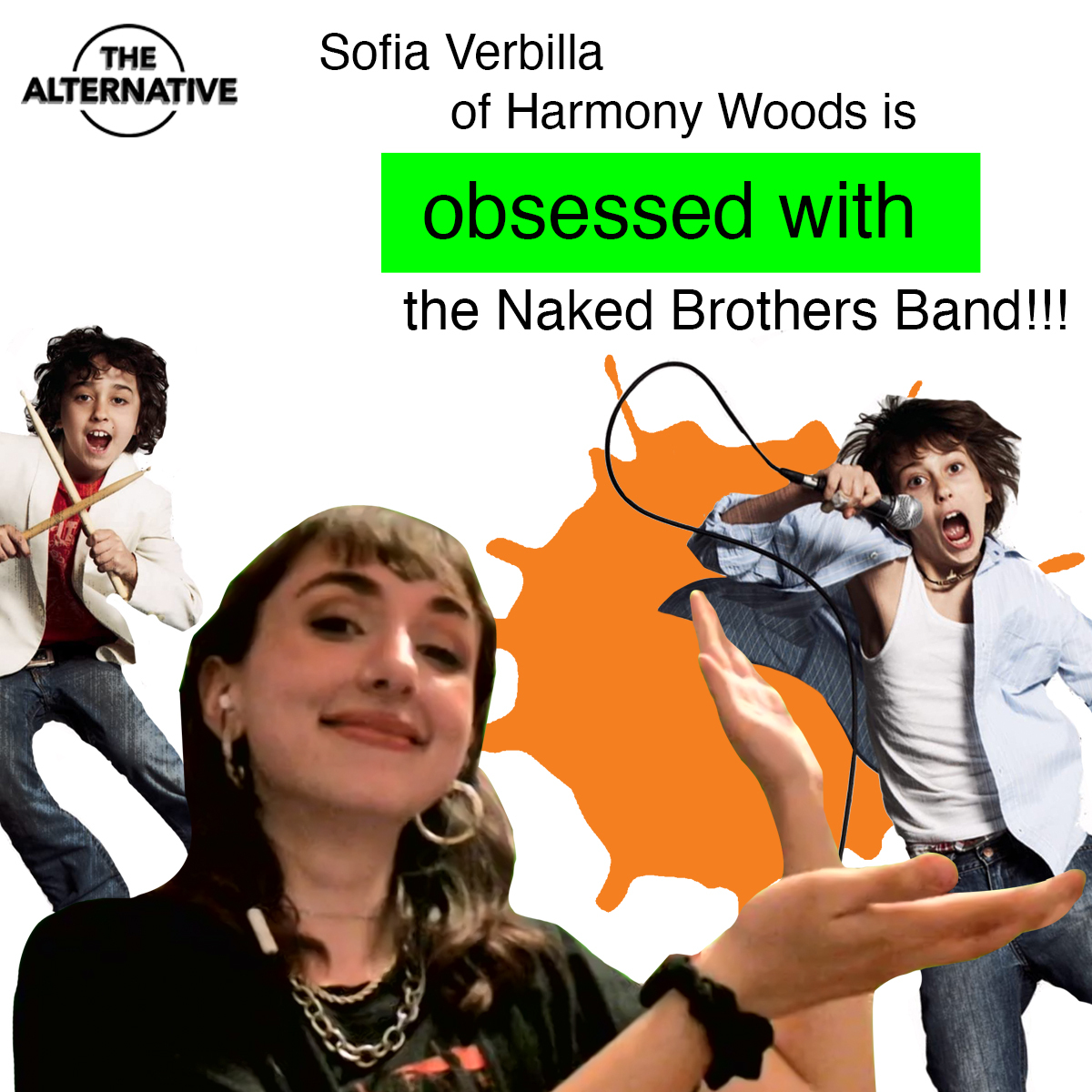 Video: Harmony Woods Is Obsessed With The Naked Brothers Band

You never forget your first concert: the flashing lights, the screaming crowds, that first glimpse of the artist you’ve been dying to see. But you especially never forget your first concert when the band happens to have a TV show on Nickelodeon with an entire sitcom-style backstory and a rabid fandom that has crossed the bridge from fictional to real. That was the case for Harmony Woods’ Sofia Verbilla, who we interviewed on this episode of Obsessed With. She is a true encyclopedia of knowledge about The Naked Brothers Band, and we chatted at length with her about this obsession.

Actor and writer Polly Draper created The Naked Brothers Band (2005) as a movie mockumentary; it stars Draper’s sons Nat and Alex Wolff as young leaders of an extremely popular fictional band, and served as a pilot for the subsequence Naked Brothers Band tv show, which ran from 2007 to 2009. The Naked Brothers Band weren’t just a fictional phenomenon—they played IRL shows and cultivated a real fan base that mimicked the one portrayed on TV. In this video, Verbilla walks us through the intense Naked Brothers lore, the surprisingly adult dramas that play out on the show’s plotlines (she calls it “Fleetwood Mac for kids”), the catchy tunes of the young bros, and her own fandom of the band, which culminated in seeing them live in Philadelphia for her first-ever concert (“I had a completely out-of-body experience”).

Obsessed With is The Popdosemagazine’s video series where we talk to musicians about their passions and obsessions. In past episodes we discussed the ins and outs of arcade video game Street Fighter with Stephen from The Big Easy, as well as the diverse and iconic music from the year 2002 with Avery from Little Hag. Subscribe to our YouTube channel and stay tuned for more episodes of Obsessed With. Plus you can check out our other videos series like The Details (talking with artists like Death Valley Girls and Sad13 about the behind-the-scenes processes of making their music) and interviews with bands like Halogens and Snarls.