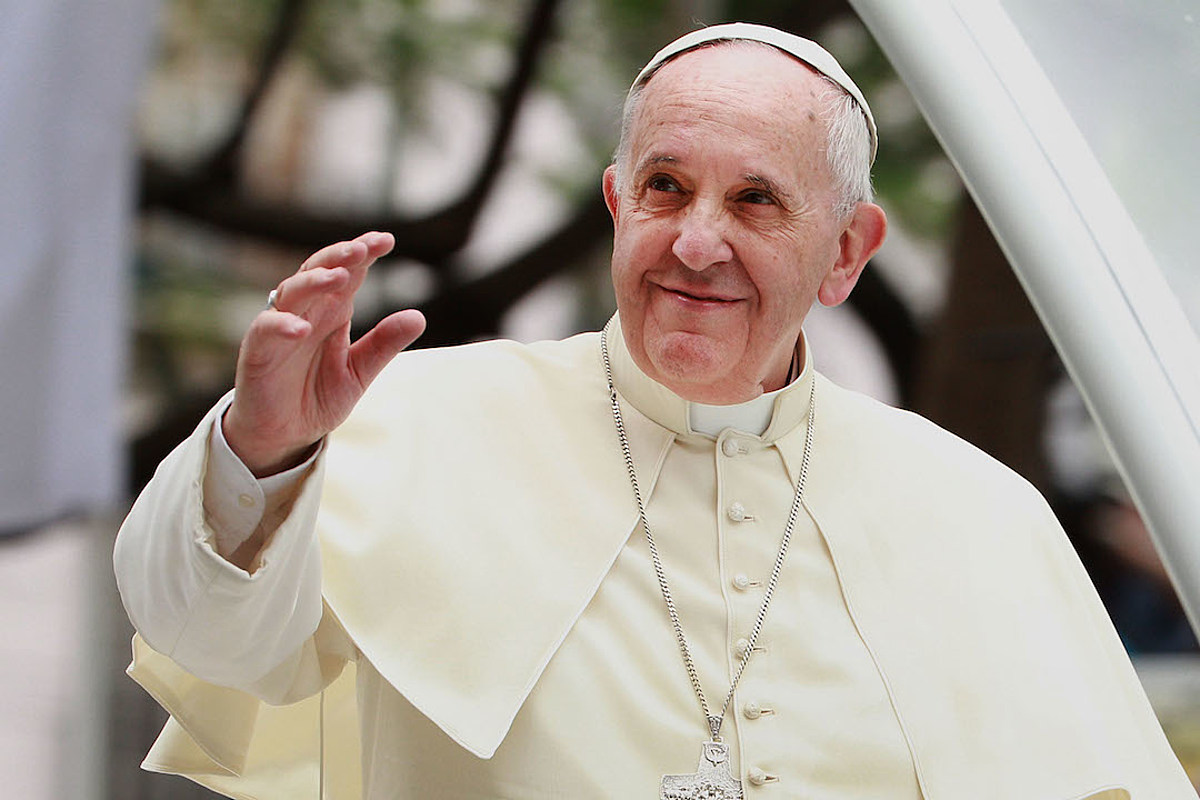 The Vatican has reportedly launched an investigation after Pope Francis’ Instagram account “liked” a risque photo of a Brazilian model in lingerie.

Bikini model and social media influencer Natalia Garibotto shared a photo wearing a sexy school girl-inspired outfit to her Instagram feed in early October. On November 13th, users noticed the pope’s official Instagram account, @franciscus, had liked the photo but then un-liked it the very next day.

Pope Francis’ Instagram account has over 7.4 million followers but does not follow any accounts back, including Garibotto's. Robert Mickens, editor of the Catholic daily newspaper La Croix, told the Guardian that the pope’s posts are handled by his team.

“He does, for example, approve the tweets – but not the likes – and on very rare occasions he has said he would like to tweet something because of a developing situation or emergency,” Mickens said. “So he would have nothing to do with this – it’s the communications department, and how this happens… who knows.”

A spokesperson for Instagram told People that the issue "is currently being investigated in close contact with The Holy See.”

Garibotto has taken her new-found, controversial fame in stride, retweeting several articles reporting on the incident and joking that she was “on [her] way to the Vatican.”

“At least I’m going to heaven,” she joked on Twitter.