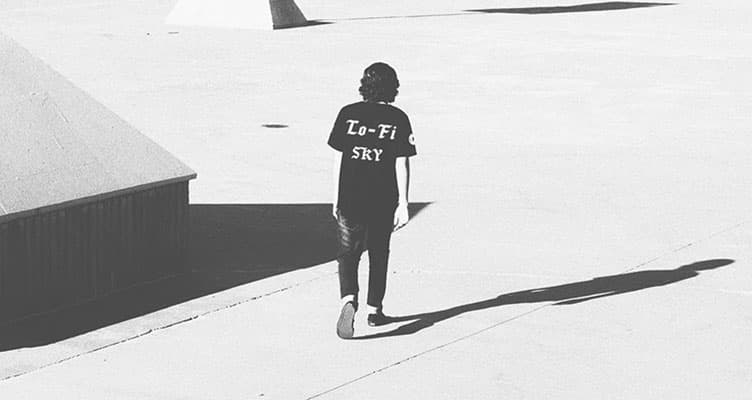 Toronto based Ursa Major is a 19 year old multi talented artist that took to writing and recording his debut EP Lo-fi Sky while on the move and whenever the moment arose. For a project that is executive produced by a newcomer, Lo-fi Sky is slick and filled with crisp psychedelic R&B instrumentals. Major explained to us:

“Lo-fi Sky is a project that looks at the mundane and stagnant aspects of life and chooses to delve into the natural world, even though it is constantly in flux and unstable. The same way art interrupts life’s dullness and routines, I recorded this project—guerilla style, wherever I could, and whenever I had a chance. The project slowly snuck its way out between the cracks of my daily life, and as I wrote and recorded, it served as my own little escape from the everyday. I hope you can find solace in it the same way as I did.”

Opener Short Circuit Brain is summer ready with a warm hazy groove followed by the sensual and booming deep bass of standout single Dusk. Things dial back a bit with the late night head nodder 5am as Major finds himself escaping the mundanity of life and one we can all relate to. Title track Lo-fi Sky finds Major displaying more vocal range to a slow thud and wavy shimmers, and ends with the hip hop flavoured Signs.

At only 19, Ursa Major is a new force in an ever expanding city of musical talent, but with his own R&B infused hip hop with a touch of pop sensibility and confident mature lyrics that is sure to hook any listener. So get to streaming Lo-fi Sky below and add it to your spotify right here.