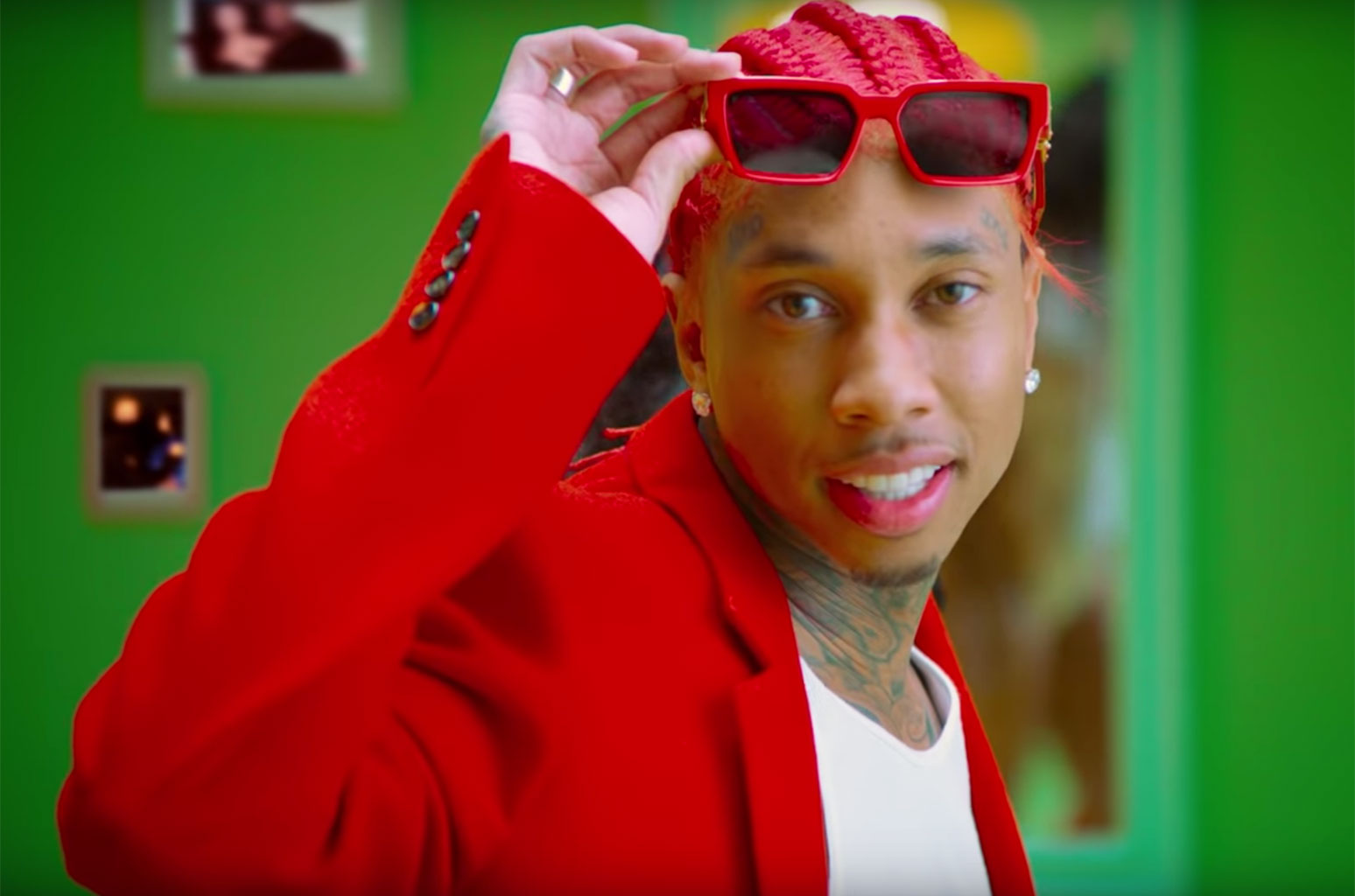 Tyga's visuals are always on point. T-Raww returned on Tuesday (Dec. 17) to unleash the colorful video to his "Ayy Macarena," which happens to be inspired by the aesthetic from 1994's The Mask.

The clip kicks off with an appearance from Los Del Río performing their 1993 classic. Tyga is shown donning the same yellow suit and hat that Jim Carrey rocked in The Mask as he attempts to woo a dancer on stage. Special effects find his jaw dropping on the table, while his heart and eyes nearly explode out of his body.

After the "Taste" rapper undergoes a wardrobe change to become a mobster, the scene pivots back to Tyga and the dancer he was trying to woo back at her place. They're interrupted while cozying up by her boyfriend, but Tyga calmly takes care of business and knocks out the angry lover with ease to close out the comedic visual.

Watch it all unfold below.