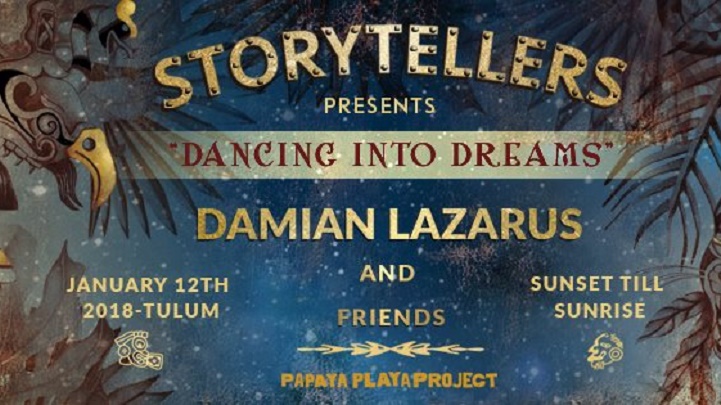 After a event a little less than a year ago made headlines and shook techno tourists and townspeople, it was announced that  have Playa Del Carmen, Mexico, as a home.  I attended the fifth BPM festival in 2013, which had about 40,000 people in attendance. By 2017, it had grown to 70,000 people, and had enough attention that the cartels claimed responsibility for the shooting. These claims were never substantiated and the shooting was done by a lone gunman. It appears that BPM’s separation from Playa Del Carmen was already in the works, as Brazil and Portugal editions the festival had been announced. BPM started as an industry post-New-Year celebration- agents, tour managers and DJs could relax after their gigs over the holidays. Even by year five, many industry people had already only partially participated in the festival, preferring to go to smaller villa parties or private events in Tulum, an hour south Playa Del Carmen. It appears that this January, the scene started in 2008 has come full circle, with events thrown by and attended by those loyal to the underground and the established scene there. The void left by BPM had no trouble being filled- and we head down tomorrow to celebrate the gorgeous and innovative parties coming up. Sound Tulum, Papaya Playa Project, Ahau Tulum and more make the ferings rich. See below for our daily pick, and we’ll see you on the dance floor. Tuesday, January 9, 2018, 6 p.m. to 4 a.m. Papaya Playa Project Chaim and Nico Stojan were , and with St. Martin rebuilding due to the devastation last year’s hurricanes ( if you’d like to contribute), SXM has been postponed for a year. If you’d like to get your tropical fix this winter with these two, here is your chance. I wouldn’t sleep on it. YokoO’s his sets are always varied, inspiring and not once has he disappointed in the multiple parties we’ve attended that he has played. Add in Matthew Dekay and a live set from Viken Arman- and I’m not sure where else you would want to be from sundown to sun up this day. Sunset Sessions: Marques Wyatt, Isaiah Martin, Eli Light and BLOEM Wednesday, January 10, 2018, 2 p.m. to 7 p.m., Ahau Tulum Marques Wyatt and Isaiah Martin are L.A. favorites that have been DJing for over two decades, and have maintained the love, humility and appreciation for the crowd that house music was born from. Their longevity and ability to pack the house attests to their skills. They are joined by two up-and-comers Eli Light and BLOEM, who will draw you in with their weaving melodies. Outside their beautiful sets, it is also nice to support female artists in the male-dominated electronic music industry, which been recognized as a goal by the campaign. Wednesday, January 11, 2018, 10 p.m. to 10 a.m., Zamna Tulum Ibiza darling Maceo Plex brings his signature Mosaic vibe to Tulum for a second year. The Mosaic events have managed to introduce many a newbie to the intricacies underground electronic music. If the pan flutes and bells aren’t doing it for you, Mosaic will give you the faster, harder beat you’ve been craving. Thursday, January 12, 2018, 5 p.m. to 8 a.m., Maxa Camp Tulum Another popular Ibiza-based, roaming edition event, Guy Gerber’s Rumors comes to Ibiza for a sexy edition. Starting at sunset and going until sunrise, the melodic, space-age, gorgeous tunes will be ready to get you through. The full line-up hasn’t been released yet, but Gerber has most ten appeared with Bill Patrick, Sven Vath, Dubfire and Seth Troxler – so possibilities are varied. Sanctuary private party Thursday, January 11, 2018 As a private event, we aren’t allowed to give out the details to this villa party benefiting local schools, but check to see if you have any friends attending who will vouch for you- we’ve heard last year’s was full memories and a full immersion experience. The line-up remains under wraps, but the organizers don’t leave behind details, and it will be a journey the best kind. Friday, January 12, 2018, sunset to sunrise, Payapa Playa Project This party could be the most aligned with the beginning vibes the BPM Festival, as Damian, Art Department and Behrouz have been drawing crowds in those early years to the festival. Continuing the same experience that has acted as the template for many the above events and inspired similar immersive tropical all-night parties. is absolutely blowing up, and I can attest they will make a great contribution to this night. We’re also excited to check out Metrika, no stranger to the local scene. For any parties above without links, please contact the organizers or venue.