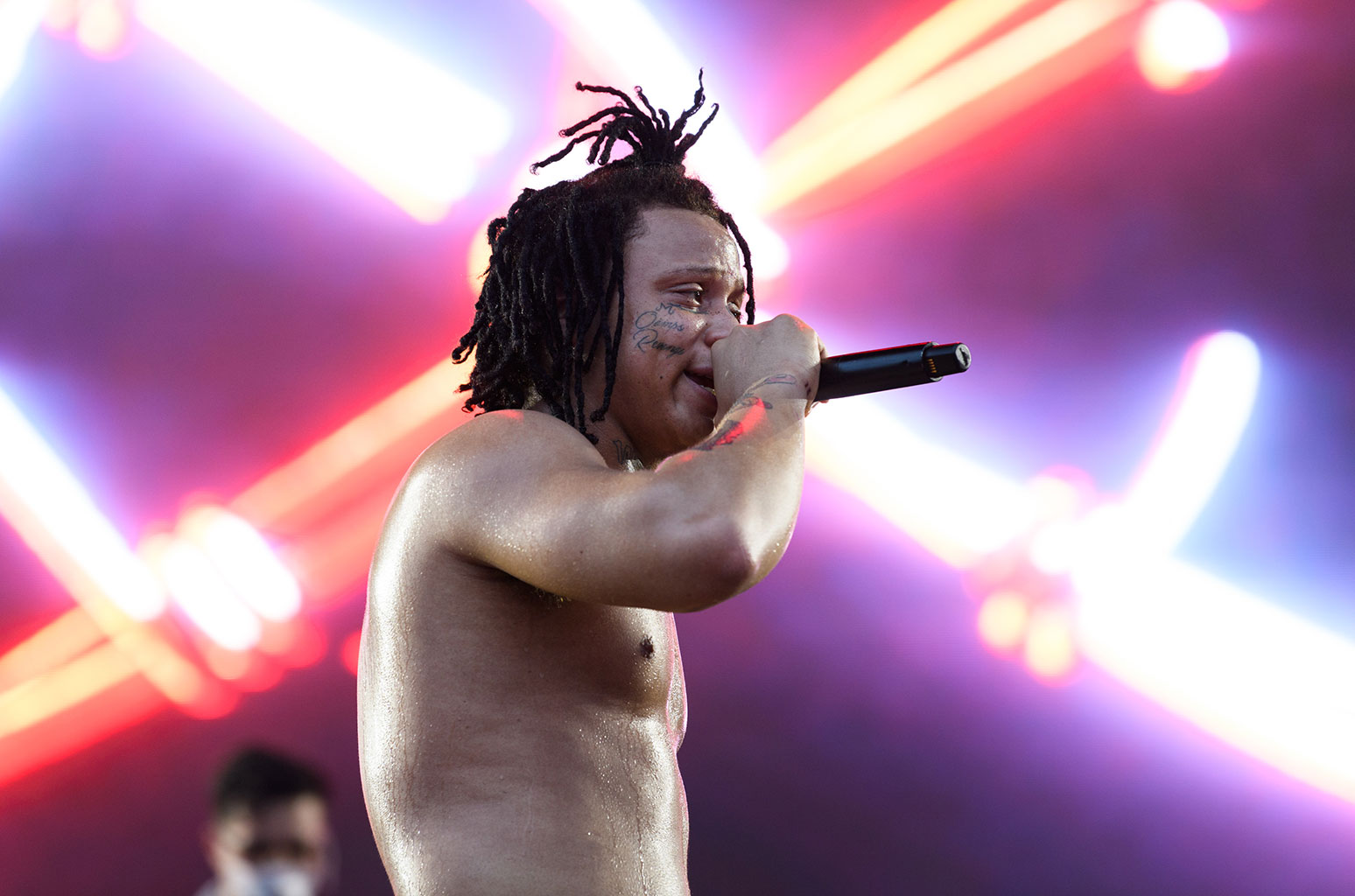 Trippie Redd Rules With First No. 1 Album on Billboard 200 Chart

Rapper Trippie Redd captures his first No. 1 album on the Billboard 200 chart, as A Love Letter to You 4 debuts atop the tally. The set, which was released on Nov. 22 via TenThousand Projects, earned just under 104,000 equivalent album units in the week ending Nov. 28 in the U.S., according to Nielsen Music.

The Billboard 200 chart ranks the most popular albums of the week in the U.S. based on multi-metric consumption as measured in equivalent album units. Units comprise album sales, track equivalent albums (TEA) and streaming equivalent albums (SEA). The new Dec. 7-dated chart, where A Love Letter to You 4 debuts at No. 1, will be posted in full on Billboard's websites on Dec. 3.

Of A Love Letter to You 4’s total unit start of nearly 104,000, album sales comprise 14,000, TEA units equal 1,000 and SEA units total 88,000. (All numbers are rounded to the nearest thousand.) The set’s first week got a small bump from album sales generated by a concert ticket/album sale redemption offer with the artist’s upcoming tour (starting in January) and some merchandise/album bundles sold via his official website.

The majority of the new album’s units were powered by streaming activity, and its haul of 88,000 SEA units translates to 125.9 million on-demand audio streams for the album’s tracks during its first week. No surprise, the set was also the most streamed album of the week overall.

At No. 2 on the Billboard 200, Jason Aldean debuts with his new 9 album, starting with 83,000 equivalent album units earned. The bulk of the new studio effort’s bow was tallied via 68,000 in album sales. Like Trippie Redd, Aldean’s sales figure was goosed by a concert ticket/album sale redemption offer.

The new film is the sequel to the 2014’s Frozen, which saw its soundtrack spend a whopping 13 weeks at No. 1 on the Billboard 200 chart (back when it was an album sales-only ranking), the most for a soundtrack this century. The first Frozen soundtrack finished 2014 as the second-biggest selling album of that year in the U.S., and the No. 1 album on the year-end Billboard 200 chart.

Coldplay collects its seventh top 10 album with the debut of its new studio effort Everyday Life at No. 7. The set launches with 48,000 equivalent album units earned, with 36,000 of that sum in album sales. The band first visited the Billboard 200 chart nearly 19 years ago, when the group’s debut full-length studio set, Parachutes, bowed on the tally dated Dec. 30, 2000 at No. 189. Parachutes eventually climbed to a peak of No. 51 on March 17, 2001. Since then, all seven of Coldplay’s subsequent full-length studio efforts, including the new album, have debuted in the top 10 (including four No. 1s).

The fourth and final debut in the top 10 is YNW Melly’s Melly vs. Melvin, which bows at No. 8 with 43,000 equivalent album units (with just 1,000 of that sum in album sales). It’s the first top 10 for the rapper, who is currently in jail after being charged with two counts of first-degree murder earlier in 2019.