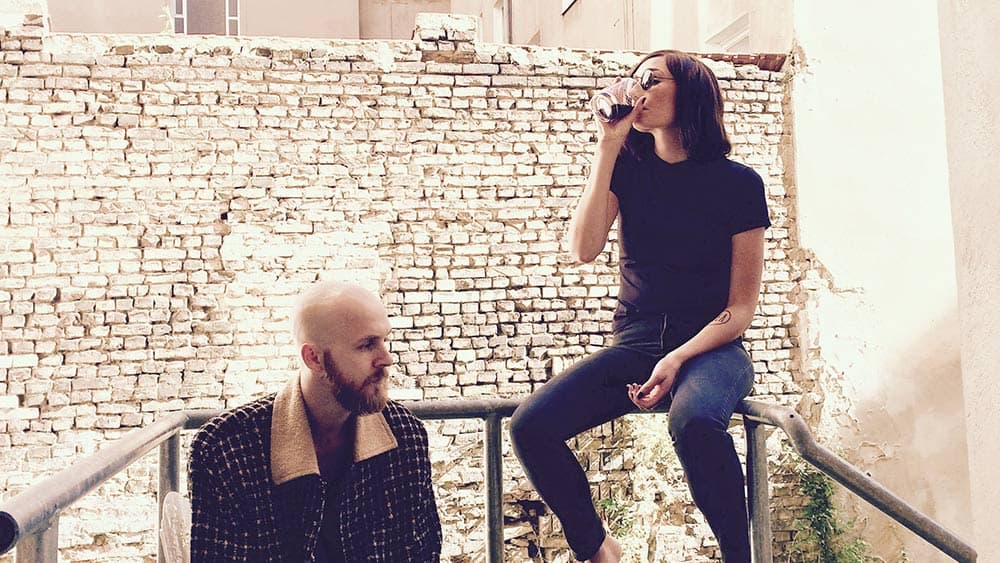 Newcomers Tripnaha (Elin Johansson and Fredd Jakobsen) formed early last year in Gothenburg, although they originally met around 2009, and soon after moved to Berlin where they would release their debut EP, “1A”. Now the duo has shared a video for EP single, If Life.

Through the use of synths, drum machines, and field recordings, Tripnaha fuses a vintage synth-pop vibe with one of melancholy. It’s like a wistful night lit up by brilliant street lights and store signs gleaming off the rain struck surface of the city. Even with the lights and the bustle of nightlife, a sort of emptiness rests within as you wander the twilight. Watch the Alec Erlingmark directed video below, featuring quick, transposed scenes sped up, blurred, bright, dim, chaotic, still, faint, and voiceless.