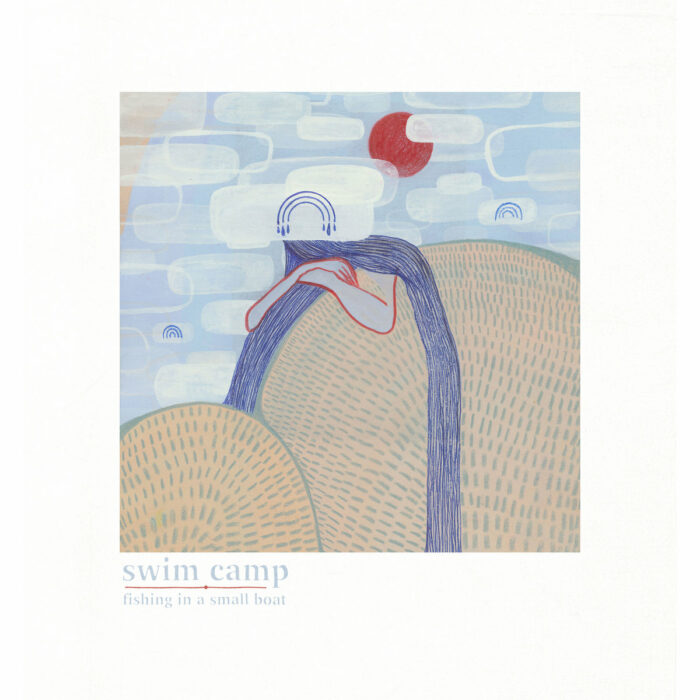 For Swim Camp, the craft of making a good song has a lot to do with making a big moment rise from an understated core. Philadelphia songwriter Tom Morris proved he was particularly adept at this technique when he released the Stupid Thing / First Day Back 7-inch last year shortly after signing to Know Hope Records. On “First Day Back,” for instance, Morris’s mumbled, hushed verses clash with a shrill, interjecting guitar solo, the sudden absence of which makes the next verse feel even shyer, even more distant.

On Swim Camp’s new song “Melt,” which we’re premiering today, the spirit feels a little lighter, the tempo a little bit faster. But it’s still effectively striving to make that big moment happen for a kind of song that would probably be just fine staying small. But between Molly Germer’s lingering violin—punctuating certain verses and hanging back to add texture for others—and the song’s final, rising refrain (“your body is freezing / the dog barks / no reason”), Tom Morris makes a slowcore song sound like an anthem.

Read what Morris had to say about “Melt” and listen to the song below.

“Sometimes when I feel anxious I lay down on the floor and imagine melting into it, trying to feel a grounded connection to the stuff around me. “Melt” was my attempt to talk about that feeling of relief in dissolution. This is the oldest song on the record. It was written and recorded in early 2019 on a snow day. I was sitting on this song for so long because I wasn’t sure how to best use it. Once I decided to make a full-length record to follow “Barlow Hill,” it felt natural that “Melt” would be the center of this new project. Produced by myself and Mark Watter largely at Headroom Studios in Philadelphia, the song only fully took shape once Molly Germer added violin during the spring of 2020.”

“Melt” appears on Swim Camp’s upcoming full-length Fishing in a Small Boat, which will be out October 29th on Know Hope Records. Pre-order the record here.