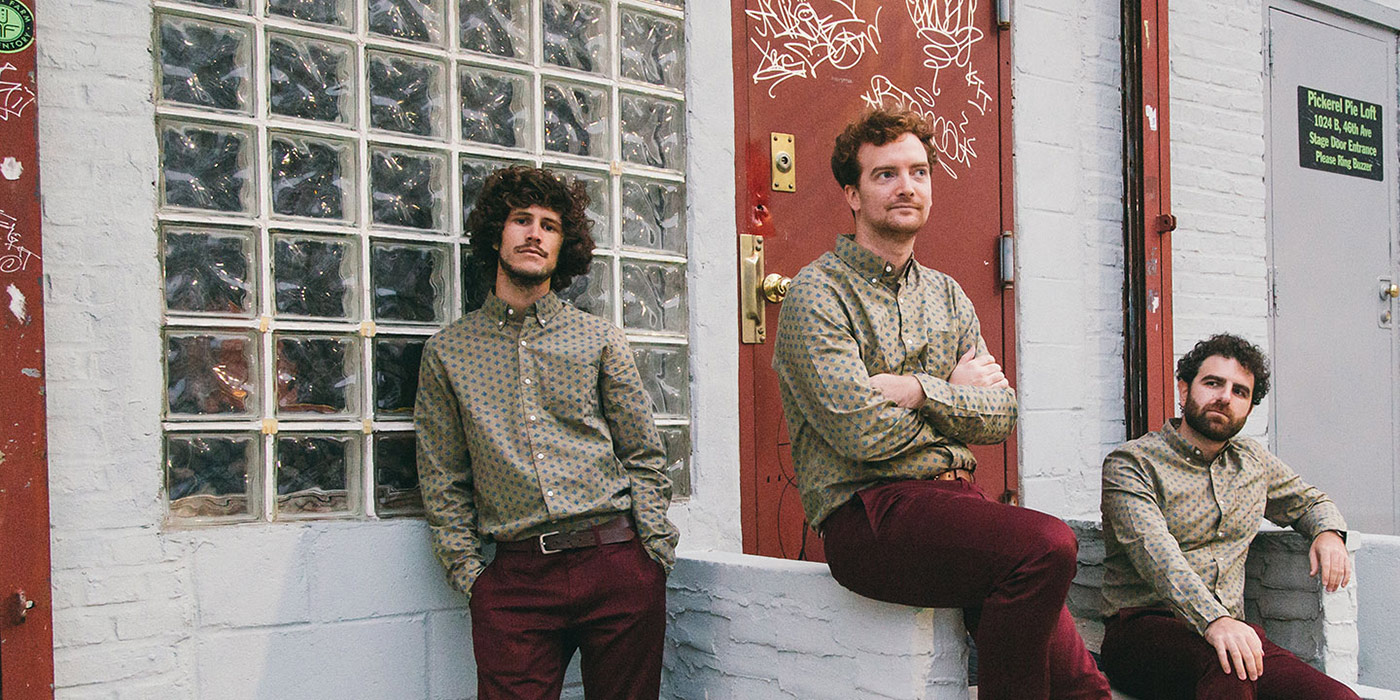 Singer/guitarist Paul Spring and drummer Homer Steinweiss first met in 2005 on a Minnesota farm and soon began working on a long-distance folk project between Minnesota and New York. It wasn’t until 2015 that the duo would meet multi-instrumentalist Joe Harrison who at the time was working as a studio assistant at The Diamond Mind. After Harrison joined them for a few sessions, the trio would go on to form Holy Hive.

The now Brooklyn-based Holy Hive has just released their debut album, Float Back To You. Inspired by the traditions and lyricism of folk music and the aesthetics and rhythms of soul music, Float Back To You is a collection of songs about love and loss. Through 12 tracks, Holy Hive guides you through a soulful journey that blossoms with rich textures and an inextinguishable warmth. And it feels like falling in love.

Listen to Float Back To You and read what Paul and Homer had to say about each melter below. 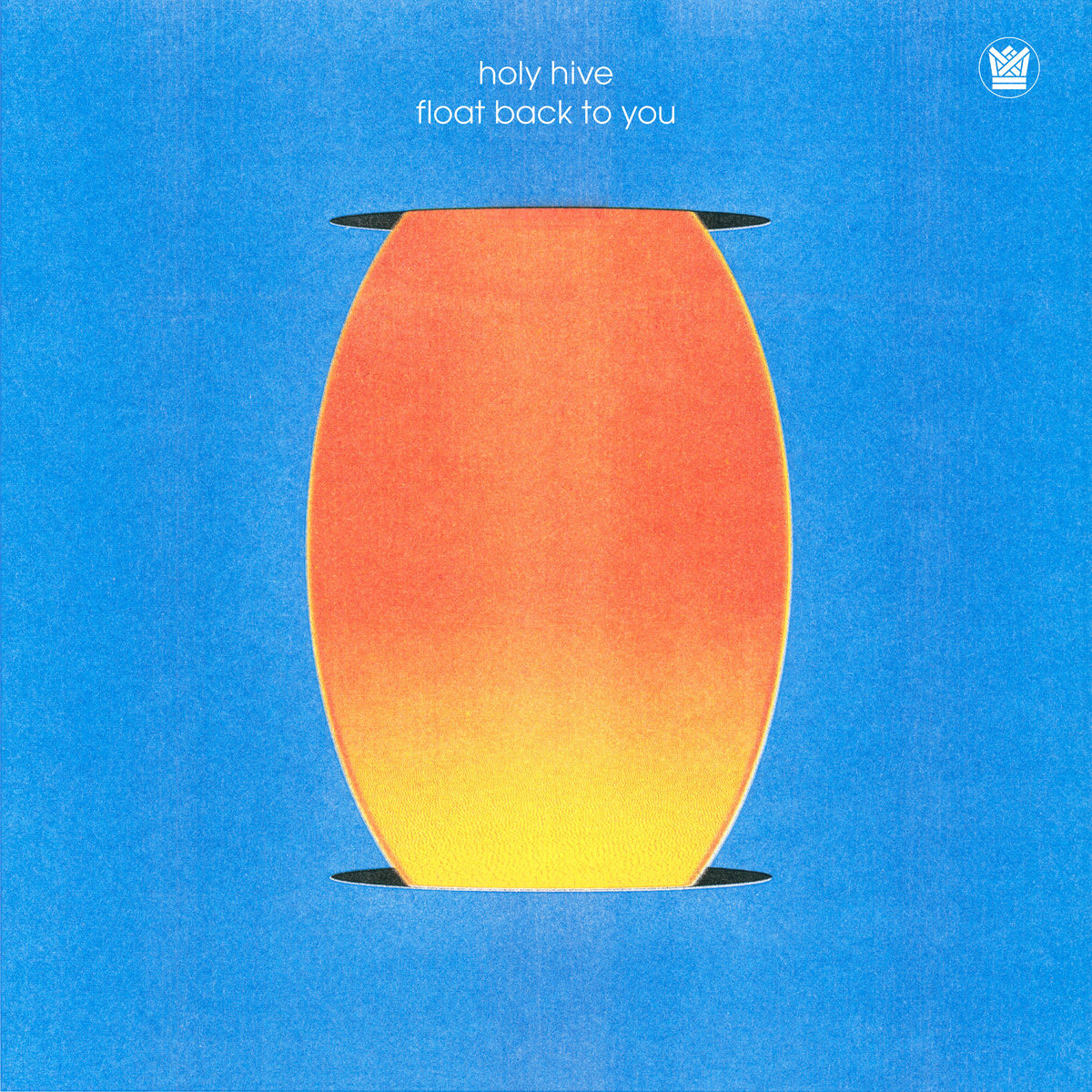 Homer: This song is a nod to both Smokey Robinson and Donnie & Joe Emerson. We were riffing on the classic idea of being “swept” for someone so well articulated by Smokey, while trying to capture a little bit of the innocence that’s so prevalent on Donnie and Joe’s “Baby.” It was a study in simplicity. The way Paul’s falsetto curves and breaks around the words “it’s alright” and “you should stay” is what makes this song satisfying to me. There’s not much to it, but to find something unique within this framework is a success in my eyes.

Paul: This was written during a soundcheck at the El Rey Theater on our first tour with Lee Fields. We were a folk trio with nylon guitar at the time playing ornate Nick Drake inspired arrangements. These songs did not go over too well with the So-Cal soul audience. We were inspired by Lee’s music and saw a need to write a more soulful song that could appeal to them. After covering Donnie and Joe Emerson’s “Baby” in San Diego, Joe played some chords, Homer laid a beat, and I activated my falsetto to create this tune. Leon Michels added saxophone to the recording. The lyrics are an ‘I’ve Just Seen a Face’ vibe, doing their best to describe the recollection of love at first sight.

Homer: This song has a nonlyrical sing-along section which we brought to life with a bunch of characters coming and going through the studio. Our friend and extremely talented musician Nick Movshon did a Sergio Mendez inspired “ba ba da”, and our band photographer for the day Rita Kovun added her beautiful high pitched “ba ba da’s” to the mix. Everyone who played on the track including myself took a shot at these vocals too, but I think only Rita, Nick and Paul made the cut.

Paul: A song inspired by going out on a Wednesday in Minneapolis (Triple Threat night: Nicki Minaj, Beyonce, Rihanna) and dancing with some deadbeats in a grungy basement bar. The track has strong backbeat from Homer Steinweiss and Elizabeth Pupo Walker on congas and bongos.

Homer: This song is made up of one of my favorite chord progressions and drum beats. It’s a tried and true formula for soul music that has infinite variations. It’s easy to do, but hard to make your own. One of the subtle things about this track is that there are almost no bass drum hits on the 1 of the pattern. It’s something you wouldn’t notice right away on listening, but it’s also something that most drummers would instinctively never do. The effect is a rolling groove that works very well under the vagueness of the lyrics. The real moment of the song for me though is the flute on the bridge. The song is like a slow night cruise around the outskirts of the city, and the flute solo is a beautiful deer galloping across your sightline. And you just keep driving.

Paul: The demo for this was a folk song written the morning after Trump’s election. The sentiment is about being grateful to wake up on a beautiful morning next to someone you love even though the future seems ‘put on hold’. Homer took my folk song and transformed it into a lowrider major 7 soul ballad complete with a key changing flute bridge.

Oh I Miss Her So

Homer: The late great cook Kenny Shopsin described his creative process as a series of repetitions and failures that ultimately lead to one good idea every once in a while. With this song, I think Paul hit that breaking point in the process. He wrote this song one morning when his wife Sophia was leaving town, and it all just fit perfectly. We usually workshop these things for days, but this song was complete when it started.

Paul: This is a soul break-up ballad featuring the accomplished experimental harpist Mary Lattimore and trumpet solo by Dave Guy (The Roots). We had Mary into the studio to record harp for this song, and she ended up recording on 5 other tracks in one day. We turned those six songs into our May 2019 Harping EP.

Be Thou By My Side

Homer: When we went to record the bulk of this album, I was pulling up references for our sound and I sent this Honeybus song to Paul and Joe. My friend and brilliant designer Danny Miller of High Tide (who designed our album art) shared this with me on a mix, and I listened to it a lot. I was actually a little self-conscious of how much I loved the song, but when Paul and Joe told me they loved it too, I said, “Fuck it, let’s cover this.” Sometimes you do a cover to make your own arrangement, but sometimes you do a cover just to present a song that has been lost in the world. I wanted to be true to the original. I don’t think many people have heard that original version and it’s pretty hard to find, so we tried to present it as close as possible to that version.

Paul: Homer found this gem of a folk song from the 60s British band Honeybus and recommended we do a cover. Leon Michels played tambourine.

Float Back To You

Homer: When Paul showed me this song, I knew it could work with a Stylistics inspired arrangement. I imagined it as the epic 70’s soul ballad. What came out was a bit more raw and it actually sounds a lot closer to Neil Young than the Stylistics to me. Both these artists are huge inspirations for me and if the music gets anywhere near these goalposts, it makes me happy.

Paul: I was working a really grueling brick-laying and landscaping job at the time I wrote this song. I was inspired by the warm feeling of walking home to my girlfriend after 10 hours of manual labor. I was imagining that for her, she might have the same feeling and sing this song while walking home to our cat Guston (since passed) who would always run and jump in her arms whenever she entered the apartment.

Homer: There is an old Parliament’s song called “I Can Feel The Ice Melting” which is a perfect song to me. It has these little “drip drop” vocal bits and we were inspired by these when we added our own drip drops to this song. It’s such a fun thing to sing along too. I think the world needs more “drip drop” songs.

Paul: I wrote these lyrics with Homer, which could address a sketchy contractor/poor builder or the ruins of a failed relationship.

Homer: Simon Guzman, an LA-based engineer, happened to be in town and helped us get the drum sounds for this song. I think those sounds really dictated the arrangement. The kick and snare sounded so nice and round that I didn’t want to get in their way with the hi-hat. The simplicity of the beat gives a nice open arrangement to add a lot of layers. The horn playing master Michael Leonhart came in and added some Flugel Horn. Leon Michels added some organ, and our newest band member, Shannon Wise of The Shacks, added some backgrounds.

Paul: Torch singer soul song about unrequited love which is loosely based on a translation of the Ancient Greek poet Sappho and her poem fragment #31. The singer describes seeing a beauty across the room talking to another guy.

Homer: Here is an instrumental that really speaks to the ethos of this project. It’s just four instruments live in a room. It’s a classical guitar on top of a driving bass and drum groove and laid back piano. It sounds to me like the background music for an obscure 70’s kids animation. It’s not quite like anything you’ve heard but yet very familiar.

Paul: Triumphant instrumental with Leon Michels on keys and Nick Movshon on bass.

Red is the Rose

Homer: It’s an Irish Folk Ballad with a bouncy 70’s funk beat and a rocked out chorus. I think this might be the biggest stretch on the album but it’s also my favorite.

Paul: The lyrics of this song are from the Irish folk song of the same name made popular by Tommy Makem. We made a new arrangement of the song with a funky groove and Shannon Wise of The Shacks helped out with background vocals on the outro.

You Will Always Be By My Side

Homer: This song has an unusual feel. It’s a straight 16th note drum feel inspired by James Gadson, over a 3/4 measure. It creates a stilted groove but whenever we play this one live, it always gets the people dancing. I’m always looking for new ways to play simple grooves, and I think just changing one element is a good approach.

Homer: Sophia wrote this piano part and it was so strange and beautiful, Paul and I decided to craft a song around it. This is the last song on the album and I think it sounds like getting off a plane after a long journey. You’ve been taken somewhere; now it’s time to get off and explore your new surroundings.

Paul: My wife Sophia Heymans made the piano part which this song is based on. Lyrics are based on Pablo Neruda’s poem La Poesia, which my father translated. 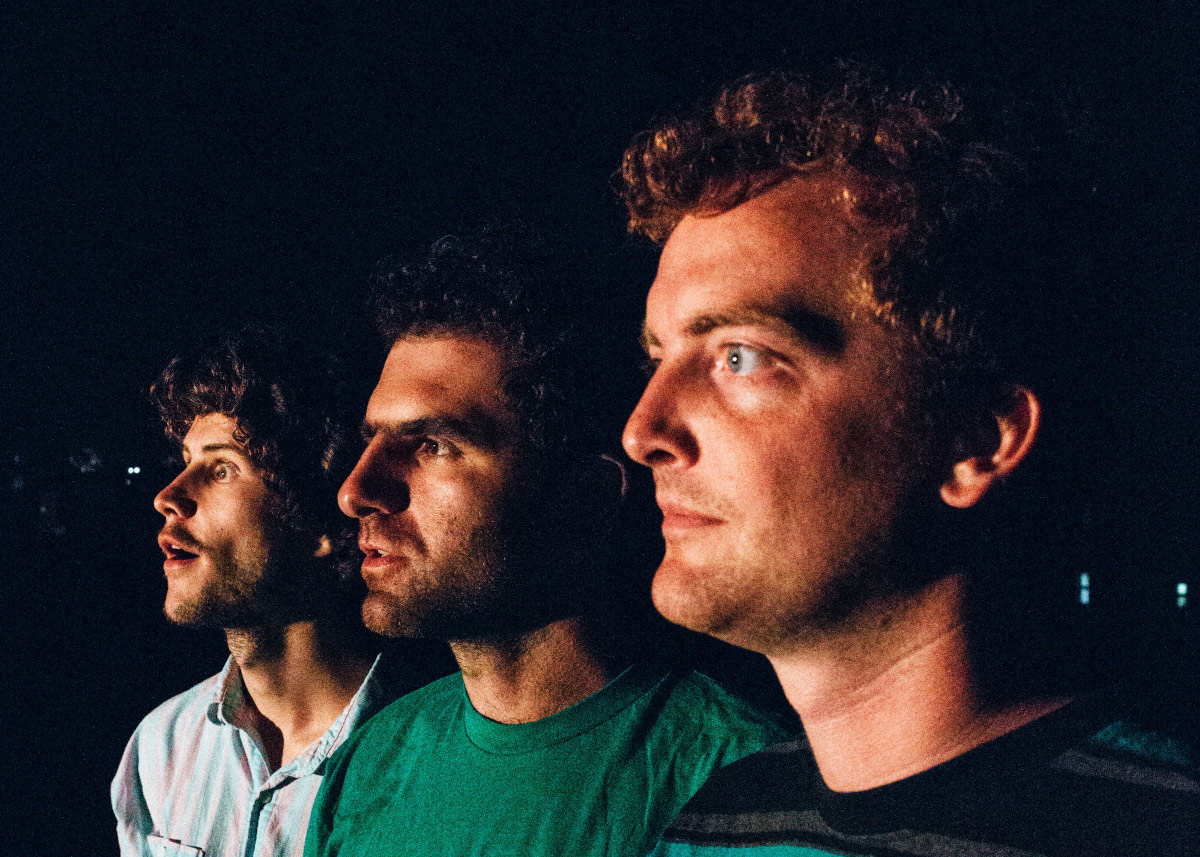