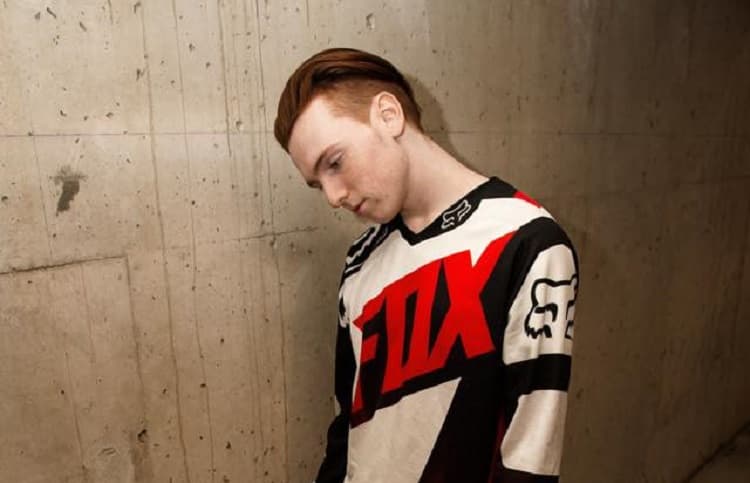 Hailing from our hometown of Mississauga, our latest spotlight is on Palace, the young DJ, graphic designer, and filmmaker. When’s he not studying at the Toronto Film School, you can find him on set working on commercials, documentaries and upcoming music videos as the director of Aspyn Studios. He also helped run sanct.fm up until recently. If you’re unfamiliar with sanct.fm, you can hear a quick mix featuring related artists, along with our chat about his ongoing film projects and more, down below.

The Palace 101, Palace is a luxurious place full of sounds visuals and designs. Essentially my palace is my mind and thoughts.

What kind of stuff were you making back then?

I was making little graphics for call of duty clans, things that people would upload to their YouTube channel

Haha, amazing. Did you compete at all?

I played a couple clan battles but was never too competitive. Me and my friends would play all the time though. Back then I wasn’t the greatest but I always strived to be like the top designers. I would see different clan logos and try and recreate them.

So you’re 19, in post secondary, work part time, and run your own design studio. That must be tough.

Yeah I’m 19, in film school, working part time at a grocery store, I run my graphic design studio, and a film production company with 3 business partners. It’s tough and deadlines are crazy but Nina (my business partner) always keeps me on my toes and makes sure I’m doing what I’m supposed to.

So what’s your priority? Where do you see yourself in 5 years?

Oh that’s a tough one! My priority is Aspyn Studios, and in 5 years I see myself working full time for Aspyn Studios, doing my graphic design on the side and I could never forget music. I will forever be making mixes so always be on the lookout for new stuff.

You recently shot a short film called “End Game: World of Warlords” What can you tell us about it?

Absolutely, so we had a class project to shoot a short film on 35mm film, super 16, and digital. So my friend Jeff Feldcamp who is a great writer came up with the idea. A man who is torn by the recent separation with his wife tries to rebuild his relationship with his son, his son won’t acknowledge his dad because he is to busy playing world of warlords. The dad hires gaming experts to go in and kill his son’s character. Epicness ensues as the father and son go on an adventure together building a new bond together and restoring a once broken relationship. I’m super excited for this one to be finished and we shot on a cliff in Toronto – the Scarborough bluffs.

You shot “The Modern Witch” a few months ago – what was it like talking to these “witches”?

Has it been released? Couldn’t find any information about it. I’d watch it because you know, “modern witches.”

“The Modern Witch” is not released yet, we premiered it at TFsFF where it won best documentary. Nina is hard at work making a couple changes in the edit and it will be released before Christmas, we are hoping early November. Excited about that one too.

What was it that drew you to film making?

Oh what drew me to film making was the aspect of creation. Ever since I was young I would always ask my mom and dad for the digital camera and I would start recording stuff, never knew what was going to happen I just did it. As I got older I found myself watching a lot of movies and gaining an eye for good acting, nice shots and good story elements. From there I wanted to study it further.

You also helped run sanct.fm radio which abruptly shuttered not too long ago. What happened with that? You guys had a really good thing going, representing all those artists.

Well I was initially hired onto the project as a web designer to help boost the quality of the show and other projects that weren’t quite released yet. Then as me and Lucio became friends I started to help out with whatever I could. It was a super busy task for all of us to run and one of the big reasons sanct is no more is because it takes a lot of time and money to run something of that size. We all could only do so much for it while still working at our other jobs. Sanct is still in all of us whether or not we have a website to prove it. I only realized after how big sanct actually was.

Any chance of it or something similar happening in the future?

Oh most definitely there is.

For those unfamiliar with sanct, who are some artists they should check out?

There are so many, absolutely check out rare he’s been my best friend for years, M E N A C E is my brother and a few other notable artists that were from sanct would be Trash Lord, spont, Tim legend, sorsari, 2nervous2be, four lore and Anubis, and those are just the artists off the top of my head. I mean anyone who was in sanct was there for a reason you know they brought something new and they had their own style.

Have you thought about getting into producing ? If your schedule can even fit that.

Haha I’ve thought about it a bunch but honestly I don’t think I’d have the patience to learn it. I think it’s so confusing but then again people say it’s confusing when I do my work in Photoshop. I hand it to all the guys out there producing that’s some tough stuff.

So what’s next for palace? Do you ever play any gigs or anything?

I really want to play a gig in Toronto. I’m recently 19 so I’m just allowed into the clubs in Toronto, so I’m on the hunt to play a few gigs, look out for me! As for what’s next a whole lot of graphics and mixes! And all of us at Aspyn Studios are going to be pushing a bunch of music videos out in the next few months.

The mix you’ve made us, what was the inspiration behind it?

The mix I made for you guys is inspired by Mississauga and Toronto sound, but you know I throw a little bit of everything into a mix, I never want the listener to expect what’s coming next, it could be turn up then chill real quick.

Born and raised in ‘sauga myself, what are some of your favorite spots?

Off the top of my head I can think of Sheridan mcdicks and Tuner Tim’s.

Just to thank you guys for this opportunity. Oh and Mississauga is going to be on the map real soon. I’ve met so many crazy artists around here.