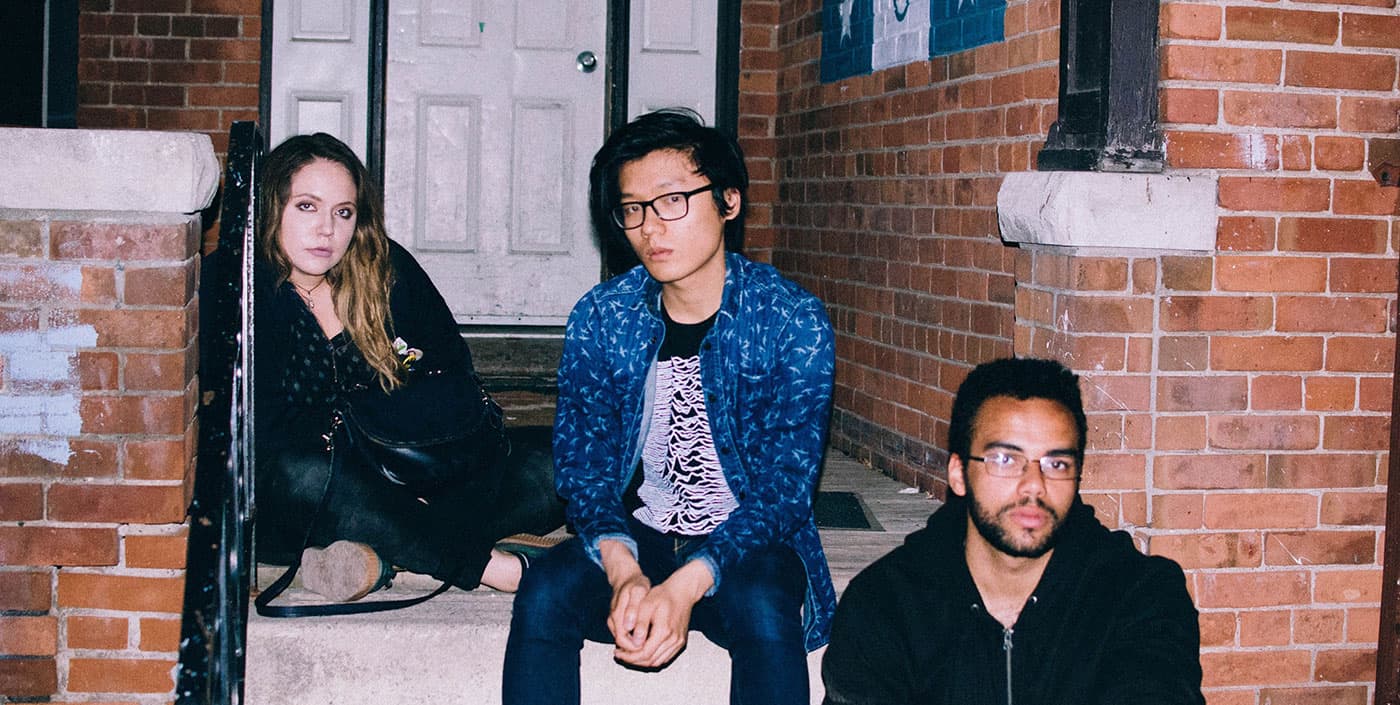 There’s Nothing In The Annex is the debut project from Toronto trio Overlapse (Quin Kiu, Marie Ko, Rhys Darnell-Martin). I first caught wind of them with the addictive Medicating and Ko’s somber vocals with a wistful air that flows through the cracks of piano notes. Having spent a few years living in the Annex, although not as a student, I eagerly awaited the album’s release, and they did not disappoint.

Throughout the project, Overlapse shares their experiences with the fleeting lifestyle of a post-secondary student and all the lows that come with feeling burnt out. Solace is found in drugs and alcohol amidst failed relationships and perpetual debauchery, all with eclectic sounds that translates their various emotional states. Between menacing beats with a crashing urgency like on Playing Games, to the stunning piano led Alligator, there’s a sadness and a rage that simmers beneath each track. From the classroom to another party on St. George is a blurred haze of the heartbreak and anger that follows star devouring lust and a jealousy that could swallow cities whole.

I spoke with Overlapse to discuss how they came together and more, so read the interview below and get a different perspective on the Annex by spinning There’s Nothing In The Annex.

Tell me a bit about yourselves.

We’re a three piece alternative R&B group from Toronto, ON. The funny thing is that none of us are actually from Toronto. Rhys is from Montreal, Mariko was born in Ofuna, Japan, and Quin’s from Hong Kong. But not being from Toronto is a very Toronto thing.

It was a bizarre coincidence how it ended up happening. Mariko can answer this one:

“We all met separately. I met Quin on residence at the University of Toronto — I lived right on the floor above his dorm room. We always talked about making music together but never got around to doing it. We didn’t do it until one night, when we sat up on the roof of my building (I had just moved out) which had a beautiful view of the city. That’s where we first started. And my first encounter with Rhys was a strange one: I randomly met him through mutual friends and he tried to convince me that I wasn’t born in Japan and lying about my identity… Never spoke to him again — until he coincidentally moved in with Quin a couple years later.”

It was all put together in a couple bedrooms. We worked together on everything. We usually started with laying out an instrumental and writing over that, and then modifying the music as we saw fit, and vice versa — as if it we were engaging in some dialogue. The music informs the lyrics, and the lyrics inform the music, and so on.

We also recorded during the summer and it was incredibly hot. I (Quin) remember a few times when Rhys showed up with his own personal fan. My room at the time had these huge glass windows, and it faced the sun during the day. So it felt like a greenhouse. There’s Nothing In The Annex was literally made with sweat.

Did you have an idea of the direction you wanted to go in, or did you just go with the flow?

We’re all college students, and we were all pretty burnt out with the typical lifestyle at the time…I’d walk home alone at night, crawling up through St. George street. I’d see all this furniture up on lawns, students chugging down solo cups of beer. The view from my bedroom was a fraternity house blasting music endlessly into the early morning hours, so it was on my mind a lot. When something’s on your mind a lot it ends up bleeding into whatever you’re making.

Are you guys still living together in the Annex?

Rhys still does (“but I wanna dip!”), but the rest of us have moved out.

If this was the first major release for each of you as artists, were there any reservations?

The three of us all have different feelings about this –

Quin: I never really thought about it. I just wanted to make something honest.

Mariko: Honestly, I’ve never considered myself a writer or lyricist. I still don’t. I don’t like writing about myself so I create scenarios and try to experience them in my mind and use things I’ve felt before and notes I’ve written down on my phone to relate to those. I wanna write more cohesive lyrics but I’m lazy and I’m not a writer. I also feel very comfortable when my feelings are repressed and therefore am much more at ease writing about other people. Maybe I can change that on future albums but probably not.

Rhys: No, all there really is is no tellin’.

Any plans to play shows? There are some great venues in the Annex…

Certainly soon! Between working on new material, it’s all we’ve been talking about and looking into. We’re just waiting for a lull in our schedules so we can really jump into it.