FRCLN is an 18 year old producer from Toronto making some wild heavy bass music from high in the heavens. In the past year alone, he’s released several projects, ranging from the ambient and dissonant work of his early days, to guttural hip hop inspired pieces like Angel. When he’s not focusing on his ear crushing music, you can find him releasing lighter a.d.d beats for his side project called Miniblinds.

In our latest Toronto Spotlight, FRCLN brings his taste for wavy ethereal backdrops mixed with aggressive 808 blasting hip hop in this banging mix. Spin it below and read the interview we had while he was simultaneously writing an essay.

Tell us a bit about yourself.

Hi, my name is Malik Gilzay. I’m an 18 year old producer/artist from Toronto. I make cloudrap inspired music under the name FRCLN.

When did you first venture into creating music?

I think it was when I was 14 or so. My parents enrolled me in piano lessons and I took it for a few years, but it just wasn’t my thing. I dropped it after a while because I was mad bored with playing someone else’s music. Half the time I would just mess around on the keys instead of practicing, but I really enjoyed doing that. From there it just snowballed into making quick doodles, to tracks, to EP’s, to an album. I’m glad my parents enrolled me in those lessons, but I regret dropping it now that I’m so heavy into making music.

Do you think you might take it back up in the future?

Once I graduate from university, then hopefully. Either that or singing lessons. It would be nice to be a songwriter too and actually make songs with lyrics instead of sampled “oooh’s” and “ahhh’s” from other people.

What’re you taking and where?

I’m currently enrolled at Queens University out in Kingston Ontario. It’s a bit far from Toronto, but it’s the only place with a program I actually like. I’m mainly taking a bunch of computing courses, but also things like film, economics, and marketing. So far I’m enjoying my time here, it’s a pretty nice place.

But your heart is set on music as a career?

I’d love more than anything in the world to have music be my career, but it’s always nice to have a backup plan if music alone can’t pay for the bills. I don’t really want much in life, just enough money to pay rent and buy some clothes every once in awhile, so if my music can provide that for me I could honestly die happy. But if that doesn’t happen, I’ll at least have the proper education I need to get a good job that can pay rent, but also gives me enough spare time to make music.

With a broad range of classes, Is there something you do want to do career wise that doesn’t involve making music?

I think going into something like software design would be pretty cool. That depends on how well I do in my computing courses though. I’m still just a first year student and I’m not really sure what I want to do with my life yet. All I know is I want music to be a part of it.

What’s the single most important piece of advice you’ve been given, up until now?

“Do what you want to do. Money will follow.” My mother and father always told me that. They supported me in any and every endeavour I’ve had. They never told me I had to be a doctor or whatever so that I could be wealthy, but rather they told me to follow my passions, and that the money will follow right behind it. That statement became something I live by to this day. It’s why I give free download options for all my EP’s and music. I’m not in this for the money, I’m in this because I enjoy making music, and any money that comes from that is just a bonus.

Did you grow up in the city?

Yep, I’m born and raised in Toronto. I couldn’t see myself living anywhere else.

What are some of your favourite spots to hit in the city?

Chinatown is a big one. We will often hit up this place everyone calls “Pitchers”. It’s not actually called that but it’s what everyone knows it as since they bless a pitcher for like $10. Then there’s always Bloor west and Runnymede, where me and my friends grew up hanging around. There’s actually not that much there but it’s close by so we will pretty much always end up there one way or another, be it to grab food after a jam, or to just hang at. Then there’s obvious stuff like the Eaton Center and the general Yonge and Dundas area. Other than that we pretty much just go wherever we hear something lit is happening. It could be at Pape station or Islington, but either way, if it’s lit then we’ll reach and see what’s happening. 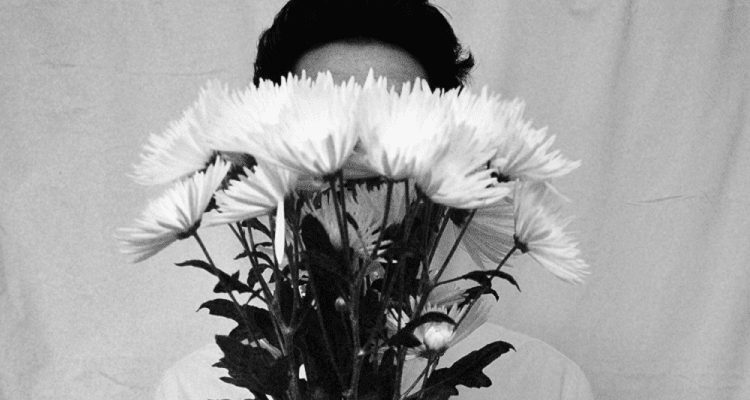 Your last project, Leaving Home 1942, was ambient and more down tempo than I Woke Up Ready To Die. What can we expect from you in the future?

I really have no idea where my sound is going to go next. I used to make really ambient, breathy tracks, but recently I’ve started pushing towards loud, claustrophobic tracks with heavy Atlanta-trap influence. I’m probably going to stick with this sound for a while but that could fully be subject to change. Whatever it is though, it’s going to be dreary and dark, I know that for sure.

Anything in the works? EP/LP wise.

Nothing currently. But I finish the semester in late april, which gives me around 4 months of free time to work on music. So it’s somewhat likely that I’ll have an EP out by September. Hopefully with some cassettes too.

Oh man I’m not gonna lie, I don’t know many local producers around here, other than super obvious ones like Noah 40, but we all know that’s never going to happen. I don’t have many musical connections in the city, so there’s nobody to really point me towards cool producers in Toronto. I definitely need to do some branching out and go actively looking for cool Toronto producers to work with, because at this point my knowledge of local artists is absolutely shameful. I don’t know anyone. I know more dudes in Australia than I do in toronto. But for artists in general, it would be lit to work with Mo-G or like Safe or Ramriddlz or something, but once again, those dudes are super big and I’m still a nobody.

Definitely something I need to work on though once I’m back in Toronto. Gonna really try and immerse myself in the local homegrown toronto rap scene.

I guess that explains why you’re with an Australian collective?

Haha yeah. I found out about the collective by stumbling upon Drip Drop and Paisley on soundcloud. I noticed they were part of the same group Gentle Records. I sent an email to Gentle, along with the track ROSARY, and told them I’m working on an EP, which is now known as JISATSU SESSIONS, and asked if they’d like to host it on their label. I was surprised when I got an email back from Paisley himself, who happens to run Gentle Recs with Drip and others. He said they’d love to have it on Gentle. Prior to that, I had been turned down from every other label and outlet I approached. Gentle was so welcoming and friendly, and they accommodated every need I had, like featuring the EP on my bandcamp for cassette purchases, and then linking to Gentle Records’ bandcamp for the free download option, and they had no problem with it. They promoted the hell out of my EP, and to this day, ROSARY remains my most popular track ever. I’m sure Jisatsu Sessions would have gone unnoticed forever if it wasn’t for Gentle Records. I owe them a lot. They’re incredibly cool dudes with a crazy range of artists.

What was the inspiration behind the mix?

The inspiration behind the mix was representing the two styles of music that I make and love. Sometimes I make really light, fragile trap songs, and then sometimes I make loud, aggressive songs. I love both of these kinds of music, where trap beats have a unique edge to them, be it tons of reverb and whispy vocals, or clipping 808’s and energetic melodies. Trap beats are so versatile that they work incredibly well for all kinds of music, and I wanted to showcase a bit of that. All the songs in the mix are in constant rotation for me, and from regular dudes like you and me on soundcloud.

I’d just like to thank everyone for their incredible support. I know I may say this alot, but I truly appreciate it. Without music I’m nothing, so for everyone to give me the gift of listening to my stuff is just beyond words. I hope that you can continue to support me in the future. Shout out to StrawbBoyz and Blessington.

And thanks to ohestee for giving me an interview. I hope I can get my foot in the door of the Toronto music scene and help further Toronto’s ever increasing reputation for being the current creative hub for music.