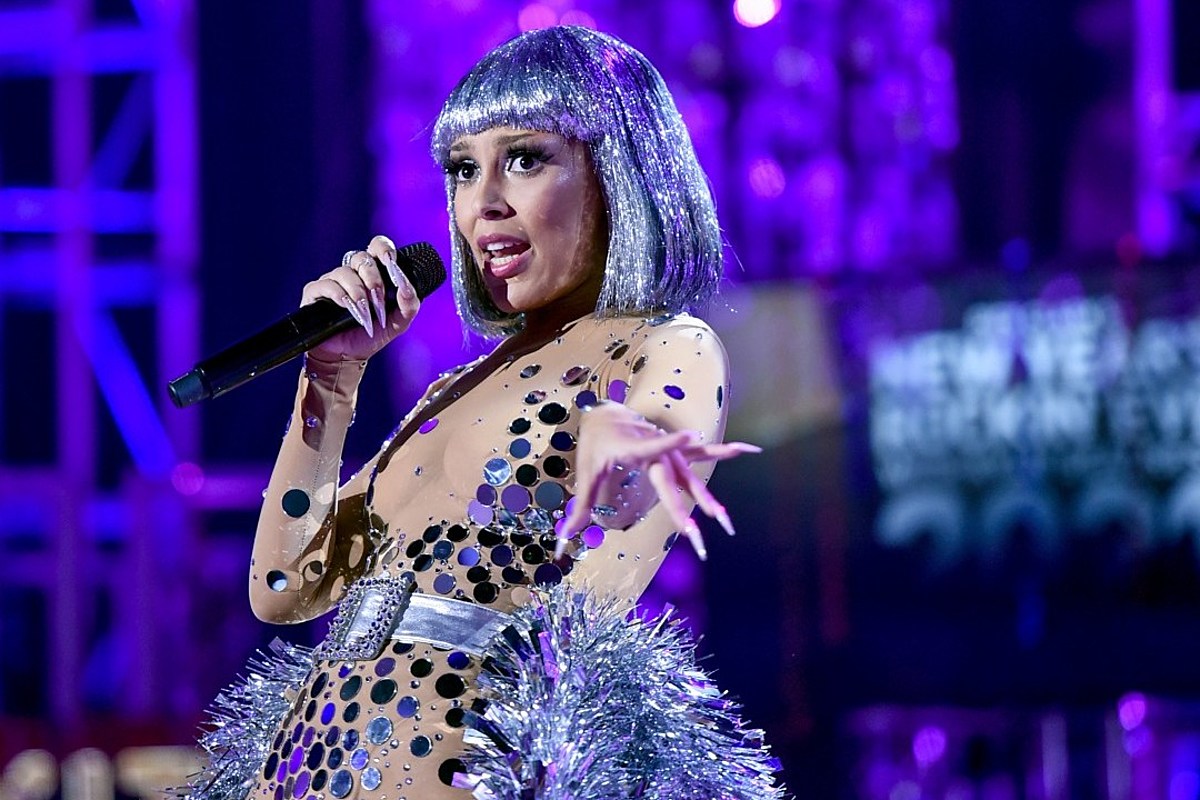 This TikToker could be Doja Cat’s twin!

TikTok user @watashidora83 has gone viral for her strikingly similar look to the “Say So” singer. 19-year-old Natalia uploaded videos of her lip-syncing to Doja Cat hits. The real Doja Cat is also on TikTok but seemingly hasn’t seen her lookalike just yet.

Along with the similar facial features, she even did her makeup to match the pop hitmaker’s teal alien look from her “Need to Know” music video. The video received over 700,000 likes and 2.6 million views.

Fans were just as stunned as Rexha. “Doja’s dad got some explaining to do,” one user wrote. Another TikToker added, “You look more like Doja than Doja.” Some users had to confirm that it wasn’t Doja Cat’s private account. “So… this isn’t Doja?” they questioned.

Fans have been continually requesting more videos, so much so that Natalia had to address her 146,000+ social media followers. She joined in on the viral trend where someone runs away from the camera while Mitski’s song “Nobody” plays in the background. “When people keep asking for Doja Cat videos,” she captioned the post.

Earlier this year, Natalia posted a video of her Doja Cat makeup tutorial which received over 4 million views and over a million likes.

Watch the clip, below.

25 Celebrities Reveal How They Chose Their Stage Names