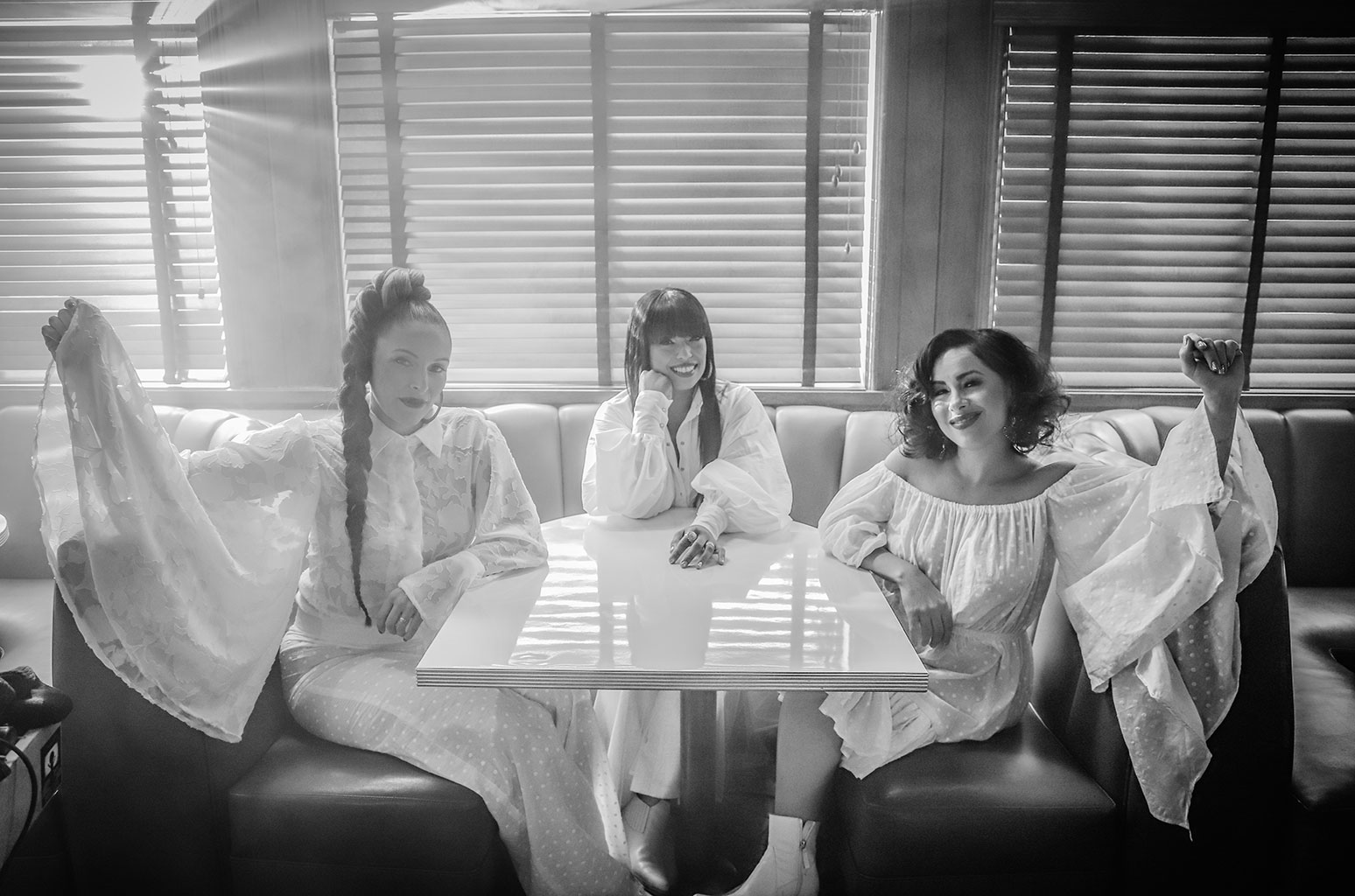 This Is How John Legend Ended Up Singing in Spanish With Flor de Toloache: Watch 'Quisiera' Video Premiere

During 2019, we listened to all kinds of collaborations, including Flor de Toloache launching the "Quisiera" music video with singer John Legend, which premieres exclusively below on Billboard.

But before the music video, the Mexican band members spoke with Billboard about how the collab with Legend happen.

Shae Fiol: We saw John perform in 2005 at Joe's Pub and been a fan since then. We heard him sing "Ordinary People" acoustic on the piano.

Mireya Ramos: When we started recording our album in March, we had a meeting with our producer Rafa Sardina, who we were really excited to work with. We started discussing and brainstorming about what we wanted for each song. When it came to "Quisiera," we knew we wanted a guest. Then we started daydreaming about the possible guests, and I think it was Shae that said, “What about John Legend?” “OMG yesss.” We all said, "That would be amazing, but do you think he would say yes?! Do you think he’ll sing in Spanish?” we asked Rafa, who already knew him.

Shae Fiol: I am a huge fan of his voice and songwriting, and he’s a very sweet guy. It totally blew my mind when we got the news he was down to sing, in Spanish! His voice is iconic. You always know it’s him from the first note he sings.

Mireya: I reached out to Ty Stiklorius [John Legen’s manager], a bit nervous of course but reminding myself that the worst that could happen would be  that he wouldn’t have the time to record with us. Ty was so sweet and responsive about the idea. She replied right away and not too long after, she got back to us letting us know John was onboard and that he would record in Spanish.

Shae Fiol: A John Legend collaboration with Flor de Toloache makes sense to me. We really push the boundaries of our genre and we love to fuse other genres with mariachi. Mariachi plus John Legend resonates with more people than one might expect. Those who love mariachi and those who love R&B, they overlap!

Mireya: The day of John’s session was here, and we were all waiting for the track, or at least a snippet of it like a little kid waiting for Christmas. He arrived at After Hour Studios [Rafa Sardina’s studio], where we recorded our album. Once Diana Rodríguez [their manager] sent us the snippet, it was truly perfect! Of course, he killed it. John Legend recorded it in Spanish. This track also means a lot to us since it’s by one of our favorite composers and “paisano” mío Juan Luis Guerra.