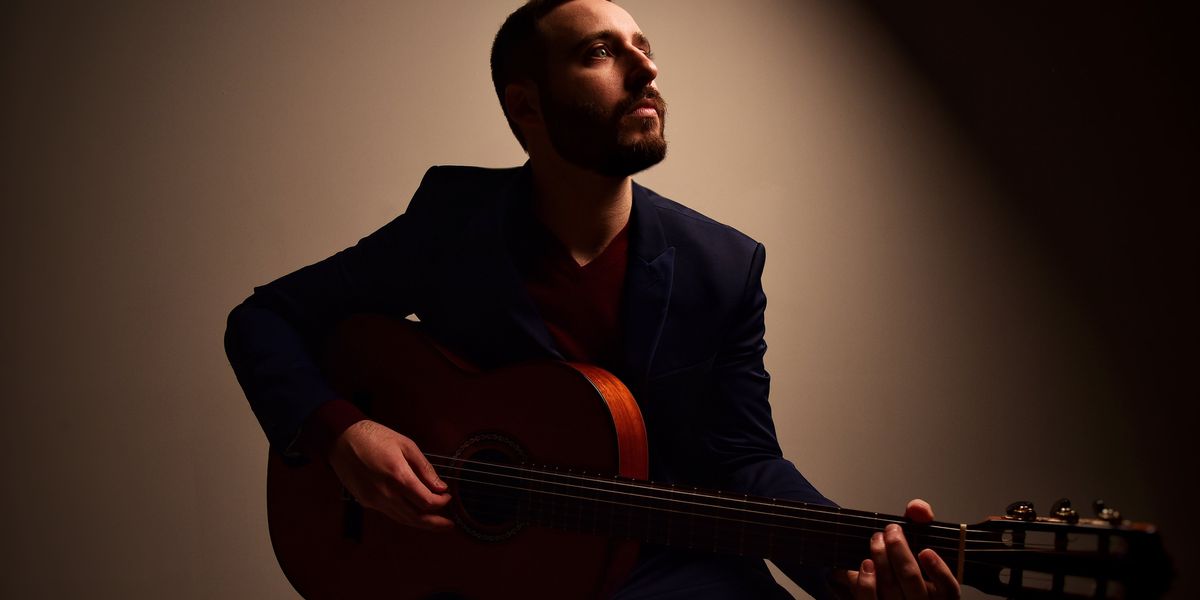 If you’re looking for a suitable blueprint for Wooden Cave, the latest album from Thin Lear, a good starting point is the single “Maniacs”. The uptempo power-pop rolls along on a sophisticated yet accessible arrangement, exquisite strings adding just the right amount of chamber-pop sensibility. The lyrics, however, are disarmingly chilling and describe a person being seduced into a dangerous cult. “If you’re hooked on a fishing rod / Throwing out hands to God / He won’t take you back again / That’s all right.” Leading into the chorus is an even more seductive line: “Don’t be afraid of new ideas…” As if to drive home the danger, an unhinged saxophone solo breaks in towards the end of the song.

“Maniacs” is one of 11 songs on the new album by Long Island-raised, Queens-based singer/songwriter Matt Longo, recording once again under the moniker Thin Lear (he also released a handful of albums under his name from 2011 to 2013). The songs on Wooden Cave seem particularly drawn to outcasts, eccentrics, and those beset by difficult circumstances. Obvious influences include Leonard Cohen, Harry Nilsson, Randy Newman, and — particularly from a vocal standpoint — Paul Heaton of the Housemartins and the Beautiful South. With that in mind, Longo — in his mid-30s — comes off as an old soul, which doesn’t mean he eschews contemporary musical styles or themes. Instead, he simply seems particularly drawn to that older generation and can channel those influences into fresh, new compositions effectively.

One of the eccentrics Longo pays tribute to is occultist Netta Fornario, on the album’s first song, “Netta”. Accompanied by a lilting waltz tempo, gentle acoustic guitar and aching strings, Longo piles on a wealth a novelistic lyrics in a relentless yet irresistible style that sounds like the work of someone who studied Cohen’s “Suzanne” over and over, or at the very least listened closely to Van Morrison’s Astral Weeks or Veedon Fleece to copy that type of loose, jazz/folk atmosphere. With Fornario as his muse, Longo imbues “Netta” with a mix of empathy and poetic mystery.

“Me and my downtime, we get along / Strapped on my back like a nuclear bomb,” Longo sings urgently on “The Guesthouse”, perhaps a reference to the potential perils of an insular personality. The chorus includes a vaguely alarming line: “Do you have any idea what I’m like on my own?” Like the aforementioned Heaton, Longo’s ability to transform the sweet sophistication of a well-constructed pop song into a blunt cautionary tale — a tough trick to pull off in lesser hands — works spectacularly throughout Wooden Cave. The words can be sharp and unforgiving, but the music is timeless and deeply felt. Instrumental touches that may seem strange on the surface are executed marvelously. “Death in a Field” is a perfect example. The wistful indie-pop that brings to mind Oregon-based cult artist Eric Matthews includes subtle horn swells, those ever-present strings, and Jonny Lam’s gorgeous pedal steel. Under most other circumstances, this would all come off as overstuffed. But here, it all clicks.

Recorded in Queens and Brooklyn with a sizeable collective of musicians recruited on an ad hoc basis, Wooden Cave — the follow-up to the self-titled 2016 Thin Lear EP — includes plenty of retro-centered instruments, including Mellotron, Fender Rhodes, upright bass and Wurlitzer. But the songs never seem like they were pulled out of the recesses of a long-forgotten songwriter’s vault. It doesn’t have that hoary, dusty quality. Longo and the musicians create a fresh, layered, and eclectic sound in the studio. The sparse, jazzy style of “I Thought I Was Alone” works beautifully alongside the jaunty, funky power-pop of “Behold You Now”, as well as the peerless AM radio pop of “Different Tune” and the string-laden, vaguely alt-country “93 Heap”.

Despite the occasionally knotty interplay of the musicians, one of Wooden Cave’s finest moments is also one of its most direct. “A Simple Phrase” is mostly led by an almost gospel-sounding piano, as Longo sings something of a lullaby to a man who has already died. “Forget about the things that need to happen,” he sings. “You’re not really here / You met your end ages ago.” The imagery and subject matter should be of no surprise to anyone familiar with Longo’s tastes. In the press materials for the album, Longo says, “my favorite songs deliver terrifying images in gorgeous packages.”

Wooden Cave — easily one of the best, if not the best album of this horrifying year so far — does what so many of the best albums do. It creates a unique artistic statement that’s a pleasure to hear from start to finish but includes plenty of ugly truths and harsh realities. Matt Longo isn’t immune to the horrors of the world, but he knows how to wrap them up in gorgeous, lush, sophisticated songs.