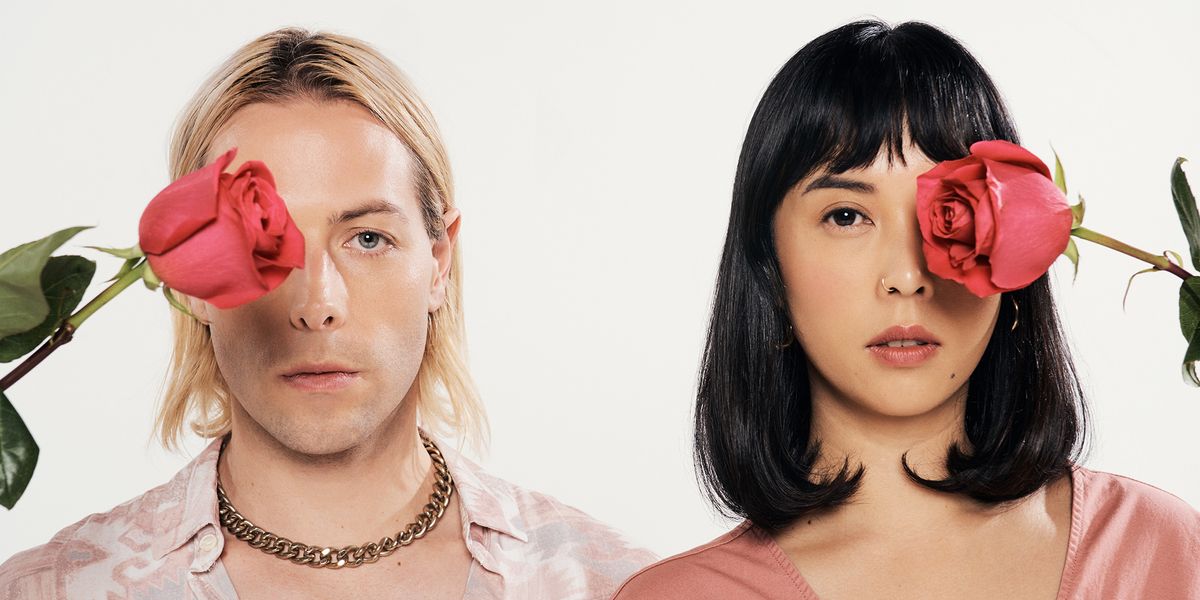 Is the Modern Rock Band the king of the concert? The answer is an obvious ‘no’, but there is ‘rock’ DNA embedded in the idea of a concert: the lighter in the air, the shredding guitar solo, the bodies bumping into each other in time. For most of their career, New Zealand’s the Naked and Famous defined themselves by this vibe. Their first three records were all barely controlled chaos with a tilt towards cool style. They wanted to be loud and dramatic, and they wanted their band to reflect this on stage just the same as the studio. Yet, internal changes have brought about some major changes for the group in the past few years. Recover, their first full-length of new material since 2016, eschews the idea of a rock band. They have hard-boiled their sound into something resembling modern-day pop form.

The Naked and Famous’ debut album, 2010’s Passive Me, Aggressive You, starts out with a relentless motorik beat and a synth that sounds like some kind of a rumbling machine. Add in the dramatic lyrics about a crumbling relationship and the Wire-esque guitar freakouts that come later and you have a good representation of the Naked and Famous for the rest of the decade that followed. They were loud, stylish, and in love with the form of the modern rock group. They had one standout feature though: a penchant for absolutely killer synth tones. Take their most popular song to date, “Young Blood”, for example. The opening tones are all tin and foil yet glorious, and that’s before the deep, fuzzy bass tone even comes in.

In Rolling Waves (2013) is arguably their strongest work in this style, as they blew out their structures to create slow-burning fuses that lead to explosions worth the wait. “I Kill Giants” is one of the best here, which begins quite normally for a Naked and Famous song, but takes a turn to the huge after they begin yelling and letting the timing fall off in the back half, creating something a little bigger than they had before, something a little more arena-ready. In between In Rolling Waves and 2016’s Simple Forms band leaders, Thom Powers and Alisa Xayalith ended their romantic relationship, and that seems to put some strain on the project. The ensuing album sounded tired and a little like a band just putting out a product. It’s the sound of a modern rock band making a modern rock record.

Since Simple Forms, the band has been reduced to just Powers and Xayalith, and they’ve been open about the growing pains. After a year of stutter-starts, the album finally began to bloom with the creation of the opening, titular track, “Recover”, a wildly produced track that surprisingly signals as simple and compassionate. Even though the glitchy production and sputtering instruments, all that’s heard is heart. It’s a fitting emblem of the whole album for this reason.

All over the album is modern pop production, but it never rings as plastic coming from this iteration of the Naked and Famous. Take the single “Death”; it’s built on a simple pulsing bass and includes that ever-present vocal pitch-shifting used in so many modern pop songs, but the heart of the song is tender. “This could be the last time that we see each other,” Powers sings, and it can bring a chill down your body if you let it. Recover is a work in pop form, with warmth for once. I’d say we can let the rock band aesthetic go the way of the dinosaur, at least if the pop duo can keep producing material like Recover. I’d hold a lighter up for this.