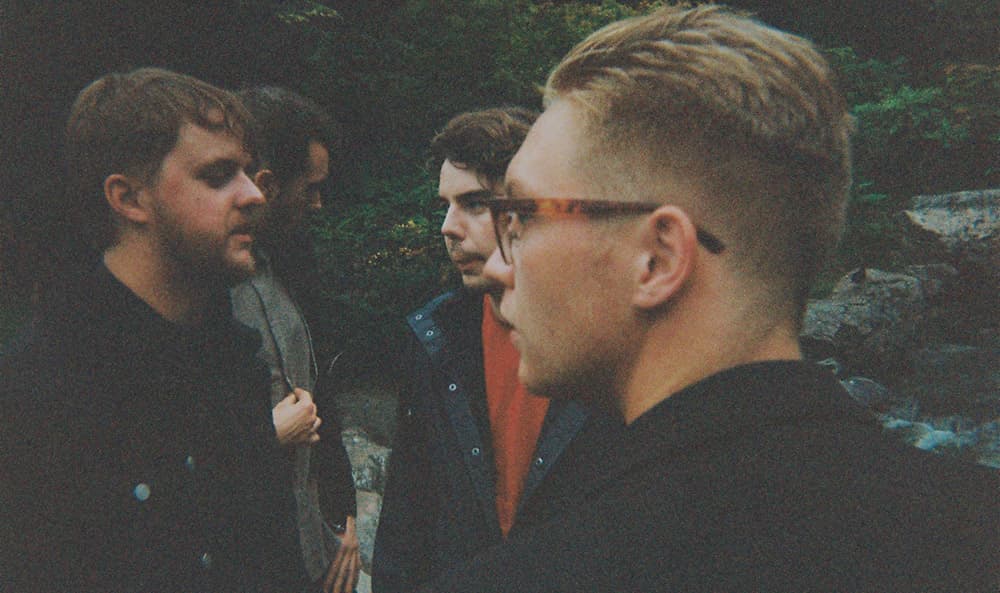 The Howl & The Hum is four York, UK-based friends from university, which was first inspired by Ginsberg’s poem “Howl”. This week saw the release of their incredible debut EP, Godmanchester Chinese Bridge, featuring the transatlantic Terrorforming.

For Terrorforming, The Howl & The Hum says it, “started out as a Springsteen-like rock ballad, and was stripped away more and more until the bare bones of the song were remaining, which seemed to be the best way of conveying the emotion of the song. It’s about the bravery involved in realising something in your own life is wrong, and doing something about it, despite what implications that may have.”

This stripping and bare bone approach was the right one. Tender vocals and the scratch of a single guitar with the murmur of ambient textures swelling like a nervous heartbeat comprise all four minutes. Immediate and intimate, it grips you with melancholy as you ruminate on your situation and the white flame of ennui. This place, this city, its sidewalks, its lampposts like spears that pierce with ashen perfume. It fills your lungs and gnaws in your belly with each step you take under the rancid shadow of familiar structures. Walking through the valley of shark mouthed giants as they untangle the knots of gray hair, each a little tighter than the next. There’s no escape, it feels the same. Hour by hour. Month by month. Year by year. Consumed by lavender behind ears. Cedarwood in eyes. Razorwires on tongues. Bravery? No. Just the crimson quail of insecurity and suffocating fear.