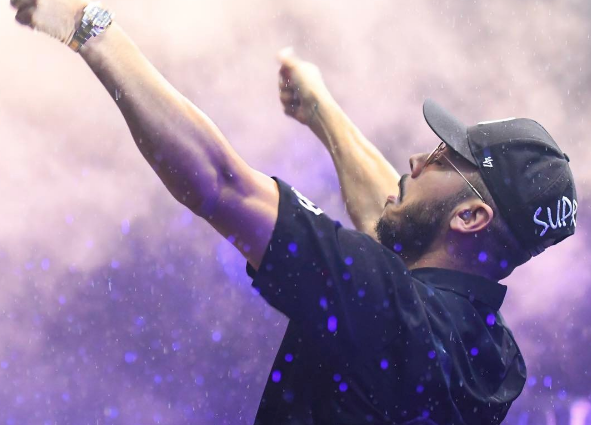 There is no denying that the nature ‘Trap’ music has undergone significant changes in the past few years. What started as the incorporation elements the southern hip-hop genre trap into dance music has taken EDM trap to the largest festival stages worldwide.

The ‘original’ trap sound followed a simple formula: a combination snares and hi hats in the buildup, with a thumping 808 and dark, ten unnatural sounding melody (sometimes vocal) for the drop. Seen by many as an evolution dubstep, artists such as Diplo, Flosstradamus, Bauuer, Yellowclaw RL Grime and DJ Snake set an early standard for what the genre could be, and garnered an almost cult-like following from fans across the world.

Fast forward to 2018 and the genre has become almost unrecognizable from the original sound one. With heavier drops, bigger 808s and a deeper, darker sound, the sound is now more reminiscent dubstep than it is trap. As ‘bass’ music (both future and heavy) keeps dominating the new sounds coming out the trap genre, fans can continue to expect a shift further away from the original sound the genre.

Not that there still isn’t an appetite for the sound. Later this month, Slander and NGHTMRE will be bringing their internationally renowned ‘Gud Vibrations’ b2b tour down under. With a little help from international supports including Valentino Khan, Yehme2 and Whipped Cream, local fans can expect to hear a range trap sounds, both new and old.

In the lead up to this massive tour, Stoney Roads had the chance to chat with both Slander and Yehme2 about the changing nature trap, and how they have continued to evolve their sound throughout their long careers.

Stoney Roads: How were your current projects born?

Slander: We started out dj-ing frat parties at UCI in Irvine, CA! Then years later we took up production by taking classes at Icon Collective. That is where we met NGHTMRE and our partnership with him began.

Yehme2: I’ve been making music under this moniker for a year and a half. In 2016 I challenged myself to make a new beat every day for the month May. At the time I was still in Flosstradamus and didn’t feel I could release these songs under that name, so I came up with YehMe2 as an outlet.

SR: What do you feel the main differences between trap are from when you started to now?

SL: Over the course last year there has been a huge shift in the underground scene from trap to dubstep & riddim. We saw this shift beginning to happen in March 2017. Back then we started noticing crowds were moving more to the dubstep records we were playing than the trap ones. Every night last year we could see the energy shifting little by little towards these more heavy bass records. Then once we played at Lost Lands in September 2017 we really saw the sheer force and size this underground heavy bass movement that had seemed somewhat dormant during the trap takeover the past few years, so at Lost Lands we played our first ever all dubstep set and we haven’t looked back since!

Ym2: In the early days we were just making really high energy rap beats. We were really just beginning to bridge the gap between Hip-Hop and EDM. Now the genre has segmented into several different sub genres, and the original sound is all but gone… Ha, except for me and a handful others still making it.

SR: How have you guys managed to remain so fresh and innovative in a genre that is constantly evolving?

SL: We have always constantly evolved to try and keep things fresh and we change our set for every single show we perform. We when first started djing we used to play house and trance, then we moved into trap, and now we have moved into playing dubstep and heavy bass music mixed with a fair bit hip hop.

Ym2: I have no classical training, so when the genre evolves and everyone starts making shit that sounds exactly like whatever is hot at the moment, I literally can’t. So I am forced to make whatever sounds come to me naturally. I have all these non traditional ways to achieve whatever sound I’m after, so they’re literally impossible for other producers to mimic.

SR: Have you ever considered moving the project outside the boundaries trap/bass to explore different sounds?

SL: We only play and make music we love, so if there ever comes a time when we start to love another sound, we will move on to that.

Ym2: Yeah! I made a bunch house records with A-trak recently! Check out our “Skat Men” EP. I’m from Chicago and this city is like the musical crossroads America. All genres come through here, so no matter what I make, it’s going to be an amalgam all the different styles I’m influenced by.

SR: Where do you see the genre progressing to in the future AND who are the young guns bringing it forward?

SL: In the future we foresee heavy bass music will grow even more. This type bass music has a huge underground following that many people have underestimated for years. Right now we love Spag Heddy, Phaseone, and Wavedash, these guys are KILLING IT right now with their new productions.

Ym2: It’s coming back around to the original sound. A new version it, but still something that feels a bit more beat orientated. Shit got so hard and aggro, and just like when that happened with dubstep, trap was the answer. Check out Senojnayr & Jordan Commolli, they are bringing it right now.

Catch both Slander and YehMe2 as they both travel round the country for the ‘Gud Vibrations’ Tour. Head to their  for tickets and details.