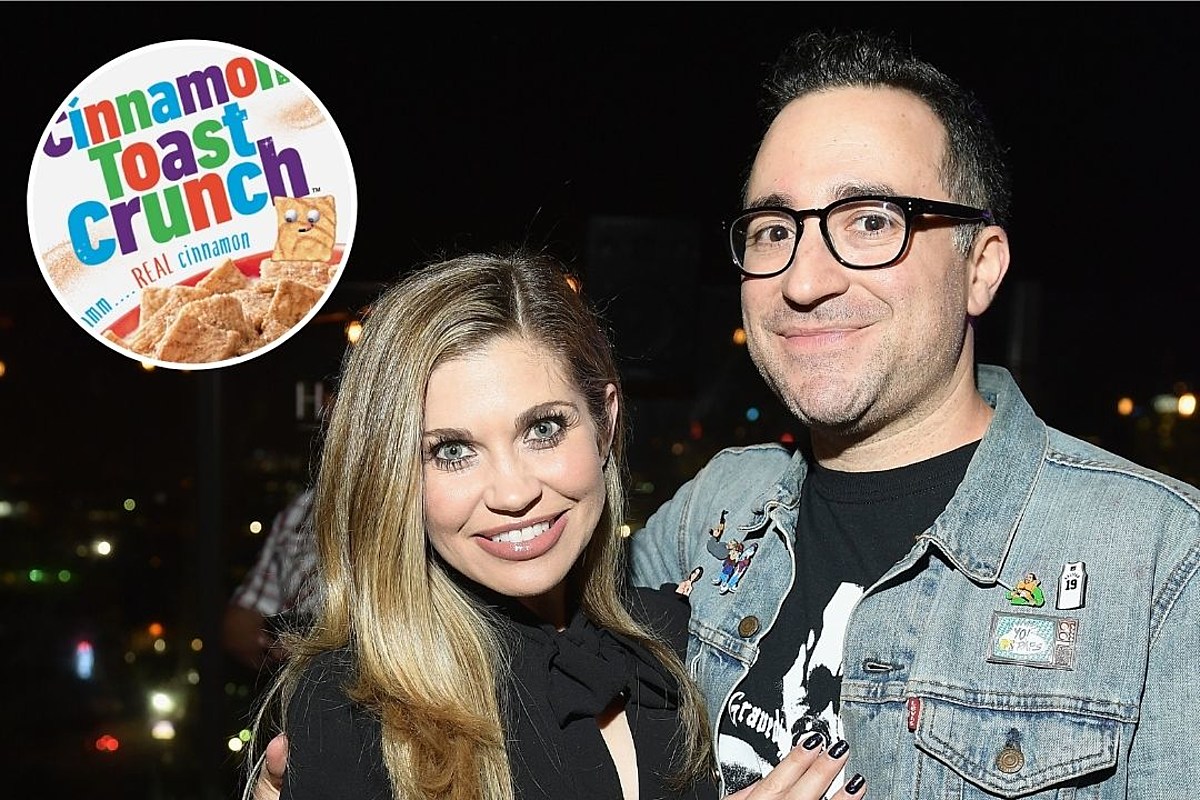 The internet is currently captivated by the saga involving a man who found a series of stomach-churning items, including what appear to be shrimp tails and possibly rodent feces, in a box of Cinnamon Toast Crunch—and yet the latest revelation is apparently the most surprising of all!

It turns out Jensen Karp, the “Cinnamon Toast Crunch guy” on Twitter, is married to Danielle Fishel — a.k.a. Topanga from beloved ’90s teen sitcom Boy Meets World. Once fans made the discovery, Topanga quickly began trending on Twitter.

Karp is a Hollywood writer and comedian while Fishel is focusing her television career on directing. The pair first met in high school, but their relationship didn’t turn romantic until 2017. The couple wed in 2018 and welcomed their first child, a son, last year.

One fan pointed out just how bizarre this whole situation really is. “A man named Karp married to a woman named Fishel found shrimp tails in a box of Cinnamon Toast Crunch,” the user tweeted. “The cereal was purchased from the Costco on Topanga Canyon Blvd, and his wife played Topanga in Boy Meets World. Meanwhile, Karp used to be a guest on Pistol Shrimp Podcast.” Karp responded by confirming that all of the information was “factually correct.”

After Karp ate a bowl of the cereal, he was ready to pour more of the cereal for their 21-month old son when he made the shocking discovery. After sending an image of the objects that were found in his cereal, General Mills claimed that those were “an accumulation of the cinnamon sugar.” Karp responded with close-up images of his findings.

Fishel, who apparently has a stronger stomach than Karp, opened the other bag in the Cinnamon Toast Crunch family pack box and apparently found dental floss inside.

“I think I am done,” Karp told Yahoo! on Tuesday (March 22). “I haven’t eaten since. I feel sick. I keep saying I feel sick but not physically, I feel sick mentally. My plan is to juice cleanse. I feel terrible.”

General Mills offered to gather the pieces for examination, however, Karp wasn’t convinced since their social media team claimed that it was just accumulated cinnamon sugar.  Karp sent the apparent shrimp tails for DNA testing while he found a lab to test the “black things.”

So, what does the future hold for Karp and his findings? “I’m not considering legal action. Obviously, if I ate rat poop, we’re gonna have to readdress that,” he told The New York Times.