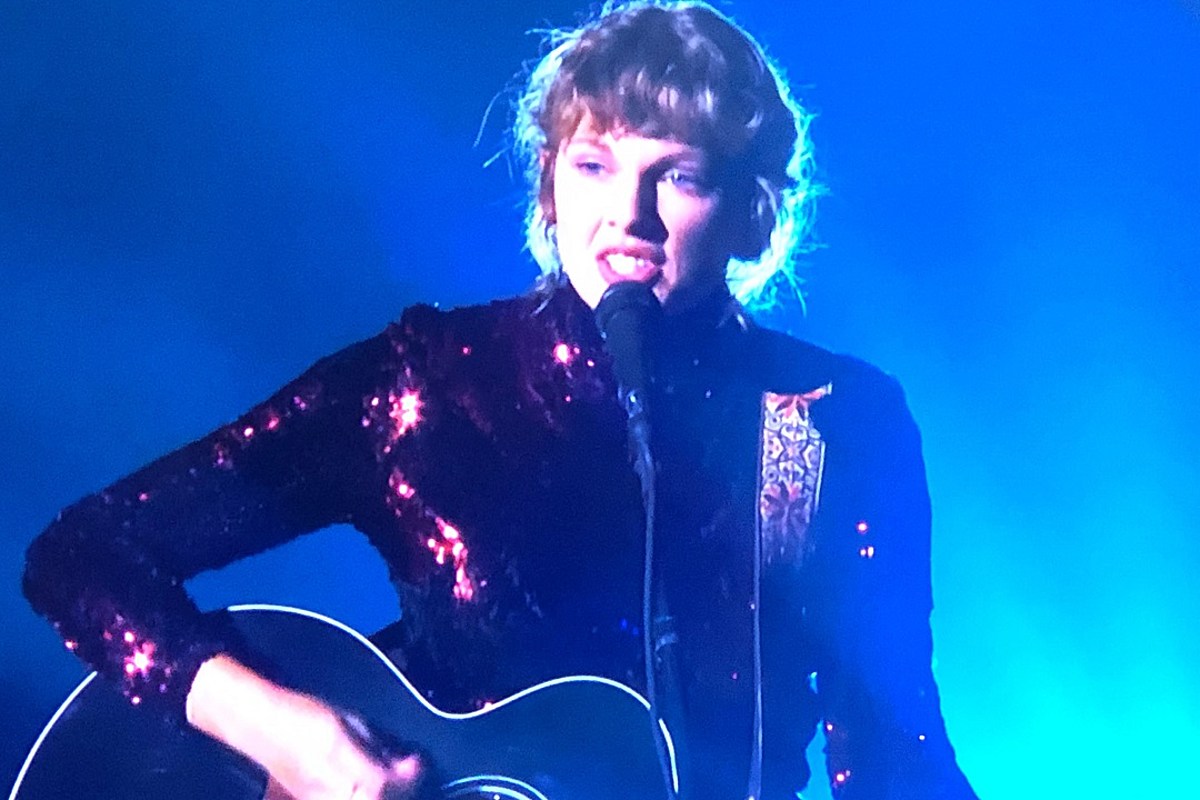 For the first time since 2013, Taylor Swift took the Grand Ole Opry stage at the 2020 ACM Awards on Wednesday night (Sept. 16), with a performance that proved how easily the singer-songwriter can shine in the country format, despite all the years that have elapsed since she transitioned into pop megastardom.

Alone on the Grand Ole Opry House stage save for a single background player, Swift strummed a black acoustic guitar as she sang "Betty," from her surprise-released Folklore album, which she dropped in July. The song is being promoted as a country single, and her ACM Awards performance of the song was its world television premiere.

Throughout her career, Swift has amassed a total of nine ACM trophies and 35 nominations. She received the show's highest honor, the Entertainer of the Year Award, in 2011 and 2012. Even after the 2014 release of 1989, which is considered by many to mark the singer's official transition into the pop genre, she returned to the ACMs stage in 2015 to receive the 50th Anniversary Milestone Award.

Swift's name has also continued to come up in the nominees list at the awards show over the years. In 2019, she was nominated for Video of the Year alongside Sugarland for her role in the duo's "Babe." (The trophy ultimately went to Chris Janson for his "Drunk Girl.")

Even though Swift has been a presence now and again at country awards shows in recent years, it was refreshing for fans to see her take the stage again, with a song so reminiscent of her early years in country music. The singer announced her plans to stop by the 2020 ACM Awards less than a week before the show, casually tweeting, "Bout to show up at your party" — a nod to a line in the chorus of "Betty" a few days prior.