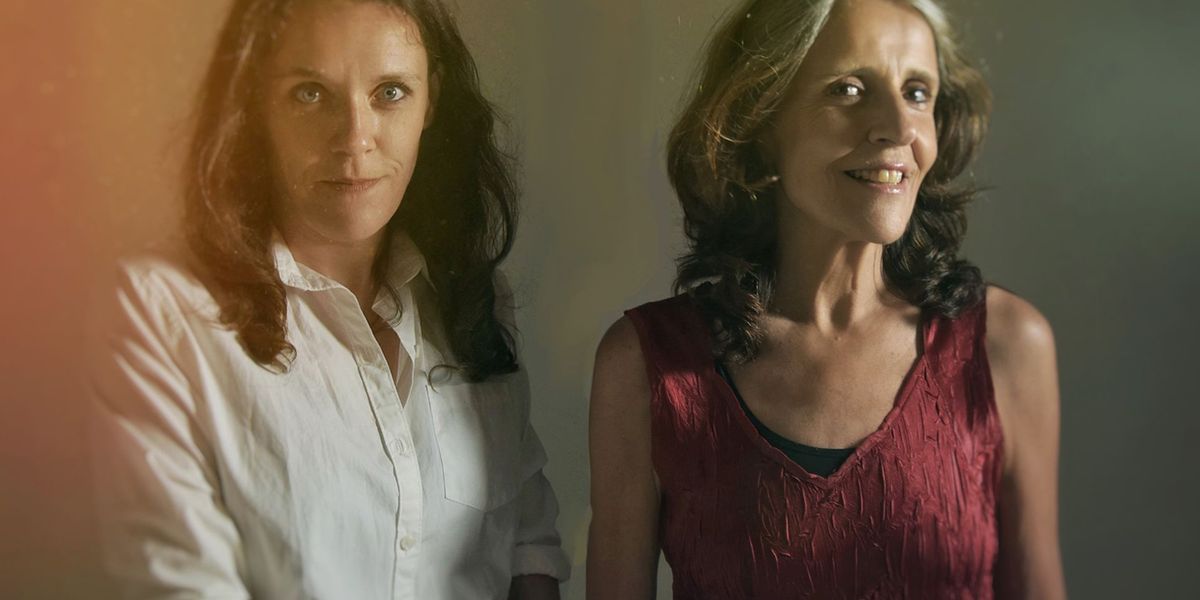 I Can Still Hear You is the new 11-song set from mother/daughter duo Suzzy Roche and Lucy Wainwright Roche. Releasing 30 October via StorySound Records, the LP features a wide range of original compositions as well as a carefully selected group of covers. Recorded between Nashville, Brooklyn, and Manhattan, the collection is a welcome collaboration from two venerated singer-songwriters. It also serves as a testament to the human spirit in a time of darkness.

Sessions for the record began quietly enough with producer Jordan Brooke Hamlin at the helm. Though work continued through the tornado that tore through Nashville in the early spring, the mother and daughter duo returned to their Manhattan and Brooklyn, New York comes in the wake of the COVID-19 pandemic. Work, however, didn’t cease even though their lives had been turned upside down. With help from assistant engineer Helen Vaskevitch, the venerable Stewart Lerman (who mixed), and close friend Dick Connette (Story Sound Records), the mother and daughter duo were able to complete the record. (The record also features appearances from Amy Ray and Emily Saliers of the Indigo Girls.)

The lead single, which also serves as the titular tune, was written by Wainwright Roche after returning from Nashville, at a time when New York was transformed from the City That Never Sleeps to a relative ghost town. “I had hoped that I would finish some songs in time to get them on the record”, she says. “I started this from scratch; I wrote it in the period when things were shut down. No takeout, no one on the streets. Empty and silent except for sirens.”

The isolation revealed the stark contrast between pandemic life and pre-pandemic life. “There was a thread of connections that started web out between people”, she recalls. “There are people I hadn’t seen in a while, people I would normally see but couldn’t see. You start connecting through the Internet. But we were profoundly alone. And yet people were reaching for each other. There was this combination of disconnection and heightened connection. That’s what I was thinking about.”

She adds that she was also contemplating the passing of her aunt Maggie Roche in 2017. “There’s a line a song about her. I was reaching across space to connect”, Wainwright Roche adds.

Creating a video for the track provided other challenges. “We were in shock with everything that was happening”, she adds. “The song is so specific about everything that was happening in New York at that time. I looked to see what I had in terms of images. Everything in the video is stuff that I happened to have on my phone, that I happened to take randomly. It’s not a slickly produced video, but I think it’s right for what it is.”

“I Can Still Hear You” is a testament to Wainwright Roche’s prodigious gifts as a songwriter; it’s a powerful statement about connection amidst isolation and art’s ability to heal and unite.

Wainwright Roche spoke more about the album from her home in Brooklyn.

You weren’t too far into making this album when you and your mother needed to return to New York. How did you go about finishing the record while in quarantine?

We had had a really immersive ten days of making the record. I was making meals for the three of us who were hunkered down at Jordan’s studio. That’s one totally insular experience with a lot of creative flow. We were together during the day and into the night. When we came [back to New York], my mom and I weren’t even seeing each other at all. I did all my vocals in my apartment, and she did all of hers in her apartment. We sent things down to Jordan, who was adding small parts down in Nashville.

There were a couple of weeks where we were working through computer programs: Screen sharing with everyone looking at the same ProTools session, everyone being able to hear the same thing. It’s amazing that that can be done. And also not. I don’t think it was ideal, but it was what had to happen. We had to think on our feet about how to keep the momentum going and how to stay connected.

I’ve had to see my doctor a few times during the pandemic and had to use Telehealth. They were short appointments, but it was exhausting just going through everything over the screen rather than in person. I can’t imagine making a record that way.

I think it is extra exhausting, and when you’re trying to listen, you might also be hearing other interference. I’m simultaneously grateful for the opportunity to do it because it allowed us to finish the project, but we missed our time being together and the magic of all of that.

There are a handful of covers on this record. One of them is “Being Green”.

My mom had learned that a few years ago for a climate change benefit that we performed at. I don’t think either of us had ever really interacted with the song, a song like that that’s so famous and iconic, you hear it, and it just washes over you without you paying much attention. I think when we learned it, we realized what a sweet, strange, heartfelt, interesting song it is.

It has the association with Kermit the Frog, and there are a lot of creatures on the record, different animals, it has a dark fairytale thing happening. That song has this creature association and a childlike sensibility but not totally. We ended the record with it because it’s the meeting place for a lot of the [themes] on the record.

“I Can Still Hear You” translates beyond your personal experience. Is it comforting to know that music is still around, despite maybe not being able to see people?

In a way, it’s a great time to share new music because people can’t get it any other way. You get to send out this postcard at a time when people might be looking for a new thing to hear. I think it’s a good time to connect that way. I’ve done a couple of concerts at home. It’s been amazing. It was not an easy sell for me because my show is usually very audience-focused. I thought, “How am I going to do this?” It was amazing to see people sign on, ready to listen.