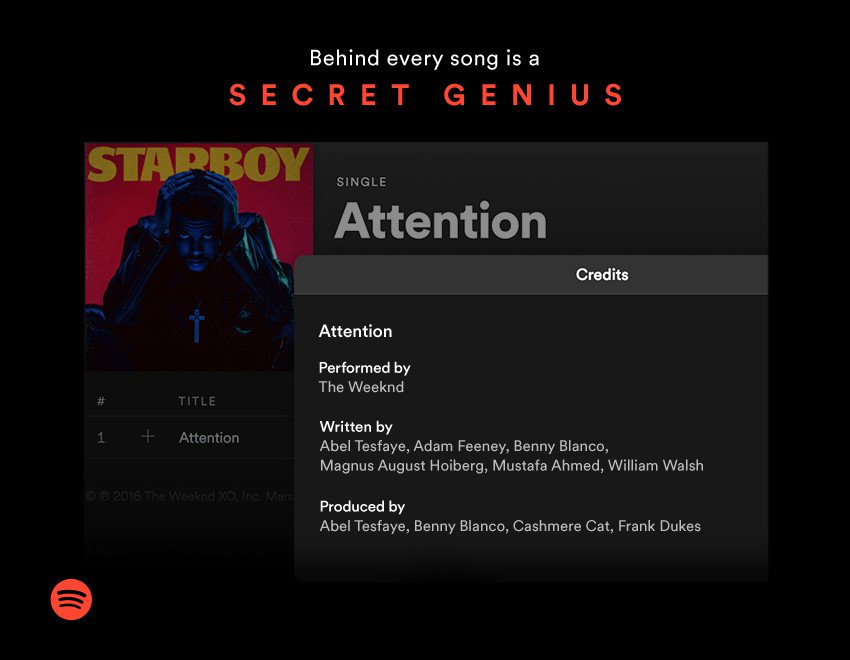 has been continuously making moves in right direction over the past few weeks, rolling out updates that aim to make listening to music easier and help its users see all the people behind their favorite tracks.

After announcing last week that it will be for their reworks tracks back to 2015, the platform has released another update that shows songwriting credits for songs. In on the Spotify for Artists site, the company announced that going forward, Spotify users can right click on a track in the desktop application and select “show credits” to see information on performers, songwriters and producers.

“At launch, we’re showing information we have from record label-provided metadata, and we’ll also display the source the credits,” the blog post states. “We realize some this may be incomplete or may contain inaccuracies, but this is just a first step: the feature will continually evolve to provide better functionality, and incorporate more information from industry partners.”

In addition to these two updates, the company also recently announced it’s testing a .