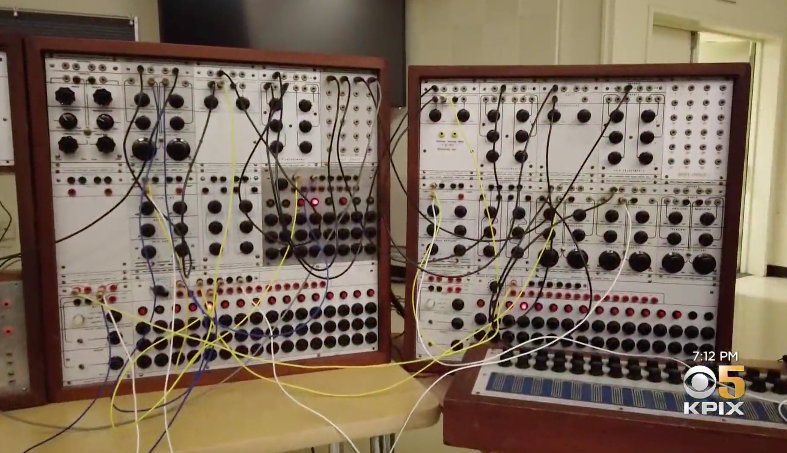 Some acid trips sound so unbelievable, they come across more like myths or urban legends, rather than reality. However, sound engineer Eliot Curtis recently experienced the trip of a lifetime — and he’s here to tell you his truth.

The broadcast operations manager was working on a piece of music history, a design by music pioneer Don Buchla, when he found himself at the center of a surreal experience literally years in the making. It was a Buchla Model 100 modular synthesizer to be exact, straight out of the ’60s — the same era that brought about stories of LSD-laced music equipment.

For years, an urban legend circulated online and in documentaries purporting how part of a groundbreaking musical instrument — versions which are stored at a Bay Area university and other institutions — was dipped in LSD. Online chatter detailed how musicians who used the instrument would wet their finger, touch the device, and then lick their finger to get a little bit of mind-expanding inspiration.

Curtis got to work, disassembling a newer module when he noticed a crystal-like substance stuck under one of the knobs. He attempted to clean it the equipment and rubbed off the rest of the residue with his finger. After about 45 minutes, he felt the sensations of an acid come up.

He ended up going on a 9-hour trip before continuing with his repair. Sure enough, when the testing came back, the crystalized substance was identified as LSD.

It’s unknown whether the synthesizer, owned by Cal State University, was intentionally laced with LSD in the past, or if a spill happened at any point over the years. Either way, this legend has proven to be at least partly true.