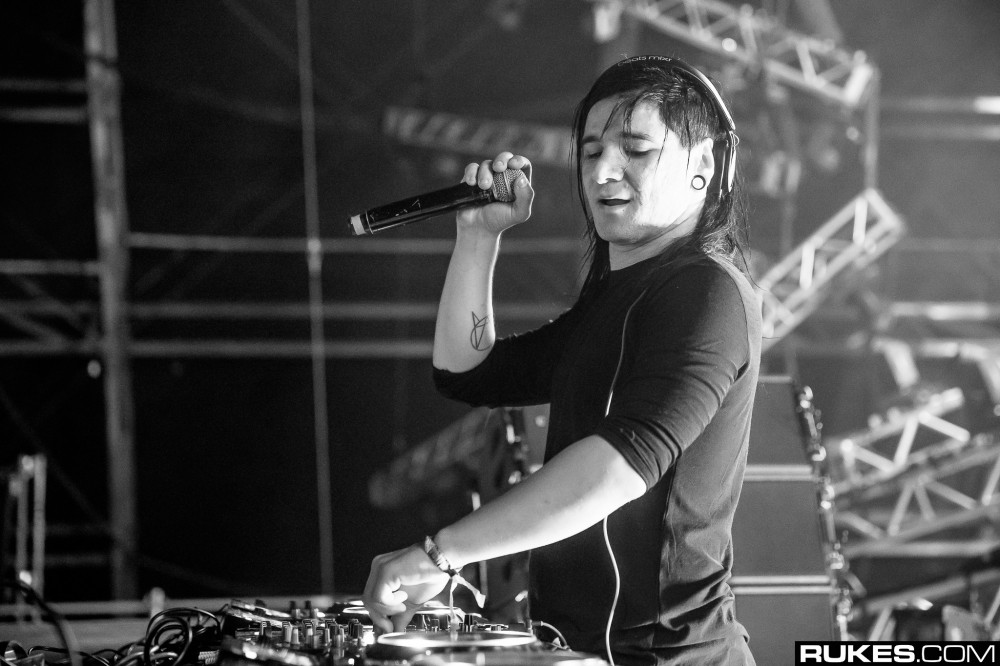 Skrillex has just revealed new music from his former band From First To Last. Last year, Skrillex rejoined his former emo/post-hardcore band that he left many years ago to release a new single “Make War.”

Back when From First To Last first formed in 1999, Skrillex maintained his role as the frontman for more than 8 years.

Last week, Skrillex posted a screenshot on Instagram showing what looks to be a group chat amongst the members talking about a new single called “Surrender.”

While no release date has been set, Derek Bloom said “Hell yeah” in response to Skrillex saying “should we put Surrender out for free.”