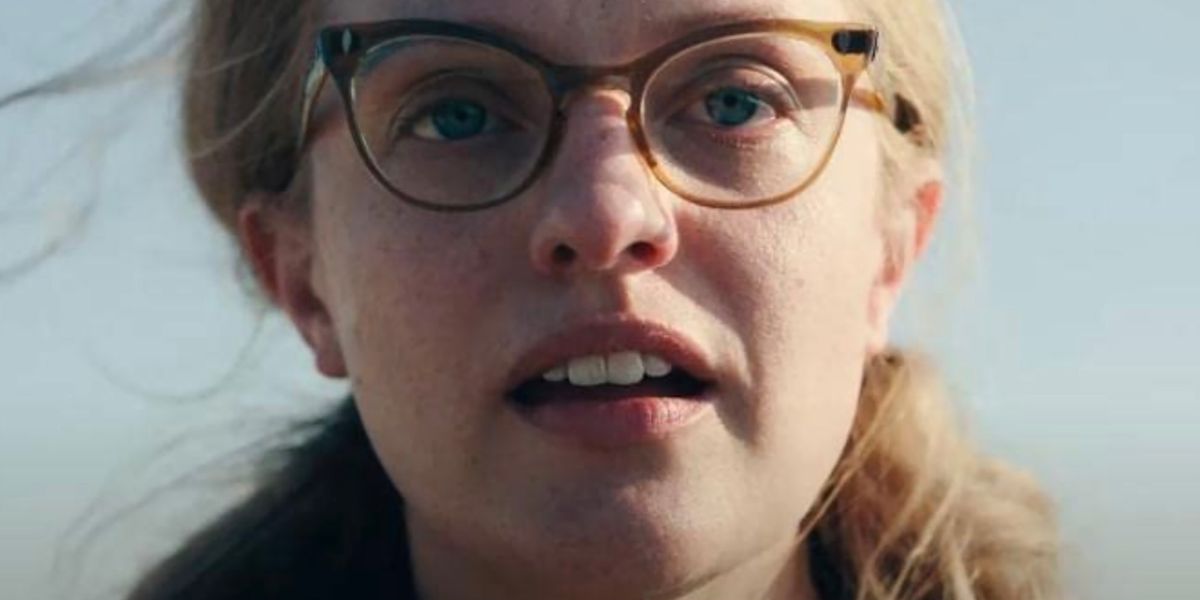 “Your book is brilliant, darling. Fucking gorgeous. I don’t know how you did it” says Stanley Hyman (Michael Stuhlbarg) to his wife, the writer of supernatural stories, Shirley Jackson. He’s referring to her second novel, Hangsaman (1951). She replies, “It hurts, this one…more than the others.” He repeats his surprise and calls her his, “horrifically talented bride”.

Is the painful experience of the writer a romanticised notion or a truthful one? In this scene towards the end of Josephine Decker’s Shirley (2020), written by Sarah Gubbins, and adapted from Susan Scarf Merrell’s fictional novel, there is truth in the tone of the voice, and in the exhausted image of the author, played by actress Elisabeth Moss.

This imagined chapter in the author’s life takes place between 26 June 26 1948, when her short story, “The Lottery”, first appeared in The New Yorker, followed by the publication of Hangsaman in 1951. We can narrow it down further, because Alice Vincent, in a piece for the Penguin website notes, “In actuality Jackson started writing Hangsaman in 1950…”

Having become a recent literary sensation, the reclusive Jackson is suffering a spell of severe anxiety, heightening her agoraphobia and making it difficult to get out of bed, let alone write. Her relationship with her philandering husband Stanley, a professor and literary critic at Bennington College, Vermont, is a tempestuous one. They’ve reached an agreement for an open marriage, permitting his dalliances with other women. When he invites newlywed couple Rose (Odessa Young) and Fred (Logan Lerman) to stay, the young woman becomes a muse for Jackson, who draws inspiration from the real-life disappearance in 1946 of Bennington sophomore, Paula Jean Welden.

If Jackson used the young woman’s disappearance as loose inspiration, it could be said that it has come full circle when she herself becomes a character for other storytellers. Sarah Weinman notes in her incisive article, ” What ‘Shirley’ gets very wrong about Shirley Jackson”, that biographer Ruth Franklin, in A Rather Haunted Life (2016), “found no evidence of a connection, and a close read of ‘Hangsaman’ reveals an altogether different inspiration.” This is the intrigue of the film – the license taken by first Merrell, then Gubbins and Decker, as well as Moss, who produced the film.

By 1951 Jackson was mother to four children, two sons and two daughters, who are omitted from the film. One might suggest that Stanley and Shirley are framed as intellectuals, whose children are their ideas and thoughts. This contradicts the truth because in the period Decker’s film is set, she gave birth to her third child, Sarah Hyman in 1948, and her fourth child, Barry Hyman was born the same year as Hangsaman’s publication.

Defending these omissions, Decker in an interview with Vox said, “Sarah [Gubbins] was very clear that she was adapting a novel, Shirley, which is fictionalized. So we already were a degree removed from reality. And then in adapting the novel, we had to make a bunch of changes. Having the kids was very complicated, so we took out her children. Sarah and I were very clear that it was a fictionalized version of Shirley that we were capturing.” According to Vincent, Jackson dedicated the novel to her first three children, but the film rips out the author’s maternal soul, subjugating her persona to the needs of the story.

Jackson’s eldest son Laurence, in an interview with The Observer’s Rachel Cooke, recalled, “She was always writing, or thinking about writing, and she did all the shopping and cooking, too. The meals were always on time. But she also loved to laugh and tell jokes. She was very buoyant that way.” This is missing in the film, instead, the focus is on the dark anguish of the writer, with barely any glimmer of light. Her love of laughter and humour as she humorously prods at Rose comes across as twisted or cruel.

Elisabeth Moss as Shirley and Odessa Young as Rose (IMDB)

Her sudden buoyancy as she stirs from her depressive anxiety leaves us feeling cold towards her. There are sincere moments in which it’s possible to feel decidedly nauseous, repelled at the thought of reading her stories. This is not to say there is not a kindness, and the relationship with Rose is not a simple one.

Jackson sees herself in the young wife and expectant mother, whom she mocks yet sympathises with. Is it self-loathing? Is she repulsed by this young naïve version of herself? Is it an outward or inward projection of cruelty? She’s a character we struggle to understand in simple terms of likability. As cruel and indifferent as she is towards Rose, there is kindness too. Their encounter is one that will enable the younger woman’s emotional resiliency to fight for independence outside of her roles as wife and mother.But the spirit of the fictionalised contrasts to that of the reality, refusing to acknowledge a life of light and darkness, instead plunging her into the shadows.

The question is the merit of asserting creative license on a person’s life, and whether a literal faithfulness is the only one of its kind. By fictionalising the author, is it possible to capture her spirit, bringing authenticity to the inaccuracies of the portrait? The larger and more troubling point is that not everyone is proactive in interrogating their sources of information. The protesters outside the U.S. Supreme Court in Washington year who Trump’s campaign of electoral misinformation and the absence of journalistic integrity in right-wing media in America is an extreme, but timely example of this problem.

Decker and Gubbins risk shaping a false identity that will become the accepted truth. The film becomes the unnecessary commercialisation of Jackson, who could have acted as a template for a fictional writer, with subtle or obvious references. This would have provided the character with authenticity while refraining from unnecessarily risking Jackson’s metamorphosis in popular culture.

Yet, despite its inaccuracies, Shirley succeeds in capturing the spirit in which Jackson viewed her identity. Zoë Heller writes in “The Haunted Mind of Shirley Jackson”, a review of Franklin’s biography for The New Yorker, “In contrast to Jackson’s first biographer, Judy Oppenheimer, whose 1988 book, Private Demons: The Life of Shirley Jackson somewhat played up Jackson’s alleged occult powers, Franklin argues that Jackson’s sorceress persona was mostly shtick: a fun way to tease interviewers and to sell books.”

Whether the right to play around with one’s identity remains with the person is a moot point, with Merrell’s novel published, and the film adaptation distributed. The raw nerve Shirley strikes with its inaccuracies and creative licence is that it forces us to confront an uncomfortable and common truth of a lack of control over one’s identity.

For those who know nothing to little of the real person, Shirley will have an appeal, but to anyone else, it will frustrate and likely provoke sincere feelings of anger. Even for those with limited knowledge of Shirley Jackson, the film is obviously a story that offers a fantasy, that conflicts with the enduring fascination we have for the real person.

We see Jackson struggle to write Hangsaman, but the film itself feels like the struggle was abandoned, leaving it to its fate as a compromised and incomplete work. In Curtis Hanson’s film, Wonder Boys (2000), author and professor Grady Tripp (Michael Douglas) struggling to finish his second novel, is reminded by his student Hannah Green (Katie Holmes) that “writers make choices.” This simple idea explains Decker and Gubbins’ error. They fail to decisively choose whether the film should be about Shirley Jackson, or about a fictional writer. The result is caught in-between.

Shirley is frustrating because it’s difficult to dismiss. It’s narratively effective and its dreamy and nightmarish sequences are aesthetically pleasing. The story of a writer struggling to work and her tempestuous relationship with a patriarchal society is relatable. Intruding house guests, the young wife used as a muse, and a real-life tragedy as loose inspiration, are strong ideas. The error is in not making the choice, and then in not flipping the story. If it were a fictional writer seemingly based on Jackson, then this would be okay, but what does not work is Jackson reimagined to fit this story.

Decker and Gubbins lack confidence in the strength of their potential narrative. What one hoped would have been a highlight of the year is an unfortunate sight of people standing on the shoulders of a giant. That leaves Jackson still awaiting the wider acknowledgement she deserves.

Shirley screened at the 2020 BFI London Film Festival and is released in the UK by Curzon.