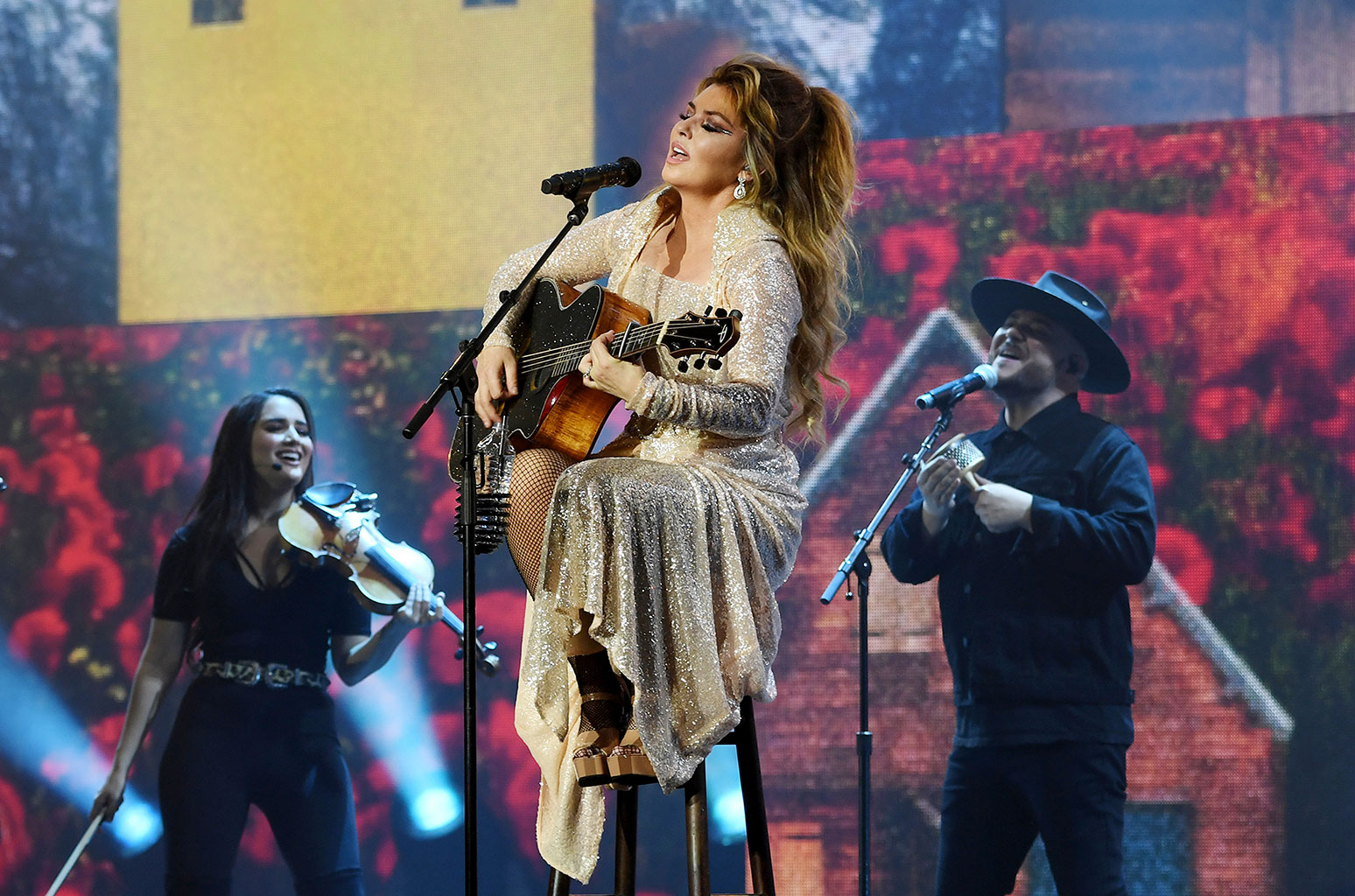 Shania Twain Is Still the One in Return Las Vegas Residency

Shania Twain’s new Las Vegas residency “Let’s Go” at Zappos Theater in Planet Hollywood wraps up its first run Wednesday (Dec. 18), but the pop-country legend is already gearing up for her return dates in March. The show has been an all-around sales and critical success with its launch timed to coincide with the National Finals Rodeo.

“It is a wonderful the experience of not moving around every day [like a tour] and also the luxury of having a production that is only possible in the stationary environment,” she says. “It's a real community here as far as all the people that work the shows. They appreciate and respect the artists.”

Twain is the top-selling female country artist of all time with more than 90 million records sold worldwide and also serves as creative director of the show, a process she describes as a “huge operation” with a seven-piece band and eight male dancers.

“The is the most top to bottom creative direction that I've ever done. I can't design the clothes until I design the set ideas and the looks, the colors and how they play off each other. They have to work together. What the dancers wear has to work together, the lighting, the sets, everything in the right and necessary order,” she says. “It's almost like the last thing I do is perform. It's the final role and by the time that comes around, I know the show so well that's the easy part.”

Creative direction is a role she learned while making those unforgettable videos in the ’90s for songs like “Man! I Feel Like a Woman!,” a training ground for putting together her Las Vegas residencies. Twain was previously a headliner at Caesars Palace’s The Colosseum from 2012 to 2014.

“Videos were my greatest experience. It's a crash course, you've got 24 hours and you spend weeks preparing. I would write the stories and then I just learned from others the order of events of how these things come together and now after all these years I'm capable of directing myself and pulling the people together and being a leader.”

Much of the chatter on “Let’s Go!” has been linked to the parade of amazing costumes that Twain wears throughout. Known as a fashion icon and celebrated at Nashville’s Country Music Hall of Fame as such, Twain prances the stage in everything from pink feathers to a liquid sequin mermaid gown. Twain dazzles in eight different costumes designed by Marc Bouwer.

“Every outfit is directed from the story. I first put the set together, the song list, that's the most important thing. The flow of the show. And just pacing myself and the audience too, like I want them to be able to sit down and, and go with the dynamics,” she says. “And then the wardrobe comes next. For the mermaid dress, I wanted a look that was very liquid and very opalescent [because the lighting mimics a sunset]. I directed the look and then the designer, Mark Bouwer found the fabric.”

While it is with these creative pursuits that she is in her element, Twain looks forward to the next decade as one where she will continue to live in the truth she has discovered over the last 10 years.

“I'm now rolling along in a very good tempo of creativity, of family, connection and community around me, of who belongs there and who just doesn't, and making those distinctions,” she says. “The last years of my life have been about stabilizing, re-stabilizing myself, emotionally, re-stabilizing family, reassessing my values, my personal priorities, and really trimming off all the fat. My life now is quite small and, but very fulfilling and rewarding creatively, personally.”

And next, Twain is ready for some challenges and also rallies the country music industry to do the same.

“I’m feeling courageous and more confident. The next 10 years is about really going up those hills, I feel that momentum,” she says. “I'm feeling fearless. I'm not going to beat myself up for my mistakes. I'm unapologetic about it, I feel really good about it, I think there's a beauty about aging. [The women of country] we just have to be bold and courageous. There's too many great women that have come up in the last five years who have not been heard.”