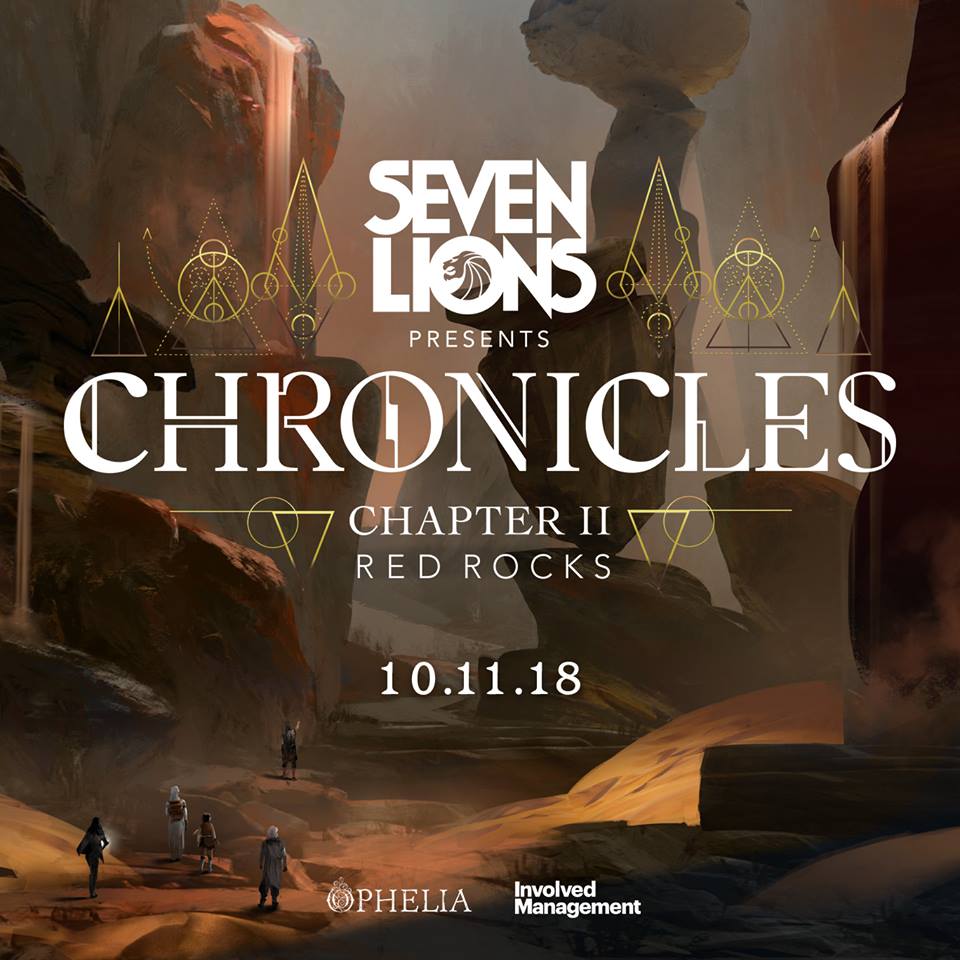 Seven Lions has announced the lineup for his Chronicles Chapter 2 event held at Red Rocks on October 11th, 2018. This is the second installment the Chronicles series, Chapter 1 being held at the Wamu Theater up in Seattle. The lineup for Chapter 2 differs slightly by adding MitiS to the bill. Returning for a second chapter is Jason Ross and Kill The Noise. This will be a return trip to Red Rocks for Seven Lions, who performed there last September as a co-headliner with Above and Beyond.

On a personal note, I have been waiting for MitiS to open for Seven Lions since 2012 and the fact that this will finally come to fruition and it will be at Red Rocks is a dream come true. If you have lucky enough to catch the Seven Lions Horizon tour you know how well Kill The Noise and Seven Lions go together. If you were even luckier you were at Above and Beyond’s ABGT250 and saw the Seven Lions b2b Jason Ross set. I know no record MitiS and Seven Lions playing the same stage for reference but I can tell you this; there is going to be one very emotional man in Colorado comes October. Be sure to grab tickets to Seven Lions Chronicles Chapter 1 and 2 below.