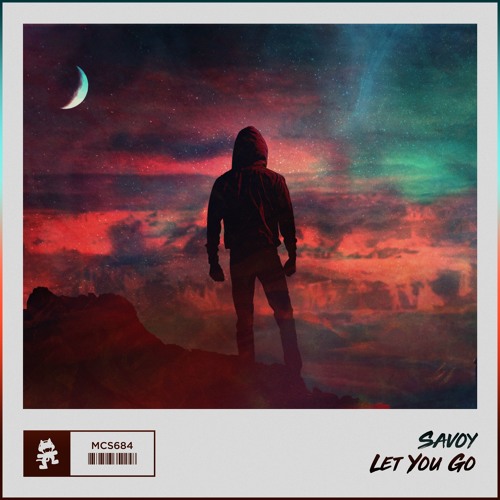 Savoy has dropped Let You Go, a delightfully retro electronica track, on Monstercat’s label. Things have been pretty quiet in the Savoy camp; however, they have clearly shown no signs rust. Savoy continues to blur the lines between bands and producers. They are a band that produces electronic rock music. The trio can come at you in any direction, funk, dubstep, synthwave, rock music; Savoy does it all, and they usually do it under more lasers than you can shake a stick at.

Let You Go begins with vocal chops which pierce through a synth until the percussion joins in. Classic synthwave drums set an alternating kick and snare foundation for the harmonizing vocals to build f . The retro drum fill introduces the drop which is a synth-driven masterpiece so dreamy it deserves to be blasting out Steve Harrington’s BMW 733i in the show Stranger Things. I find synthwave tracks to be fascinating in that even when the melody is beautiful there is always a hint darkness to them; Let You Go is a shining example this. With new songs trickling out here and there, one can only hope the boys are getting ready to fire up the lasers for another tour.