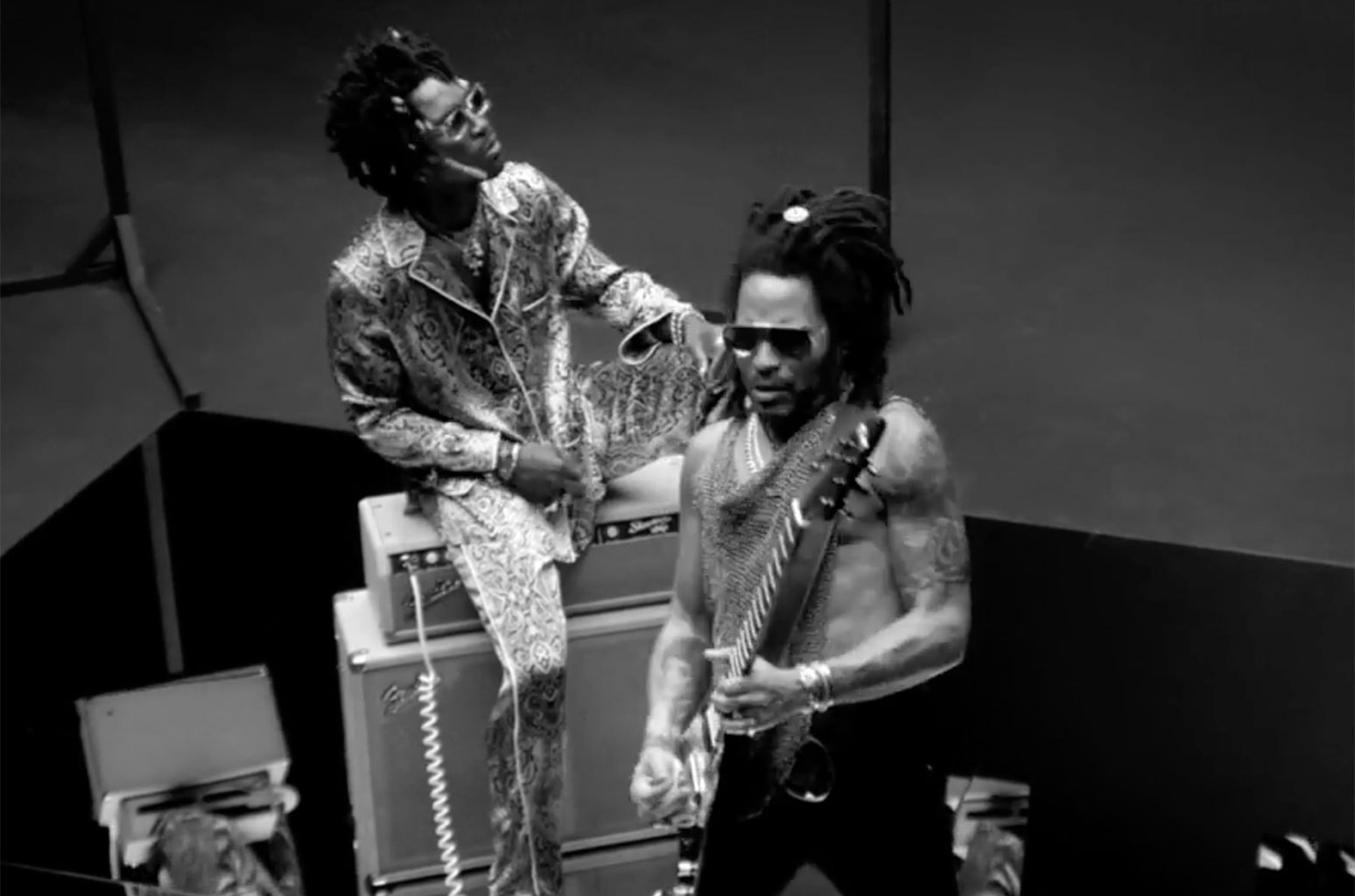 It was only right that SAINt JHN link up with Lenny Kravitz after coining himself Ghetto Lenny, a nickname inspired by the genre-meshing legend. The fashionable duo ended up connecting this summer for "Borders," which landed on JHN's Ghetto Lenny's Love Songs collection.

Below, you'll find the visual to their collab premiering with Billboard on Black Friday (Nov. 29).

The aesthetically pleasing clip is completely shot in black-and-white. The pair jam out on the barren set together, as they each lust over a certain love interest. The scene then flips to sinewy models graciously dancing across the reflective stage, which is reminiscent of Teyana Taylor's moves in Kanye West's "Fade" video. After getting a look at the final cut, SAINt gave his stamp of approval on set muttering, "It's f—ing brilliant."

"He's an inspiration, but not necessarily musically," JHN told Billboard regarding Kravitz being an inspiration of his back in 2018. "I didn't listen to Lenny Kravitz growing up. He's a black man in a world that doesn't look our shade. And I liked the rebellious nature of it and the sex attribute. I just like sexy shit. So our views just happen to be aligned with what he displays musically and how it looks aesthetically."

Watch the "Borders" video below.