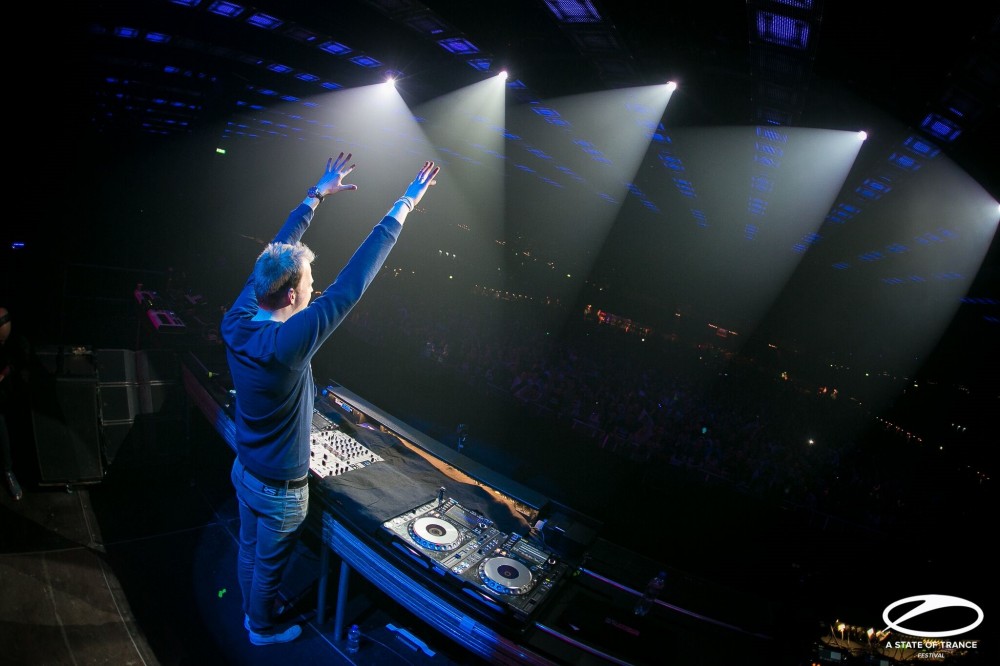 Hooking listeners with its mysterious atmosphere and gradual build, Ruben de Ronde & Cari’s ‘When I Fall’ has all the hallmarks Trance fans top favorite. Laced with angelic vocals, stellar chord progressions and club-ready bass, this record marks yet another phenomenal Statement! release.

To celebrate the release this masterful track, Ruben decided to give us a little insight into the making this track as well as sharing an exclusive guest mix! We spoke about what goes into making tracks, his thoughts on the Trance scene in the USA, and if/when he will collab with Armin van Buuren on their own track!

Check out the guest mix and interview below, and make sure to keep up with Ruben throughout 2018 for more progressive gems! http://rubenderonde.nl/

• After your smashing success in 2017 including being named our #5 Trance DJ 2017, here is your 1st release 2018 “When I Fall”. I really dig this track. What went into making this song? Did the vocals find the melody or did the melody find the vocals? They mesh perfectly.

First all, thanks for that accolade 2017! You guys putting me on that spot, was the cherry on top a great year! Now about ‘When I Fall’. The process this tune is actually quite funny! I spend a lot time on Twitch.tv/rubenderonde , streaming my productions. That way I can interact with my viewers while working on music. This tune pretty much came about while I was working like this. After the main instrumental work was done, I got in contact with Cari. She is a great singer/songwriter but also a great producer. We starting talking a bit more, and she ended up sending over her parts the track. A couple days later ‘When I Fall’ was done! Cari is great to work with, and I am already working on a follow up!

• This song is progressive trance at its finest with the heavy bassline throughout and the powerful 2nd drop. Can you hear this in a club or DJ set yours?

Yes, absolutely! Funny thing is that I finished the track 1 day before flying out to the States for Dreamstate Festival. It was my opening track there (or at least an almost finished draft), so it got tested in front about 20,000 people straight away haha!
After that show I tweaked the final bits, and now I think it is ready for the clubs as well!

• The Trance genre in general is way behind in popularity in the United States comparative to heavy bass music. I honestly don’t see it ever really picking up the steam it deserves in the United States due to the limited radio stations that play EDM let alone Trance and the very little Trance booking at US festivals. Do you agree that Trance in the United States is a severe uphill climb to gain notoriety?

I think you are partially right. Because I really see that festivals like Dreamstate, have lit a fire in the community. There is a new wave American music producers rising up, and I hope they can do their part in growing the market in the USA.
They have the perfect balance between bass, progressive and trance. Thinking the exciting new act I have just signed on my label Statement called Elevven, you have the Fatum guys and Monoverse for example!
On the other side I see many my collegues touring in the States now, also in smaller clubs. My hope for 2018 is to do the same. I enjoy playing club shows with a dedicated crowd.
That being said, the American audience has become one the best on the planet. Just thinking all the totems and dedication put into going to events!

• Thanks for this mix! What are a few songs that stick out for you in this mix, and what goes into making a mix like this compared to say a club or festival set?

I took some the tracks that have worked the best in my sets lately, including the intro mix I just mentioned my new single with Cari ‘When I Fall’. Other exclusives are 2 new mashups I made with songs from the TogetheRR album I made with Rodg!

• What does 2018 have in store for Ruben de Ronde as well as Statement! Music your record label?

For myself, I am about to finish an album again! It has been a year since I have released ‘My Story’ so I think it is about time. Other exciting news is that Estiva and Rodg are both working on a new album and I have signed the Elevven guys (they are on fire, promise).

• Final question because I’m curious. If I’m looking right, you and Armin have never collabed on any tunes! Why not! And can we get an Armin x Ruben collab in 2018!

Good question! I actually has that as a mission for the future, but i’ll leave that to Armin to decide if he wants to do such a thing:)