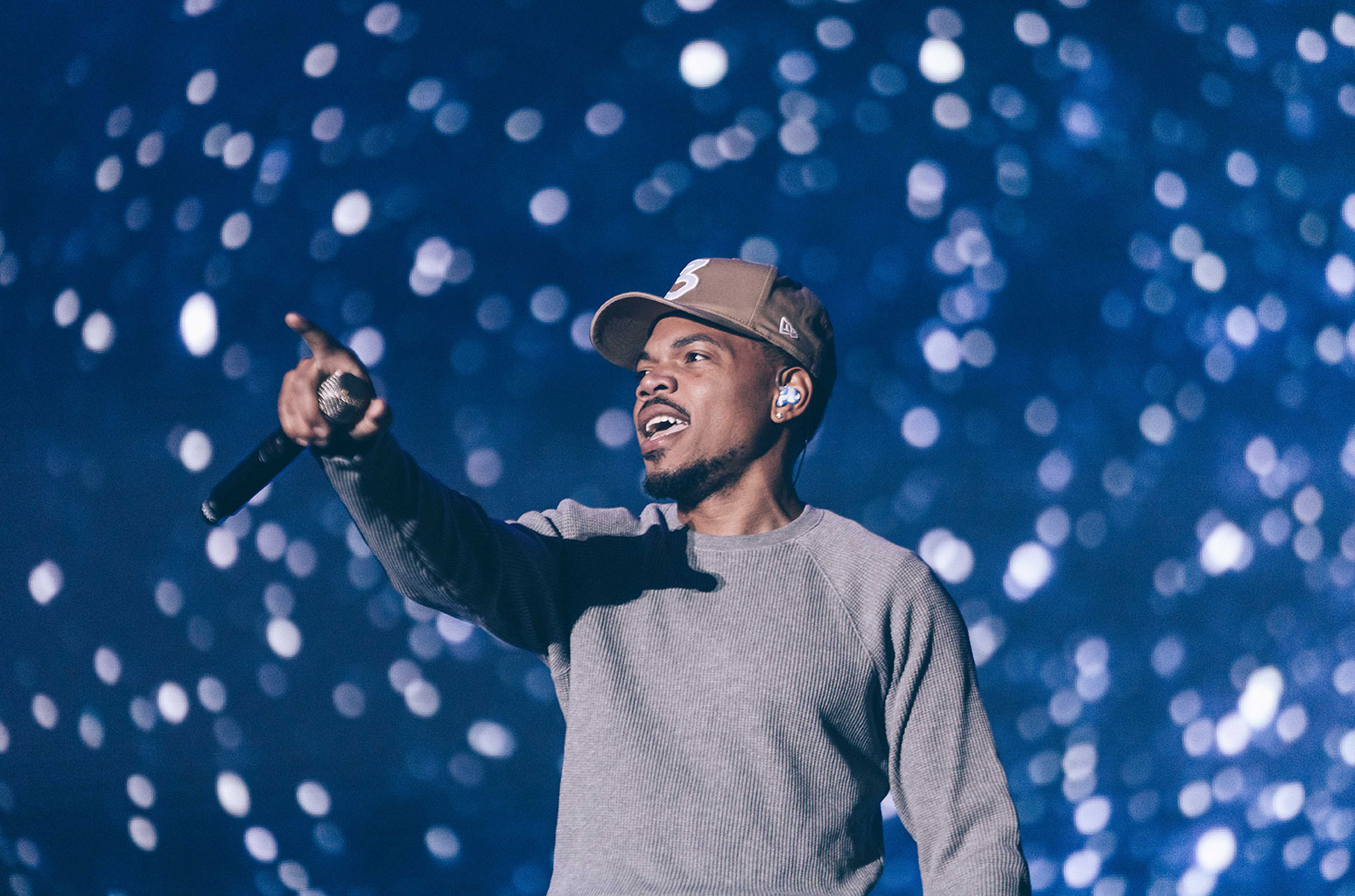 One of the world’s largest hip-hop festival made its rounds to Los Angeles for the third consecutive year on Saturday (Dec. 14), less than two months since their previous West Coast stop in Oakland, Calif.

The sold-out Rolling Loud is being stationed at Exposition Park’s Banc of California stadium, home of the Los Angeles Football Club. The two-day, three-stage extravaganza boasts a stacked lineup of over 100 artists — everyone from Grammy winners to newcomers to a heavy presence of Los Angeles locals.

For the first day, an expected selection of blossoming artists such as All Black, Baby Smoove, and Tyla Yaweh warmed up the stages for the headlining acts Chance the Rapper, Lil Uzi Vert, Young Thug and Lil Baby.

Upon venue entry, attendees were greeted with a brightly lit, amusement park-like drop tower ride, available to anyone that possessed the patience to wait in a 100-plus person line. Though the weather was uncharacteristically cloudy and cold for Southern California, the free filtered water tents along the venue’s inside perimeter were a welcomed perk for attendees.

Here are the highlights and lowlights from day one of the 2019 Rolling Loud Festival in Los Angeles.

Most notably, Juice WRLD was scheduled to headline the festival before his untimely death just seven days prior. A tribute has been planned on his behalf later in the festival. Impromptu tributes or shout-outs from several of his colleagues were also heard during day one.

Playboi Carti fell just short of living up to his “wokeuplikethis*” lyrics (“I’m a rock star” he sings on the Uzi-assisted track), delivering a mildly-energetic performance. The svelte rapper looked the part — dressed in a leather outfit with bleached dreadlocks, often flashing his tooth grills throughout his performance. While skipping around to a medley of his hits, Carti failed to captivate his audience — though the artist’s popularity and the later set time drew a very large crowd. There was short-lived attempt at a mosh pit after Carti lackadaisically instructed attendees to “open that bitch up.” The 23-year-old rapper upped the octane at one instance, bouncing on top of the DJ booth, shaking his dreads and pouring water onto his head, but ultimately did not deliver anything fans hadn’t already heard (the Atlanta rapper hasn’t dropped new music in over a year) or seen from him.

Perhaps one of the most unintentionally enthralling act of the night was Lil Baby. The Atlanta rapper took the stage with a few two-piece-clad female dancers, providing little to no choreography himself (the “Woah” dance during it’s namesake track aside). In his case, the music itself carried the performance, and did so effortlessly: the entire arena was singing along to nearly every single track the Quality Control artist delivered, from “Southside,” “All of a Sudden,” “Drip Too Hard,” to “Time,” “Close Friends,” and more, many of them mouthing the lyrics heard over the loudspeakers, even as they walked to other stages.

It was almost as though during that moment, we all realized Lil Baby’s stellar track record: the young MC slyly entered the scene just a few short years ago, and has now grown an impressive catalog of songs that so many hip-hop fans could recite, top to bottom. If nothing else, this was a testament to the catchiness and quality of Lil Baby’s music — every track is smooth, memorable and cut over a captivating beat. Lil Baby further won the heart of L.A. locals, at a point inserting a “Last Time That I Checc’d” snippet between two tracks, paying homage to the late Nipsey Hussle.

At first, things seemed bleak for Chance the Rapper — throngs of attendees boo’d and turned away from the stage upon hearing that Chance the Rapper and Lil Uzi Vert had swapped their set times. However, as soon as Chance opened with his widest-known track “No Problem,” wearing his signature “3” hat, his authenticity and vigor was hard to escape. The Chicago native delivered a high-energy 45-minute set, rapping-singing live above the playback tracks, his passion for the lyrics showing through his intonations and flows.

The 26-year-old MC shined amongst his peers, performing in countless different tones as he switched between the reflective “Blessings” to the melancholy “Same Drugs” to the intense Kanye West-duet “Ultralight Beam,” complete with gospel singers as his backup. He also performed the Nicki Minaj and Lil Durk collaboration, “Slide Around,” welcoming Lil Durk to the stage, singing in unison with the fellow Chicagoan, the pair dancing around one another at the end of runway. While Durk’s appearance was short-lived, YBN Cordae was also given stage time for the somber “Bad Idea.” The audience danced, rapped along, and filmed Chance’s performance, feeding the young artist even more fuel as they cheered back when he periodically prompted, “Rolling Loud, what’s going on?!”

Chance covered every inch of the stage and runways, his enthusiasm never once faltering, even giving fans a very turnt-up version of “Cocoa Butter Kisses” from Acid Rap, garnished with stage flames, a smoke machine and flashing lights.

His back-up was also an entertaining variety: the label-independent rapper used four vintage Motown-style backup singers, consisting of three men and one woman, while also employing a much more modern, urban-style, mixed-gender group of dancers, clad head-to-toe in various Adidas gear, the obvious sponsorship on display.

Lil Uzi Vert Keeps the Crowd on Their Toes

Lil Uzi Vert was reportedly stalled by jet problems due to weather, causing him to arrive about two hours late to his set time, disarranging the performance times of multiple others as a result. DJ Scheme filled the gaps and maintained festival attendees’ energy and attention with an impromptu DJ set. Rather than performing before Chance the Rapper, Uzi closed out the show.

Uzi made up for his delay with his infectiously positive energy and sense of humor — the Luv Is Rage 2 rapper took the stage to a packed crowd with a huge smile, opening with “That’s a Rack,” a Rihanna collage on the screen behind him. He cycled through fan favorites such as “XO TOUR Llif3,” “Money Longer,” “Erase Your Social” and more, prancing across the entire stage as fans in the front row grasped at his hands. The young spitter also performed the newly released “Futsal Shuffle,” and the associated signature dance for the first time. Several pockets of the audience opened their own dance circles to mimic the viral dance, Uzi’s influence glowing.

Overall, tens of thousands cell phone lights in the air, and a dedicated, rhythmically swaying crowd proved that fans weren’t deterred by Uzi’s tardiness, as they stayed well past the scheduled midnight end-time to finish watching his set.