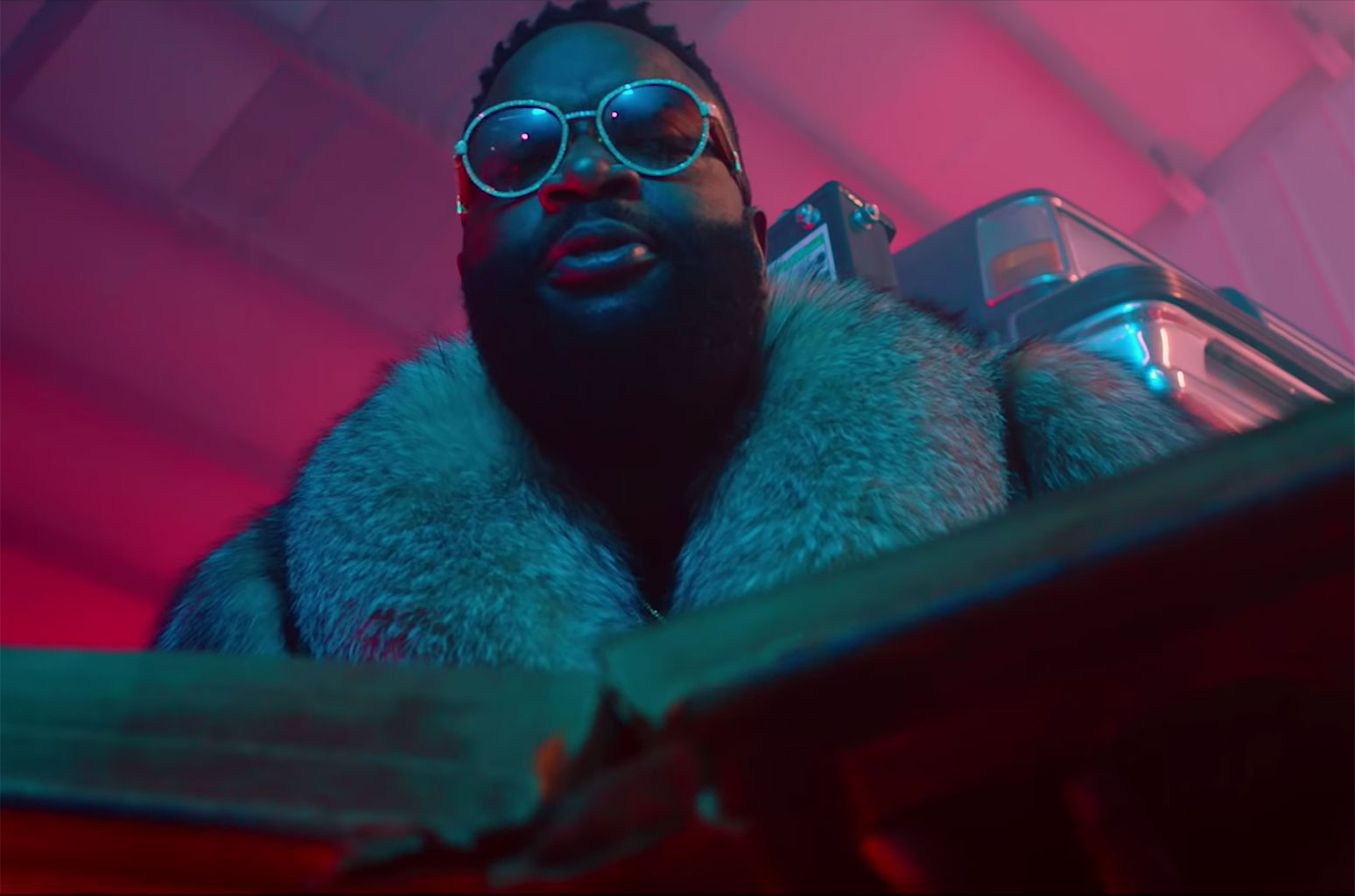 Rick Ross is making sure everyone didn't forget about his Port of Miami 2 project while prepping their year-end album lists for 2019. Rozay returned on Tuesday (Dec. 17) with another striking visual from POM2 in the Gunplay-assisted "Nobody's Favorite."

The devilish clip is directed by Shula the Don. Ricky posts up in his warehouse with his crew as they hold an enemy hostage. Based on the intimidating background music, it sounds as if things didn't end well for their adversary, who looks to be dragged away in a bodybag by Gunplay.

With business taken care of, Rozay closes his Bible and gets to enjoying the fruits of his labor to clear his mind. The Miami boss takes out his luxurious MMG yacht for a day on the water with a bunch of beautiful women and plenty of bottles of Belaire champagne on deck.

Watch the entertaining visual below.