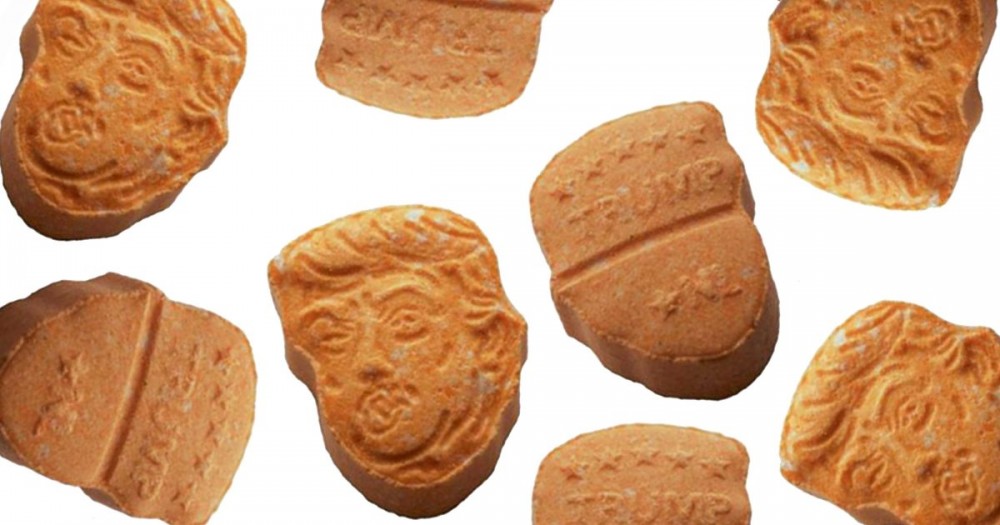 Police in Indiana have seized a new batch Donald Trump ecstasy pills; the same press that but this time with the words “Great Again” printed on the back.

The raid was dubbed ‘Operation Blue Anvil’ by the police force, and resulted in a whopping 129 roadside arrests relating to drug possession.

In a statement from Indiana police, they said the patrols “should also serve as a warning that police ficers will utilize all the resources at their disposal to catch and arrest the few who transport illegal drugs.”

Hopefully this is the last we see those dreaded Trump pills. There’s something about thousands mini Trumps that gives us chills.