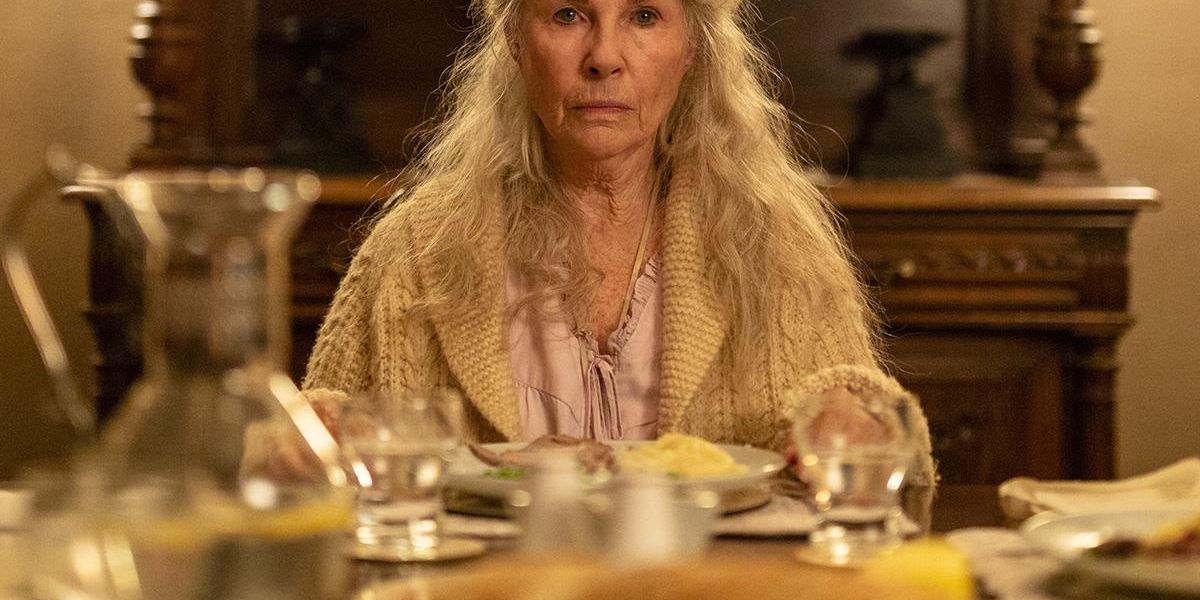 In Relic (2020), Kay (Emily Mortimer) accompanied by her daughter Sam (Bella Heathcote), rushes to the family’s decaying country home after her mother, Edna (Robyn Nevin), who suffers from Alzheimer’s, disappears. When Edna returns, her volatile behaviour leads her daughter and granddaughter to suspect that an insidious presence in the house might be taking control of her, and Kay’s anxieties are heightened by unsettling childhood memories.

Natalie Erika James’ previous short films foreshadow Relic’s anxiety and the supernatural tones, and emphasis on the familial. In Burrow (2013), a young man feels the pressure as he prepares for his first sexual encounter, and in Drum Wave (2018), a young pianist confronts her fear of motherhood when she marries into a remote island community. Tritch (2011), centres on a housewife haunted by a young ghost, and Creswick (2017), is the tale of a father who unsettles his daughter when he suggests there’s a presence in the family home.

In conversation with PopMatters, James talks about incorporating the personal roots of Relic into a supernatural context, the anxiety of the edit, and the cathartic experience of horror cinema.

​Why filmmaking as a means of creative expression? Was there an inspirational or defining moment?

I wanted to be a filmmaker since I was 13, and it was probably a combination of things. I’ve always been a massive bookworm, and so I’ve always been into storytelling. I was into The Lord of the Rings (2001-2003) DVD boxsets, and Peter Jackson’s wonderful behind-the-scenes extras, and getting an insight into the craft was inspiring. Then it was just discovering cinema as a 13-year-old and being inspired by all these amazing filmmakers.

‘What we are’ versus ‘who we feel we are’ can often be out of synch. I’ve spoken with directors who say that it took a number of films before they felt they could call themselves a filmmaker. Do you feel that you can call yourself a filmmaker?

There are so many ways to define what a filmmaker is – a professional filmmaker or a student filmmaker? I went to film school, and doing it through your degree certainly feels like you’re in the thick of it. Even before then, I was making pretentious art films in high school, and so I’m sure I fancied myself as a filmmaker [laughs] — too confident, probably.

In terms of being a professional, it happens a couple of years after you leave film school, and you start making money out of directing and writing. It’s going to start when you’re being paid to do it because this is what gives you that sense of legitimacy. It’s certainly not the most important thing, but I suppose it makes a difference. … Maybe a more accurate measure of whether you’re a writer or a director is whether you’re actually writing or directing.

It’s a commitment to make a film, requiring you to give up a period of your life. What compelled you to believe in this film and decide to tell this story at this point in your career?

All in all, Relic has taken six years to go from the conception of the idea to releasing the film. It’s a big chapter of your life, and even though you can do it concurrently, you definitely need that passion to be able to argue and to care about every single frame of the film for that long.

The story came from a very personal place, and there’s definitely that emotional connection. My mother had Alzheimer’s, so a lot of it was based on my emotional experience, taken further in a supernatural context. When you find an idea that grabs you, it’s hard to describe that feeling, but it’s almost like it has this hold on you, and the scope in which you can take the idea feels endless. It fills your imagination and it’s exciting, and this is usually in the initial stages.

… It’s like nothing else, and I’m sure a lot of other writers and filmmakers would feel the same way about the projects, and the ideas that come to them. You have a feeling about what the films going to be and you can see it, and you’ll do anything to put it on screen — it’s a little bit mad [laughs].

Speaking with filmmakers, for some, the final film resembles the script, while others discover their film in the edit. Is the filmmaking process a journey of discovery for you?

It’s always going to be a discovery, and even if you have a very clear vision of what you want, what you actually capture never lives up to the thing in your head. Very rarely is it better than what you imagined, and there’s always a process of heartbreak that comes with that.

Usually, you’re high on your rushes, and then you hit a slump in the edit where you think, ‘What the fuck have I done?‘ [Laughs] The rest of the edit then feels like you’re clawing your way out of your mistakes, and covering up everything you fucked up.

You’re discovering stuff all the time in the edit. All the superficial stuff can change, but in terms of the feeling of it, the mood, the emotion and the tension of the piece, that’s there from the get-go. You’d be hard-pressed to find a filmmaker who ends up with a final cut of a film that’s fundamentally different from what they originally intended. … The intention of the piece at its heart has to be the same, and that’s what I mean when I say you can feel it.

Not every choice will be a conscious or intentional one, and so comparing it to madness is perhaps fitting.

Absolutely, and there’s a [Robert] Bresson quote where he talks about how filmmaking is making visible what other people can’t see, and that just sounds like magic. But yeah, it can feel like madness.

With its slow-burn suspense, and avoidance of jump scares, I felt there was a patience to Relic that invited the audience to project their own fears onto the screen. Was this a deliberate intention?

… It’s the anticipation of the menace that’s scary. When you actually see the thing, you get over it very quickly, and what your mind can conjure is infinitely worse than what a single filmmaker can do.

The slow-burn approach was the structural choice we made for a number of reasons, in terms of leaving the audience in suspension about whether it’s supernatural or it’s not, and slowly raising the stakes, both in the emotional sense between characters, but also in the unnatural or supernatural occurrences.

It’s the type of horror I prefer as well, and again, the anticipation has always worked with the split-second sighting of the monster. What scares people is subjective as well, and what scares me, creature design-wise, might not be the same for other people. It’s brilliant when you can allow space for the audience to bring their own fears, and have them play around within you.

As frightened as we can be when we’re aware of our surroundings and are able to reason our emotional impulses, the thought of losing control of one’s own mind is a terrifying thought. The presence of Alzheimer’s in the story adds an extra layer of anxiety to the horror.

… There’s a fear in projecting into your future through the decline of a grandparent or parent that makes you think about your own mortality. In Kay’s case, I liked the idea of her trauma from her childhood years returning, because in essence when you’re a child your parents are always there to fight off your nightmares and protect you. It’s scary when you’re essentially losing that safety net with the loss of a parent. I don’t know if there’s anything scarier than to be alone in the world [laughs].

Compared to my younger self that was terrified by creatures and the supernatural in scary stories, I find as I get older I’m more scared by my own past, as well as my thoughts and feelings.

I was a scaredy-cat as a kid watching horror films, and so maybe making horror films is a way to work through all that shit [laughs]. It’s a way of processing all the things that scared me as a child.

Do you believe horror is a genre that allows the storytellers and audience to work through shared anxieties?

I really do believe that, and there’s something about seeing your worst fears reflected on screen that can help you process it, or can help it seem that it’s something you can overcome. It’s easier to work through in a way, and I suppose it can be the type of thing that drives conversation. If you can see yourself reflected in the characters onscreen and what they’re going through, their fears and anxieties, then it can potentially be a way of feeling less alone.

Keeping it on a physiological level can be cathartic because your fight- or flight-senses are heightened, and you experience those primal emotions. To overcome that and to finish the film can be empowering or reinvigorating, like going on a roller coaster.

Particularly with horror, if you can watch it with other people then that can be an amazing experience. Those are my fondest memories of watching horror films as I was growing up: being scared shitless, but also surviving it together.