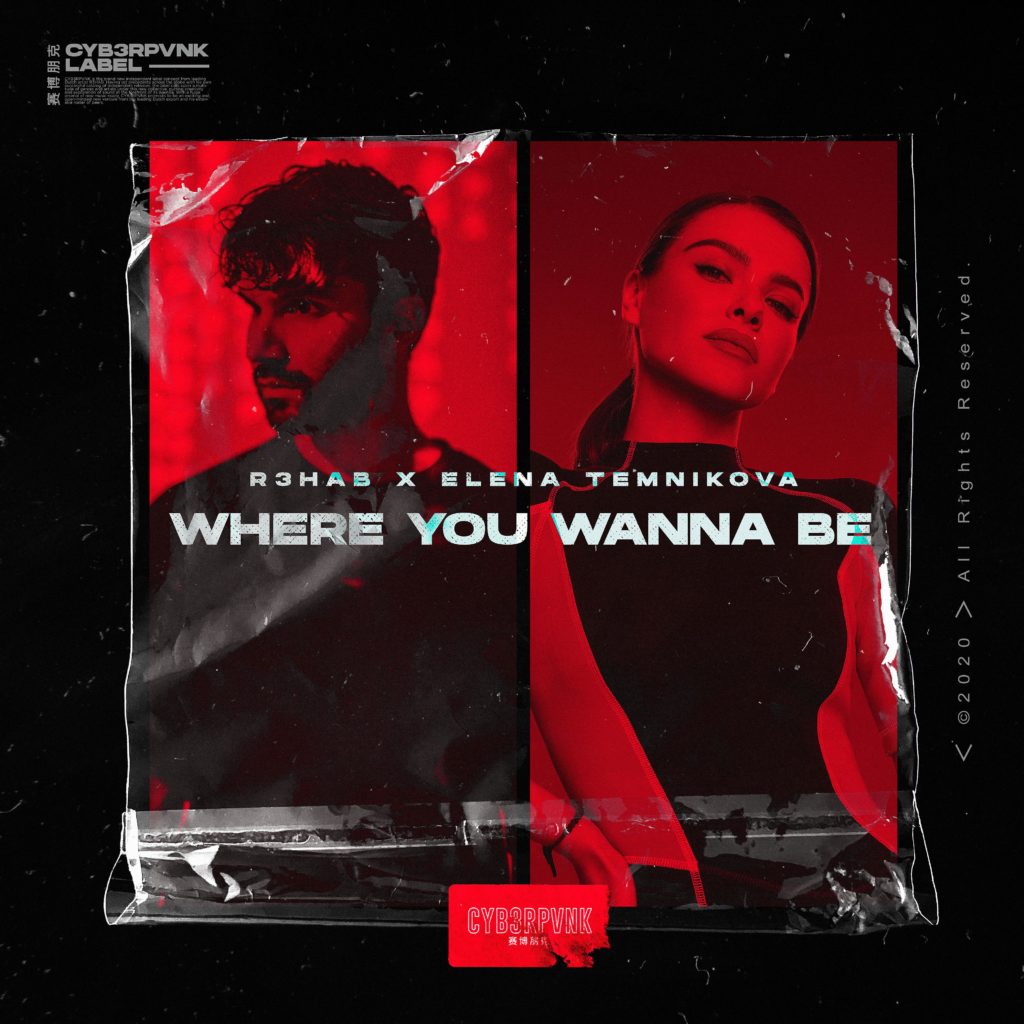 R3HAB is back with a new single, “Where You Wanna Be,” a fitting addition to R3HAB’s recent catalog. This time he enlists the help of Russian singer & TV personality Elena Temnikova to create a song that can play well either on radio or in the club. Built around Temnikova’s fantastic vocals, R3HAB once again shows his versatility as a producer blending elements of pop and EDM into an exceptional track.

“Where You Wanna Be” immediately opens with Temnikova’s vocals over some light keyboard work from R3HAB. Aside from some snaps thrown in, her vocal remains uninterrupted until the more EDM elements of the song come in before the buildup. The drop is classic R3HAB, built around some melodic horns and a heavy grooving bassline. As R3HAB points out this is the ultimate 2020 collab as he and the Russian vocalist first started chatting online before putting the song together. Here’s what R3HAB and Elene Temnikova had to say about “Where You Wanna Be.”

“I’ve been following artists and music from Russia for many years and recently got in contact with Elena Temnikova over the internet. It seemed like a perfect time & combination to work on stuff together and I thought about the ‘Where You Wanna Be’ song right away. It’s perfect for her vibe, voice and this collaboration which is a cool 2020 sounding record bridging the two worlds we come from” – R3HAB

“Our collaboration was literally born in the digital world. Fadil liked my photo on Instagram, I liked his one, and then we started messaging. We both liked each other’s early songs. I generally get crazy from his EDM work and have listened to it for many years. After a while, he suggested doing something cool together. That’s how we started to work on ‘Where You Wanna Be’” – Elena Temnikova

Check out R3HAB’s latest track “Where You Wanna Be” with Elena Temnikova out now on CYB3RPVNK. Here are R3HAB’s still scheduled tour dates, as well.