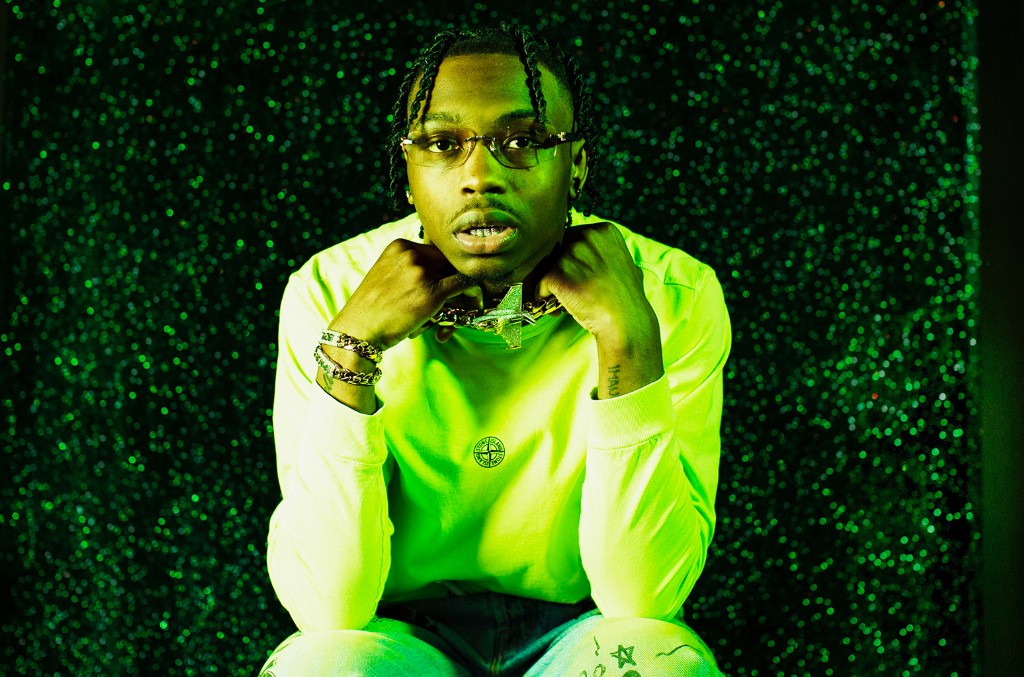 Sometime around the middle of this past November, the 22 year-old producer Tahj Morgan, better known by his moniker Jetsonmade, was talking with his manager about the state of his career.

“I was like, ‘Man, we accomplished everything,’’ he says, recalling his newfound status as a go-to hip-hop producer. That had come thanks to the breakout success of his career-making singles for DaBaby (“Suge” and “Bop”), as well as his work on what would become Roddy Ricch’s career-making album, Please Excuse Me For Being Antisocial. “I hit Billboard, I have a Platinum track and I worked with all of the artists I wanted to work with at the time. It was like, ‘S–t, I don’t know what else I want, as far as accomplishing things as a beat producer.’ Then I realized… I don’t have no Grammy.”

With that, he sent off a fateful tweet: “new goal: Grammy.“

Less than a day later, Jetson had gotten one step closer to his dream. When the list of 2020 nominees was revealed, “Suge” snagged a nomination for best rap song. It was only the latest coup for the budding up-and-comer’s reputation as not just a buzzy name in hip-hop but a mainstream force to be reckoned with, regardless of the fact he didn’t eventually take home an award.

“I always try to take something out of it, so getting nominated was just a good experience,” he tells Billboard from an Atlanta-area studio that he’s been working out of lately. “Losing was honestly good for me because it brought me back to reality and made me look in the mirror and say, ‘Well, I’m still Jetson. I still got tracks and I’m still one of the hottest producers in the game. It just made me readjust my focus [on my goals].’”

Jetson can reliably muse about his seemingly overnight success, thanks to his savvy navigation of the industry — a journey which started in his hometown of Columbia, South Carolina. Growing up, he enjoyed two polarizing musical influences: church hymns courtesy of his mother and “whatever felt good” that his father was listening to.

“Whether I was in church singing about God or with my pops hearing songs about having sex with a bunch of women and counting money, no matter the content, I was always looking for the music,” he remembers of his sonic foundation. “Feeling that versatility and idea of the best of both worlds, that’s what I took out of it.” First taking up the drums as a kid with an eye for a Travis Barker-type career, he transitioned to producer when he was only in seventh grade, initially learning software know-how via YouTube.

However, Columbia, South Carolina isn’t so much a hotbed for hip-hop as, say, Miami or Atlanta, and what seemed like a drawback of the region soon became a key to the producer’s success. “Before I made a name for myself, I was traveling around Atlanta — but soon realized, ‘Hey, I don’t know anyone here,’” he explains. “I’m not antisocial, but I just stick to my circle.” After a stint in Atlanta, it wasn’t until Jetson moved back home to Columbia did he begin to gain traction.

“I connected with the people I could connect with, and at the time those were only people from South Carolina,” says Jetson, who worked out of an apartment he shared with his girlfriend and garnered his first cut with 21 Savage (2015’s “Slime”) through those Carolina connections. “I perfected my sound there first, and I got to a position where [to this day] I’m working with people where I’m from. Traditionally, you’d have to work with a mainstream artist to break out, rather than up-and-coming artists from the Carolinas.”

In fact, it’s Jetson’s penchant for working with obscure names he would later help turn into superstars that has set the producer apart — whether its his collaborations with Ricch, DaBaby, or Lil Keed. He recently extended that streak with the 21 year-old Kentucky rapper Jack Harlow, who earned his first Hot 100 hit with “WHATS POPPIN,” a joint production between Jetson and PoohBeatz. The track is still rising on the chart, hitting a new peak of No. 74 this week. “Jack is probably the most fun person I’ve worked with,” he says of their session. “I reached out to him in November and honestly just saw potential.”

“Our first couple days we were working well, but it took a little longer to warm up to one another on a friend level I think,” Harlow says to Billboard about his relationship with the producer. “Now we laugh and joke and say wild s–t to each other. He even introduced me to his mom on FaceTime and told her I’m his first white friend.”

When it comes to the piano-driven beat, Jetson says the two first worked on a bevy of previous demos where Harlow was singing. “Pooh came in with the beat and Jack was like, ‘Hold on, I want to rap,’” recalls Jetson. “I told him, ‘Bro, pop your s–t and rap, for real. He went into the booth and that’s how it came out.”

Harlow, meanwhile, says it’s Jetson’s decisive attitude in the studio that makes him push harder as an artist: “He exudes a lot of confidence in the decisions he makes in the studio, which gives me faith while we work,” Harlow says. “Overall, he just has a great ear for what’s sonically attractive to people.”

Harlow’s subsequent success and breakout status was a continued vindication for the young producer’s knack for bucking the status quo. “In the industry, people will try to box you in,” he says. “They’ll say, ‘You’re hot so you need to work with all of the hot people.’ It’s like, ‘Nah.’ At this point, I should be dropping tracks with the biggest artists — but it’s refreshing to start at the bottom with somebody. Now Jack has his first Hot 100 and I’m showing people I can do it again — because the same thing happened (with DaBaby) last year.”

Currently in the studio with “a bunch of artists who you probably don’t know about” (among them: South Carolina’s PG Ra), Jetson is now setting his sights on a new mission: landing his first Hot 100 No. 1.

“It wasn’t necessarily a goal of mine, but I check the charts every week,” he says, with his highest charting Hot 100 song thus far being the No. 7-peaking “Suge.” “I’m just now starting to learn how Billboard works, but it just makes me motivated. I want that No 1 spot, because all I know is that I ain’t working hard enough yet to be at the top of that list.”